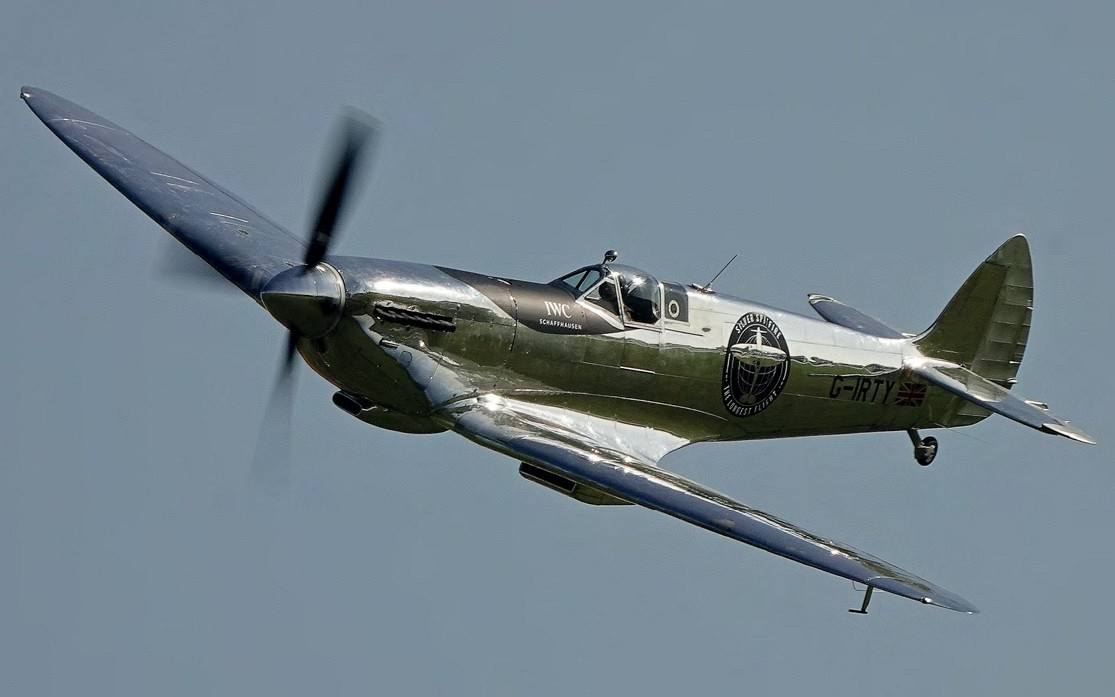 John Romain up in Spitfire MJ271 at Duxford on 27 June, its first flight since 1953.
DAVID WHITWORTH

Combat veteran Supermarine Spitfire IX MJ271/G-IRTY made its first flight for 66 years at Duxford during the afternoon of 27 June with John Romain at the controls. The machine has been rebuilt by Historic Flying for the Boultbee Flight Academy (BFA), and in August is scheduled to head off on a 27,000-mile, four-month round-the-world flight, the two pilots being BFA founders Steve Boultbee-Brooks and Matt Jones.ones.

The fighter will depart Goodwood on 5 August and visit several countries where a Spitfire has never before been seen. 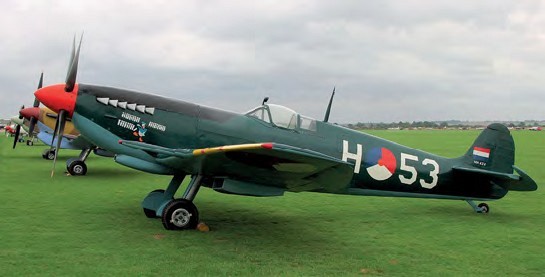 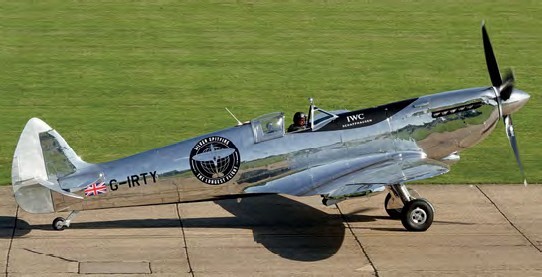 Sunglasses will be required whenever MJ271 appears on anything other than the dullest day.
DAVID WHITWORTH

Built at Castle Bromwich in October 1943, MJ271 was allocated to No 411 (Polish) Repair and Salvage Unit the following month, and was operated from Heston, west London and Coolham advanced landing ground in Sussex, supporting the 2nd Tactical Air Force. In February 1944 MJ271 went to Detling, near Maidstone, Kent to join No 118 Squadron, with whom it fiew 16 sorties.

After being transferred to No 132 Squadron, also at Detling, on 26 March, it went on to fly 20 combat sorties, several escorting B-26 Marauders, B-25 Mitchells and A-20 Bostons. On 13 April Fg Off H. L. Smith had a lucky escape while on a ground attack mission when the bomb MJ271 was carrying hung up, and he had to land back at Detling with it still attached.

Six days later, Flt Sgt J. E. Ford in MJ271 shared a Junkers W_34 kill over Bad Münstereifel, south-east of Cologne. The Spitfire was damaged in a wheels-up landing on 9 May and saw no further combat. In November 1946 the now rather elderly fighter went to the Royal Netherlands Air Force, managing nearly seven more years’ service before being retired in September 1953. It then became a decoy airframe at Volkel in the southern Netherlands, and in January 1959 went to the War Museum at Delfzijl in the north-east of the country, where it was displayed on the roof. In 1973 MJ271 was transferred to the Anthony Fokker Technical School in the Hague, and in September 1976 moved to the Aviodome museum at Amsterdam-Schiphol for restoration by a team led by that stalwart of Dutch aircraft preservation, Harry van der Meer. It was finished in 322 Squadron markings to represent a Dutch Spitfire that had operated in Indonesia.

Following the closure of the Aviodome and the move of its contents to the Aviodrome at Lelystad in 2003, a change of policy saw the Spitfire being exchanged with Historic Flying for an ex-Swedish target-towing Fairey Firefly I, PP469/SE-CAU. MJ271 duly arrived at Duxford in August 2006.