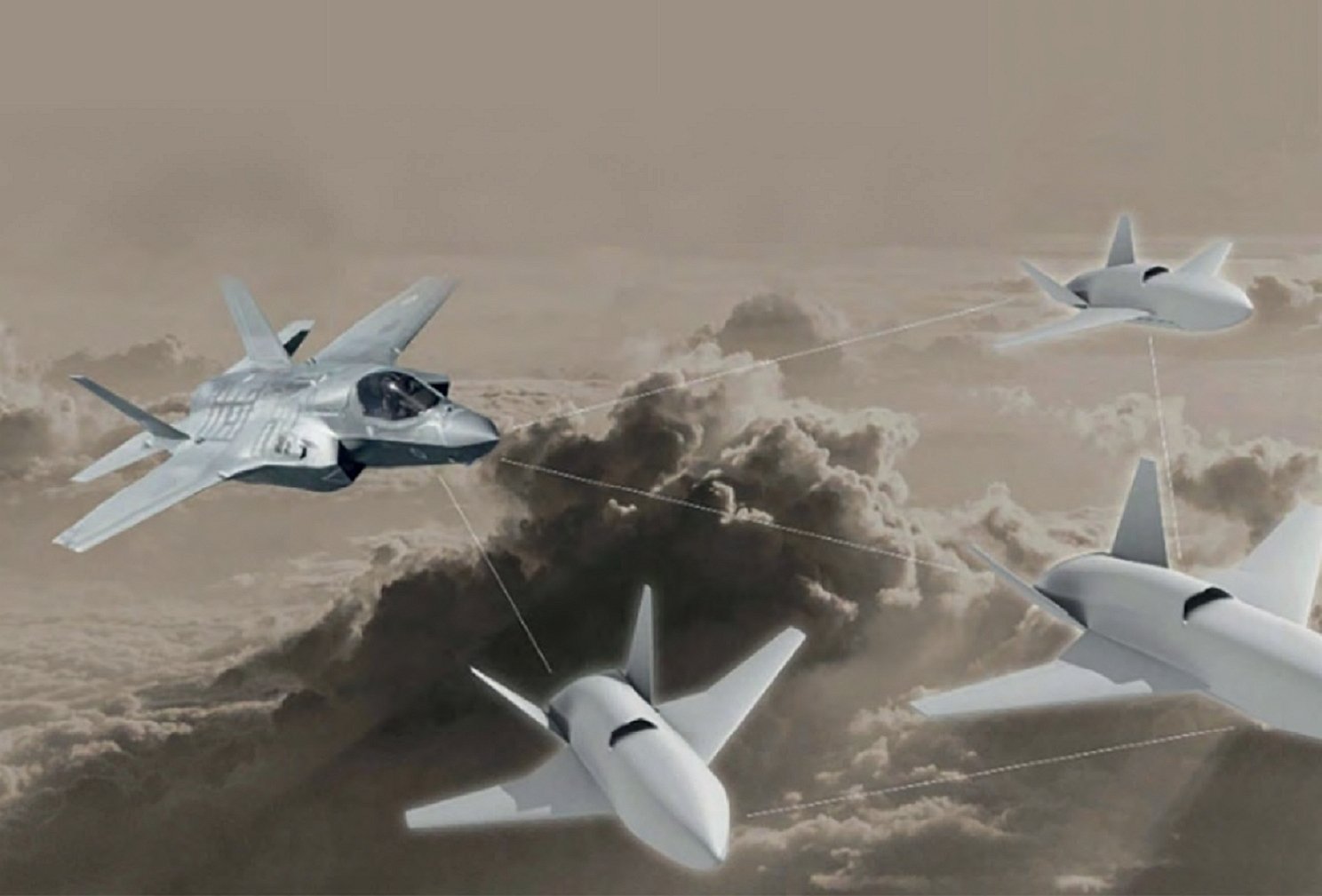 An official computer-generated impression of a UK F-35B controlling a ‘swarm’ of unmanned aerial vehicles of the type that could be developed under the LANCA program.
Dstl