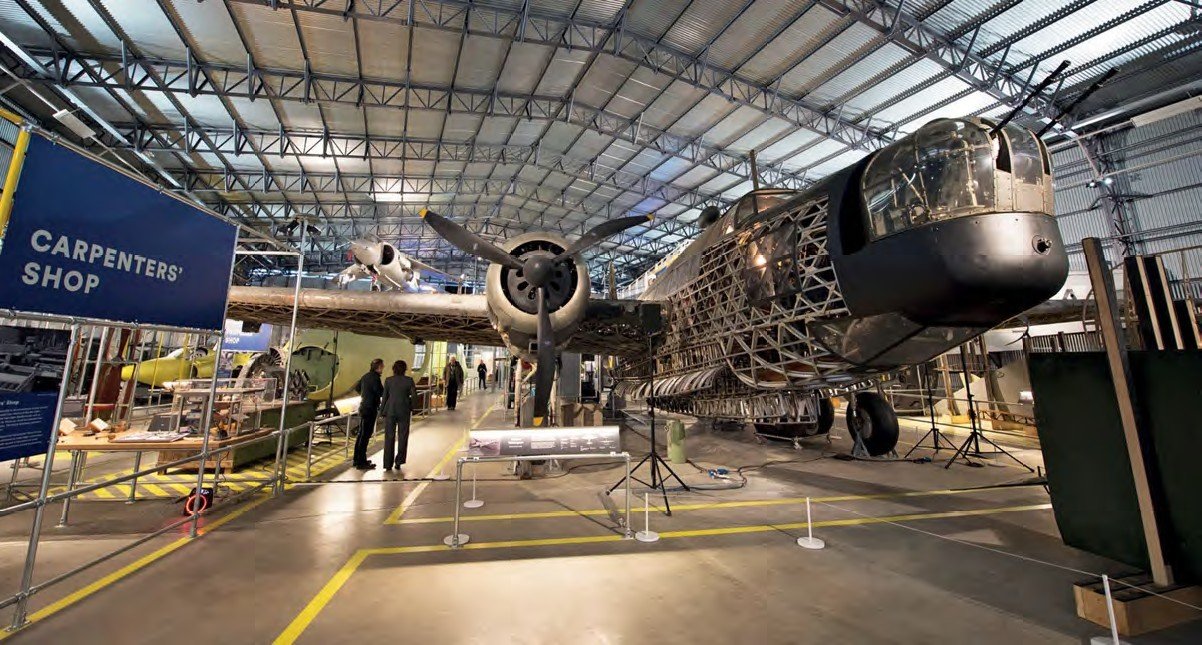 The £8.25-million, Heritage Lottery Fund-supported Re-Engineering Brooklands project came to fruition on 13 November when HRH Prince Michael of Kent officially opened the newly completed Aircraft Factory and Flight Shed at the Brooklands Museum in Weybridge, Surrey in front of more than 300 guests.

The Grade II-listed Bellman Hangar — which has been restored and reassembled a short distance from where it sat between 1940 and 2016 on the former Brooklands racing circuit — now houses an immersive exhibition space quite unlike anything seen at any other aviation museum in the UK. The building has been designed to evoke an authentic factory floor atmosphere, and the various elements in the two new exhibition spaces ably tell the story of aircraft design, testing and manufacturing at Brooklands over an 80-year period.

As previously, Vickers Wellington Ia N2980 ‘R-Robert’ dominates the hangar, but its exposed, geodetic structure now doubles as a highly effective fulcrum for a wealth of interactive work-stations that fan out around the bomber, enabling visitors to try out various aircraft-building skills for themselves, from fabric stitching to sheet metal forming.

The project has been developed over the past 10 years, headed by Brooklands Museum director and CEO Allan Winn and project lead Valerie Mills, the commercial director at Brooklands. Allan Winn says, “There is, of course, tremendous satisfaction at having completed the project and seeing it delivering even more than we first envisaged when we embarked on it. The aim was to deliver something truly transformative, not just of the hangar and its displays, but of the whole museum, and we’ve done that. The standard of the new displays and interpretation is the benchmark we’re aiming for over the whole of the site, both motoring and aviation, in the coming years. What we’ve done here is unique, and thoroughly in keeping with the significance of Brooklands and other nearby sites in Surrey, where all the achievements we’re celebrating actually happened.

“The biggest challenges we faced were decontaminating a site which had been used for many years as an industrial dump; persuading quite a few of our stakeholders, especially in the early days, that what we were proposing to do was both right and achievable, and getting the funding for our biggest and most ambitious project ever. And hoisting our Hawker P1127 20ft into the air was a challenge too. The easy bits were getting the whole project team — staff, volunteers, contractors and consultants — united behind the task of delivering the vision, and digging out from our stores and existing displays more than enough objects to fill the new exhibitions.” 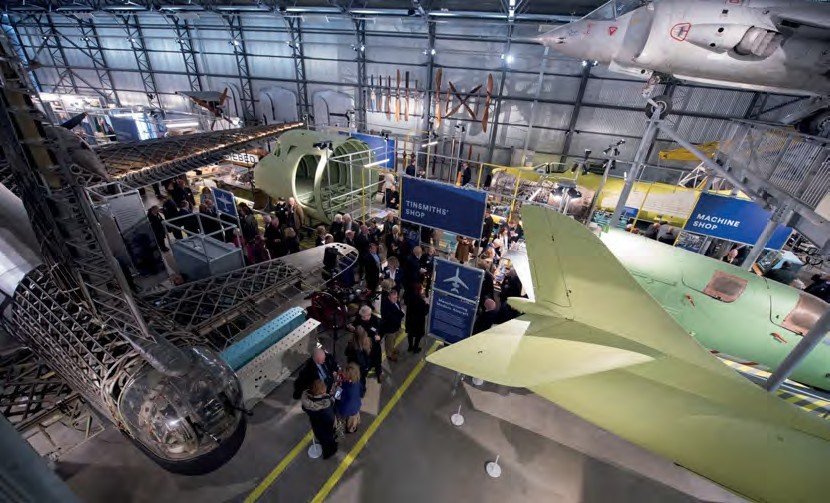 ABOVE: The view from the Aircraft Factory mezzanine, with the fuselage of the world speed record Supermarine Swift F4 WK198 in the background, a BAC TSR2 nose in the middle, former Royal Danish Air Force Hunter E-412, and the nose of a Vickers Viscount.
BROOKLANDS MUSEUM

Unlike most Ministry of Defence sites, where most redundant ‘kit’ is either scrapped or otherwise disposed of, those who worked in the various sections of the Brooklands factory complex — which was developed and closed down in a wonderfully British, piecemeal fashion — seem to have squirreled away much of the interesting ‘stuff’, either on site or in the general locality. Sir Sydney Camm’s desk and Hawker chief test pilot ‘George’ Bulman’s kneepad — which he wore while taking the prototype Hurricane, K5083, up for its maiden flight on 6 November 1935 — share the space with a 1970s union banner, exquisite company sales aircraft models and wind tunnel models, and a wide variety of factory signage, providing a potted history of 20th century typefaces. 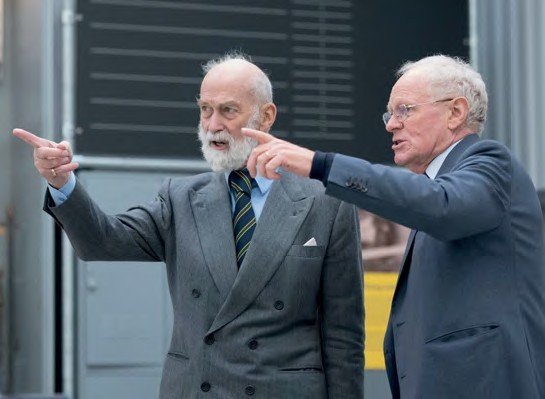 Brooklands Museum estates and heritage manager Julian Temple says, “Having worked here since 1986, I am delighted to see that our curators and exhibition designers managed to include so many original historic artefacts, photos and background information in the new displays about the local aircraft industry. I well remember helping the museum to acquire much of this now historic material over the past 30 years, particularly during the closures of Surrey’s three remaining aircraft factories at Brooklands, Dunsfold and Kingston.”

Over the past 30 or so years, there is no other aviation museum that has been as proactive as Brooklands in acquiring a collection of such site-specific aircraft from far and wide. Allan Winn comments, “Amongst a horde of projects now waiting to be tackled, the museum’s most urgent priority is to get its unique collection of post-war Vickers and BAC airliners and trainers — Viking, Varsity, Viscount, Vanguard, VC10, BAC One-Eleven and Concorde — under cover, both to protect them for future generations and to properly interpret the amazing progression in technology; from the piston-powered, unpressurised, taildragger Viking of 1946 to the supersonic Concorde of 1969, all the products of the same design office and factory at Brooklands.”