In recent months, the Russian Aerospace Forces and Airborne Forces have taken part in a series of exercises to test new ideas and concepts for rapid intervention missions. The largest so far was Exercise Tsentr-2019. Dmitri Sribnyi reports from Donguz in the Urals region. 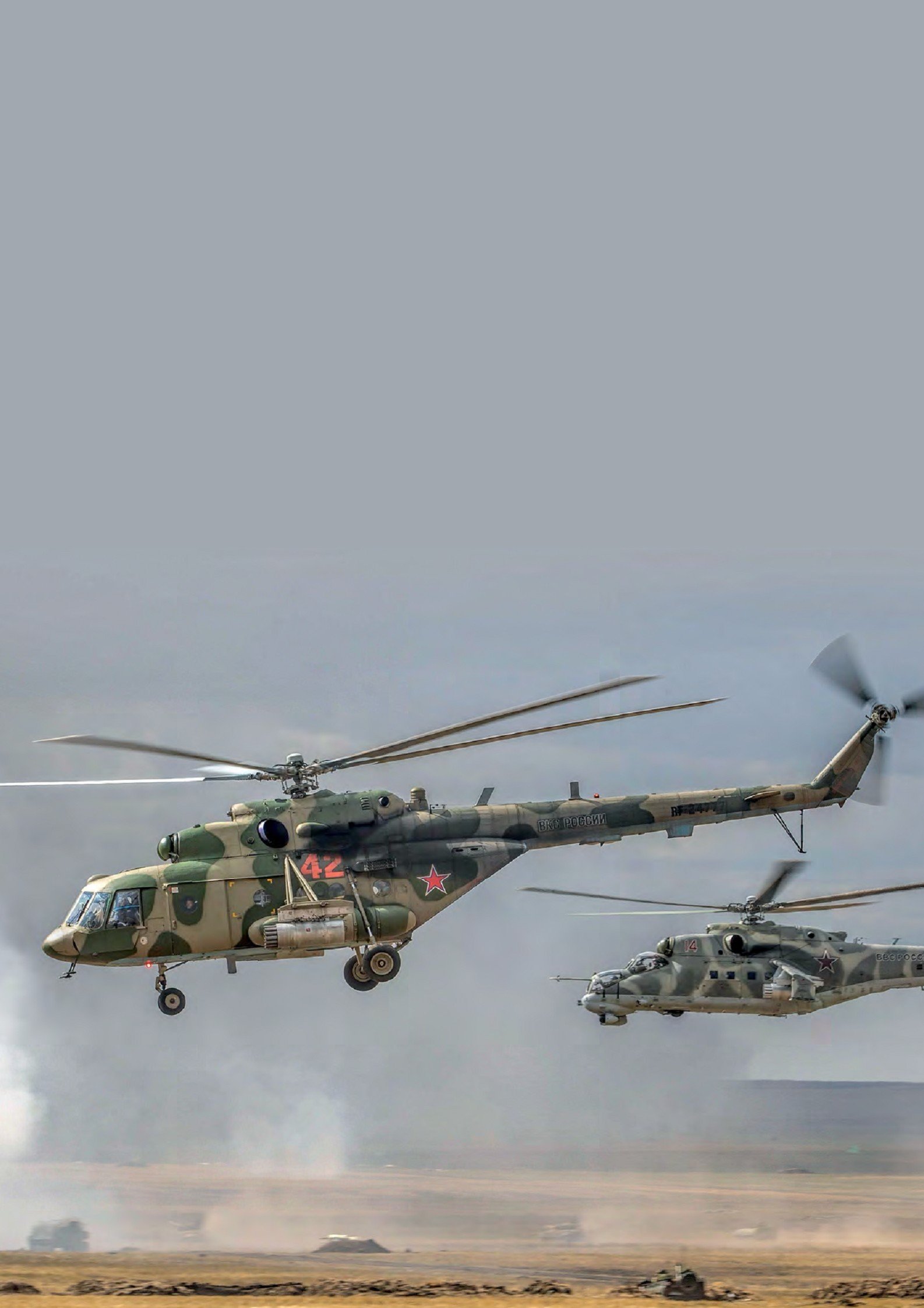 Both armed with B-8 pods for 80mm calibre unguided rockets, Mi-8MTV-5 ‘42 Yellow’ and Mi-24P ‘14 Red’ support an armoured assault on the battlefield at Donguz. These rotorcraft belong to the 440th Independent Helicopter Regiment at Vyazma. Dmitri Sribnyi
A strategic command-staff exercise (strategicheskiye komandno-shtabnyye ucheniya, SKShU) is held annually as the final stage of combat training for the armed forces of the Russian Federation. Each year, the series rotates through the four main Russian operational strategic commands – Vostok (Eastern), Zapad (Western), Tsentr (Central) and Kavkas (Southern). This year was the turn of the Central Military District – Tsentr.

The cited purpose of the manoeuvres is to verify the level of training among the troops and headquarters, expand the combat training to which troops are exposed and increase the level of interaction with armed forces from other countries that participate. The latest exercise also demonstrated the readiness of Russia and the states of the Central Asian region to protect their national interests.