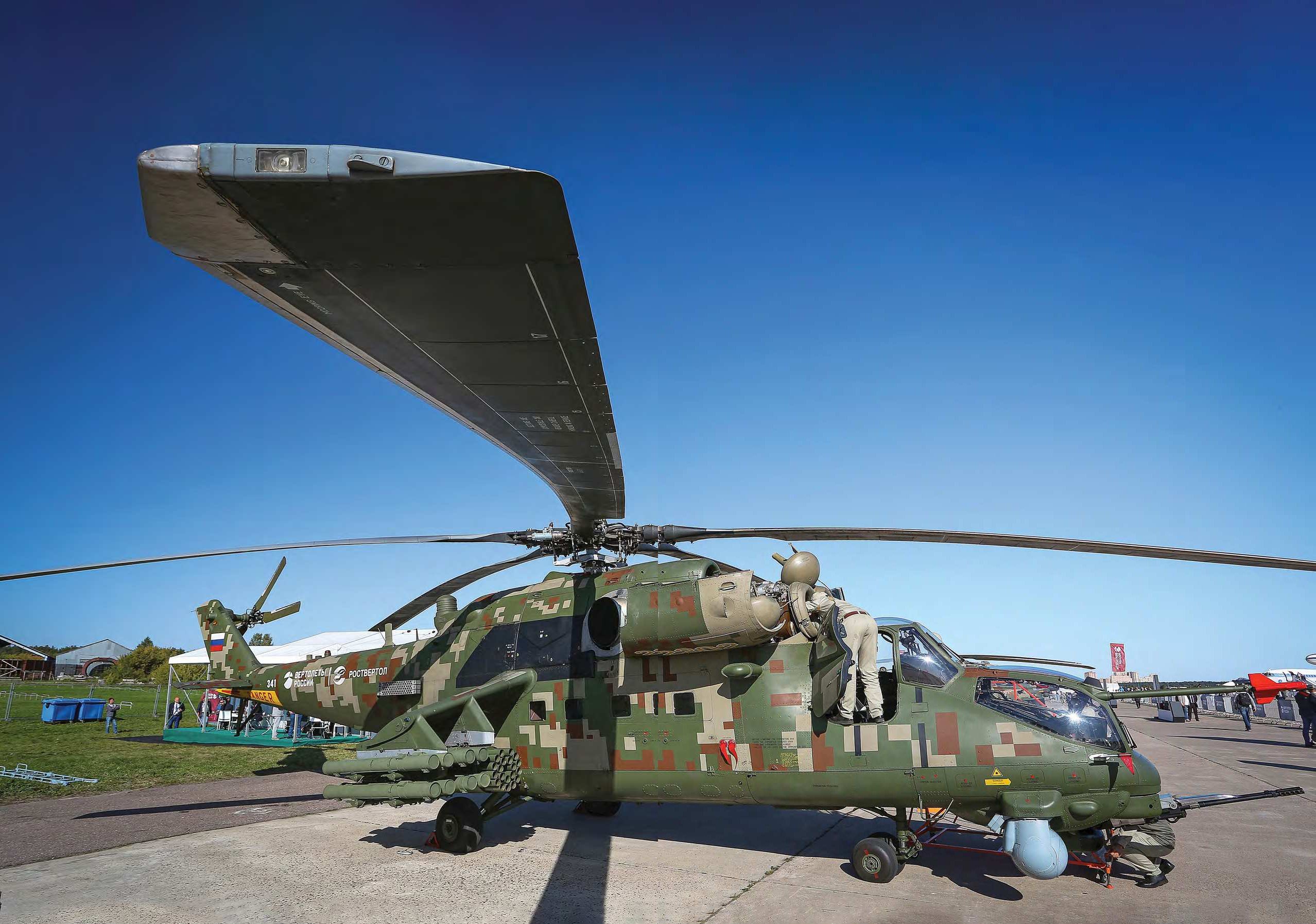 The Mi-35M Hind is being promoted by Rosoboronexport as a multi-role combat helicopter endowed with day/night attack capability and at the same time capable of transporting up to eight fully equipped troops or providing medical evacuation of up to four casualties
All images by the author, unless stated

War in Ukraine and international sanctions have had a huge impact on Russia’s bold ambition to export its military helicopters to the world. Back in 2007, the aim was to grab 10% of the global market, mainly in its defence segment. By 2017, this target was exceeded by far, as Russian Helicopters – the umbrella holding that controls all major design bureaus and big manufacturing plants of the country’s rotorcraft industry – reported an expanded market share of about 15%.