Piotr Butowski explains the Yak-152, which made its debut at MAKS 2017 and one of two types of trainer aircraft on show 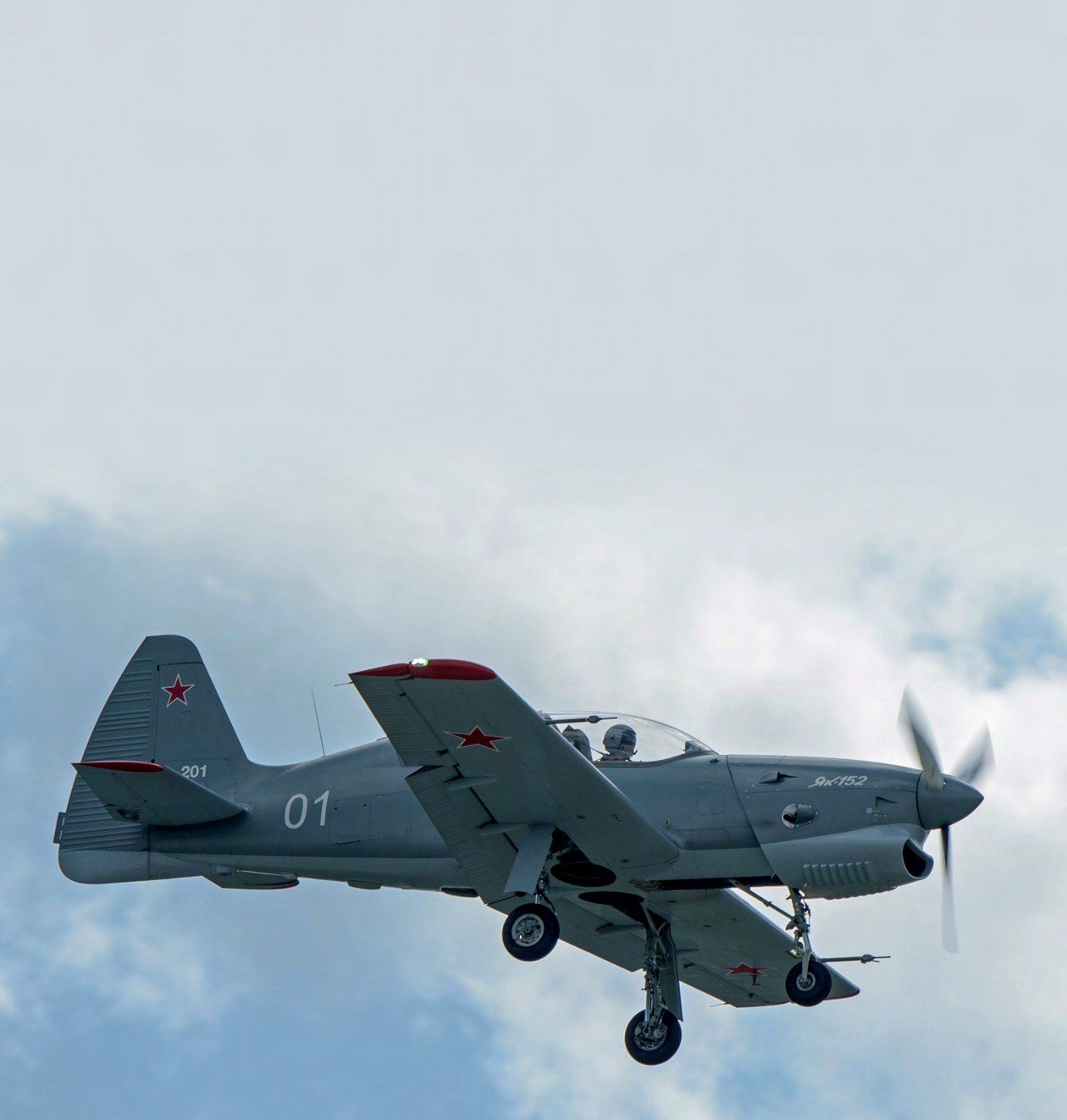 The Yak-152 is the new primary trainer aircraft selected for the Russian Air and Space Force. Two Yak-152s were on show at the Zhukovsky MAKS 2017 air show; aircraft 01, finished in a grey colour scheme, took part in flight display and aircraft 02, in a red, white and yellow livery, on static display. The latter had not flown until the air show. Further aircraft are in production. In accordance with a Russian Ministry of Defence (MoD) contract for research and development of the Ptichka- VVS (little bird), the Irkutsk Aircraft Plant (IAZ) will produce two Yak-152 prototypes for flight testing and two for strength and fatigue testing. In September 2015, Russian deputy minister of defence Yuri Borisov announced the MoD intended to order 150 Yak-152s, a type designed for pilot selection and primary training by the OKB Yakovlev design bureau in Moscow. Production is being undertaken by the IAZ plant; both OKB Yakolev and IAZ are part of the Irkut Corporation.

OKB Yakovlev’s Yak-152 chief designer, Dmitry Drach, is satisfied with the aircraft: “For the first time in 30 years we have developed a new aircraft dedicated to general aviation.” 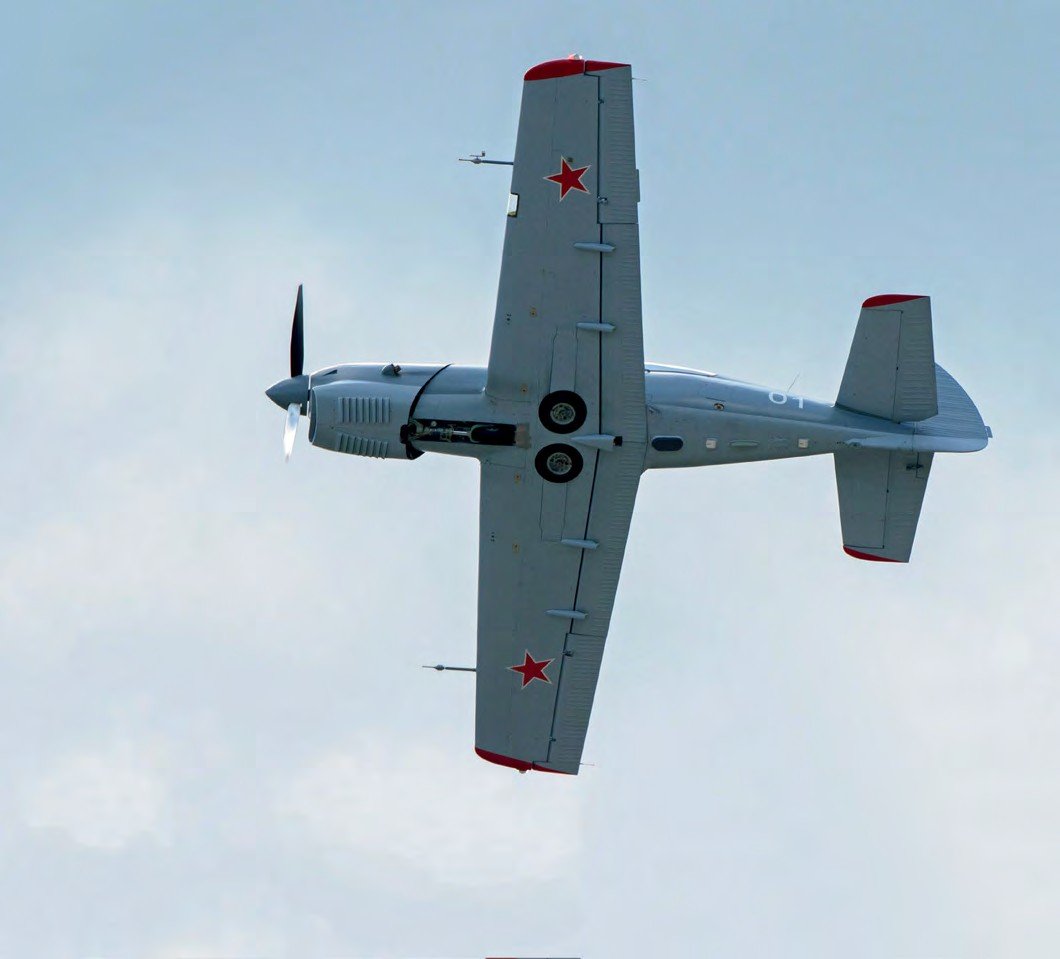 The first Yak-152, side number 01, has been in flight test since September 29, 2016. At MAKS, Drach declared the Yak-152 will commence state evaluation this autumn.

OKB Yakolev has designed the Yak-152 with a simple and robust metal airframe with only a few small elements, such as the cowling, spinner and wingtips, made of composite materials. During strength tests the airframe withstood a load of 13.5g, which is equal to an operational loading of 9g (with a coefficient of 1.5). Formed by the latest aerodynamic design, the wing produces a considerable amount of lift and prevents spin. In contrast with the 1974-model Yak- 52, which is still used in Russia for pilot training, the Yak-152 has a much greater power-to-weight ratio. As a result, Drach said the aircraft achieves a climb rate of 12–13m/sec (39-42ft/sec), and airspeed has increased from 150 to 200kts (280 to 370km/h).

The landing gear, made by Aviaagregat, uses strong, long-stroke struts with lowpressure tyres. The student (in the front cockpit) and instructor sit in tandem under a single canopy, both on Zvezda SKS- 94M2-152 seats.

Placed on display right next to the Yak-152 on static display was an A03T V12 engine, produced by RED Aircraft GmbH, a company founded in Adenau, Germany, by Russian immigrant Vladimir Raikhlin. (RED stands for Raikhlin Engine Development.)

Assembled and serviced in Russia by Russo-Balt (Russo-Baltique), a company co-owned by Vladimir Raikhlin, the A03T sixcylinder Diesel engine has European, Russian and US certification. Rated at 368kW (500hp) of take-off power, on the Yak-152 the engine drives a three-blade MTV-9-E-C propeller. According to Dmitry Drach, the engine has already been adapted for inverted flight, with negative g.

The propeller-driven Yak-152 and the Yak- 130 jet are part of a joint training system. To ensure smooth transition from one aircraft to another, the Russian Air and Space Force has ordered an avionics suite and cockpit for the Yak-152 similar to those used by the Yak-130. 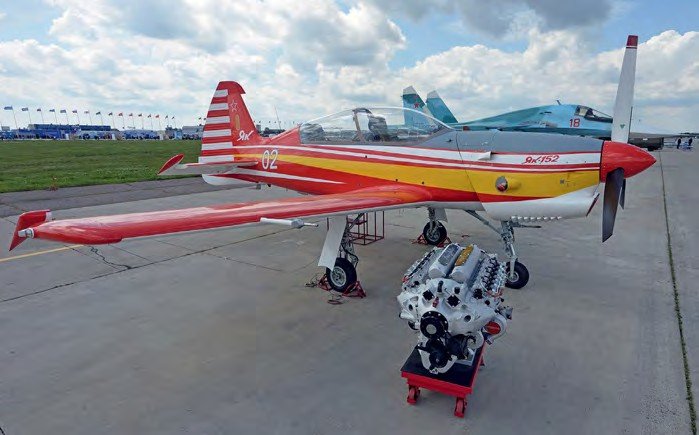 An example of a RED Aircraft GmbH A03T V12 engine was displayed with the second Yak-152 prototype, side number 02. The second Yak-152 is painted in a red, white and yellow livery to promote the type to the civilian market.

Yak-152s built for the civilian market will feature a lower-specification avionics suite without military navigation, communications and IFF systems.

Advertised by its manufacturer as the candidate for a Russian Air Force trainer aircraft and adorned with the inscription ‘Russia’s Air Force’ on the vertical fin, the SR-10 jet trainer also participated in the flying display at MAKS 2017.

The SR-10 has been under development by a private Russian design bureau KB SAT (Sovremyennye Aviatsyonnye Tekhnologii, Modern Aircraft Technologies) since 2007. Its maiden flight was made on December 25, 2015, and it is undergoing flight testing at Kubinka Air Base.

A distinctive feature of the SR-10 is its moderate 10° forward-swept wing. The airframe is made entirely of composites. The SR-10 prototype SR-10 is powered by a single Ukrainian Ivchenko AI-25TL turbofan rated at 16.87kN (3,792lb), taken from a Czech L-39C trainer. Production aircraft will be powered by a Russian engine of similar class to, for example, the Saturn AL-55, Salyut SM-100 or Soyuz RD-2500.

In 2014, the SR-10 design was submitted to the Russian MoD as a contender in a competition for a new elementary and basic training aircraft, but lost out to the Yak-152. Despite the defeat, KB SAT is still offering the aircraft to the Russian Air Force, as a transition trainer to fill the gap between the propeller-driven Yak-152 and the twin-jet Yak- 130. However, a Russian military order for the SR-10 seems highly unlikely, since there is no need to introduce another aircraft between the Yak-152 and Yak-130. Private owners who like unusual and attractive looking aircraft may give the SR-10 a chance to win orders. 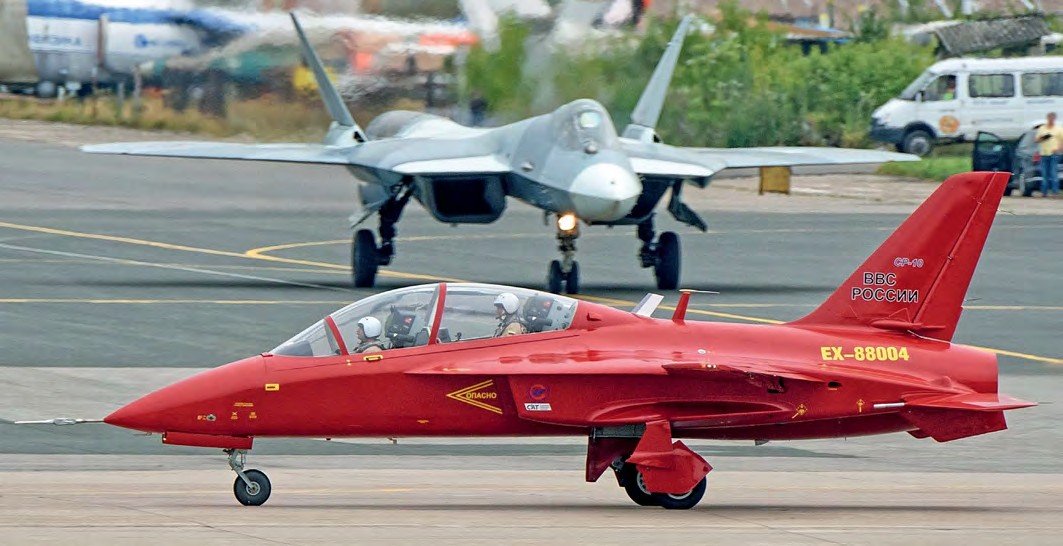