Developed by Philip Ubben and Khamsin, the SA 315B Lama for X-Plane 11 is an authentic recreation of the actual helicopter sporting a detailed 3D model with a realistic flight model and systems simulation.

The Lama features high-definition textures made by Khamsin with PBR (Physically Based Rendering) effects, an animated rotor head and blade flex, a high-quality physics-driven FMOD sound set and a flight model tested and approved by actual SA 315B pilots. 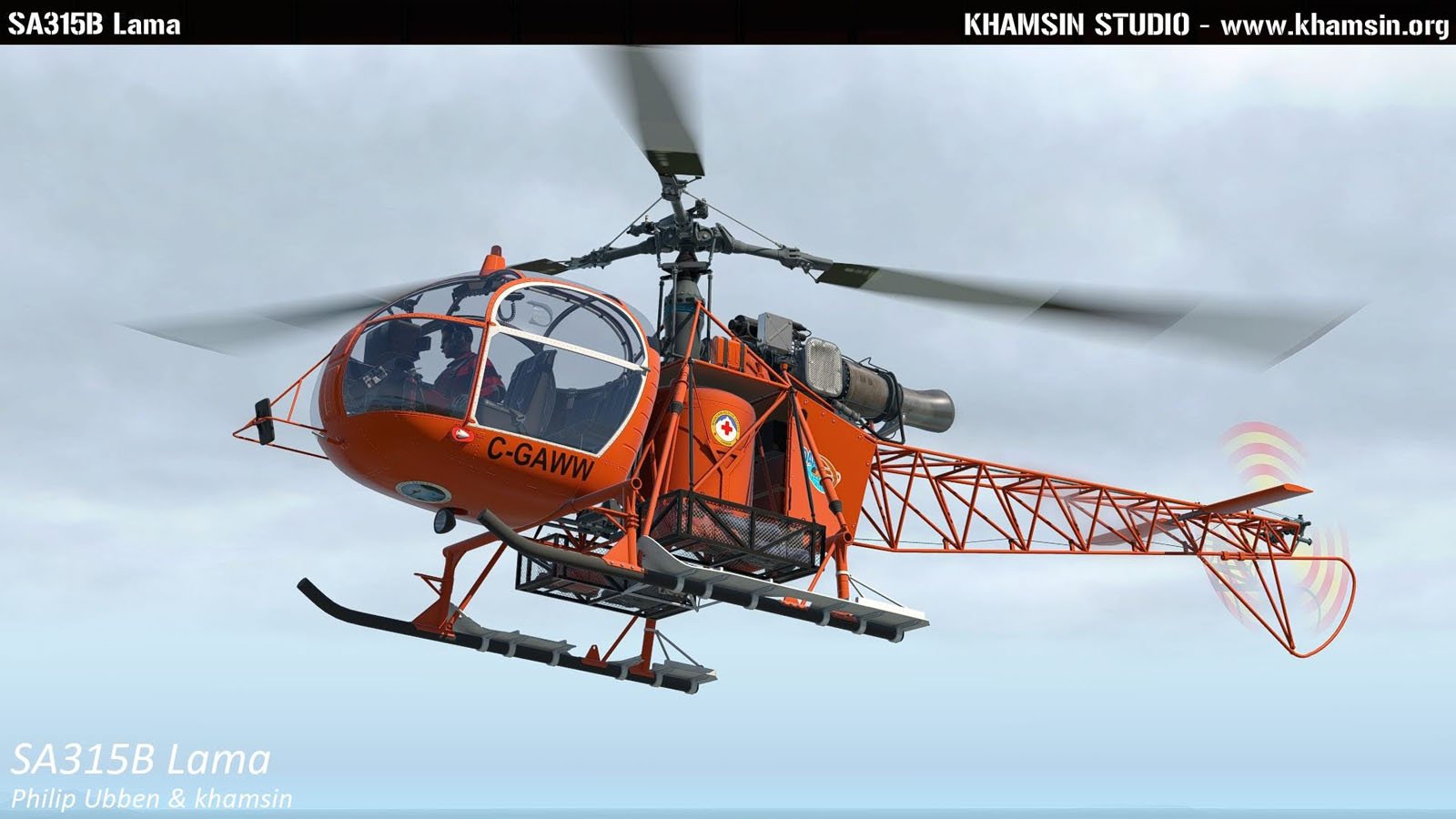 A 3D-tablet can be used to set the weight-and-balance, attach or detach external loads and toggle effects for glass reflections, downwash effect and Avitab integration. It is VR (Virtual Reality) compatible and is designed for high frame rates. 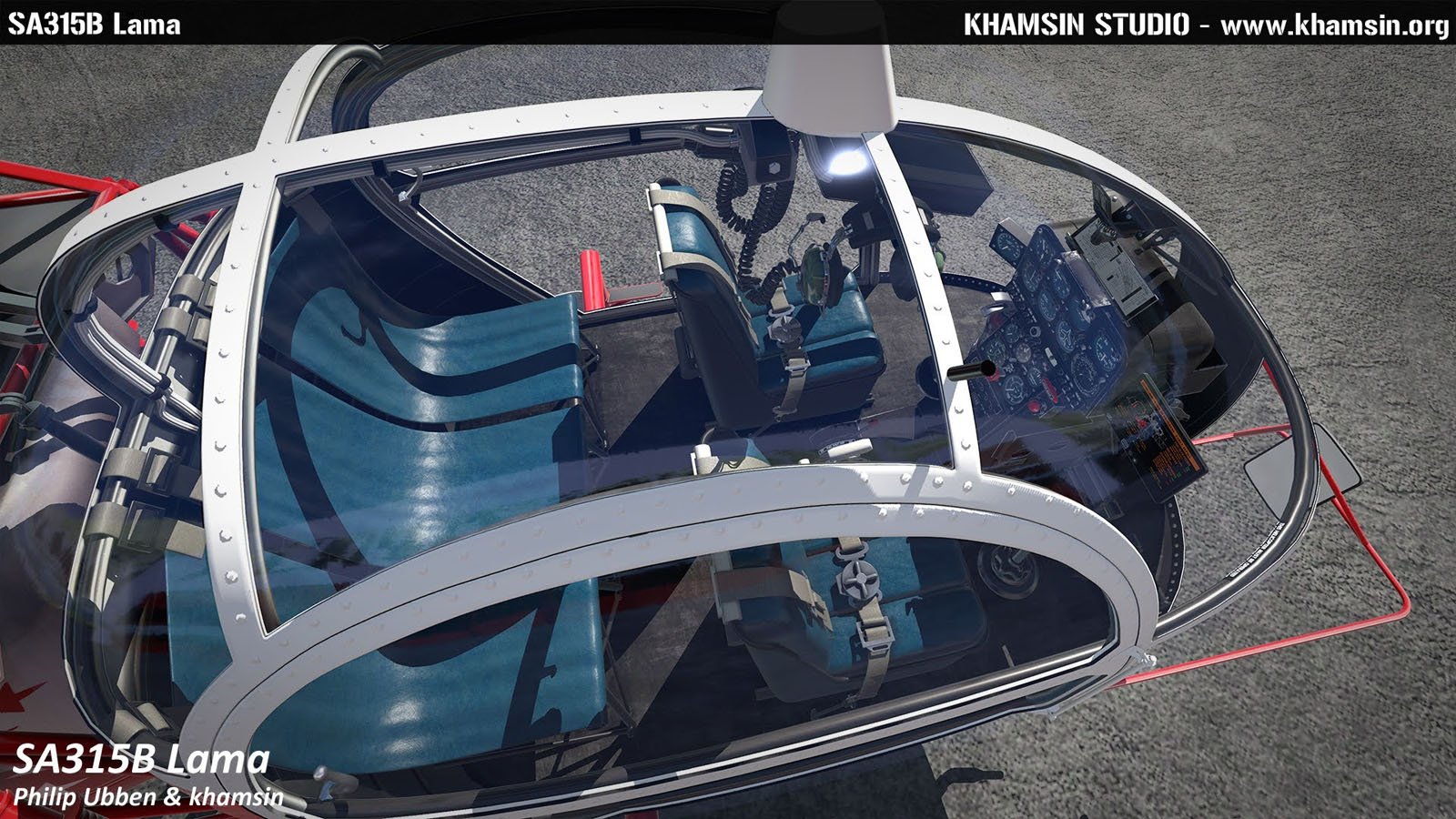 The Real Machine
The SA315B Lama light multi-role helicopter was developed by Sud Aviation (later Aérospatiale and now Airbus Helicopters) for the Indian Air Force to operate in hot and high environments. It can hover at an altitude of 4,600ft and held the absolute altitude world record between 1972 and 2002 with an altitude of 40,814ft.