The French Air Force remains committed to Opération ‘Barkhane’ in the Sahel region of Africa, with its strength concentrated at the Base Aérienne Projetée in Niamey, Niger. 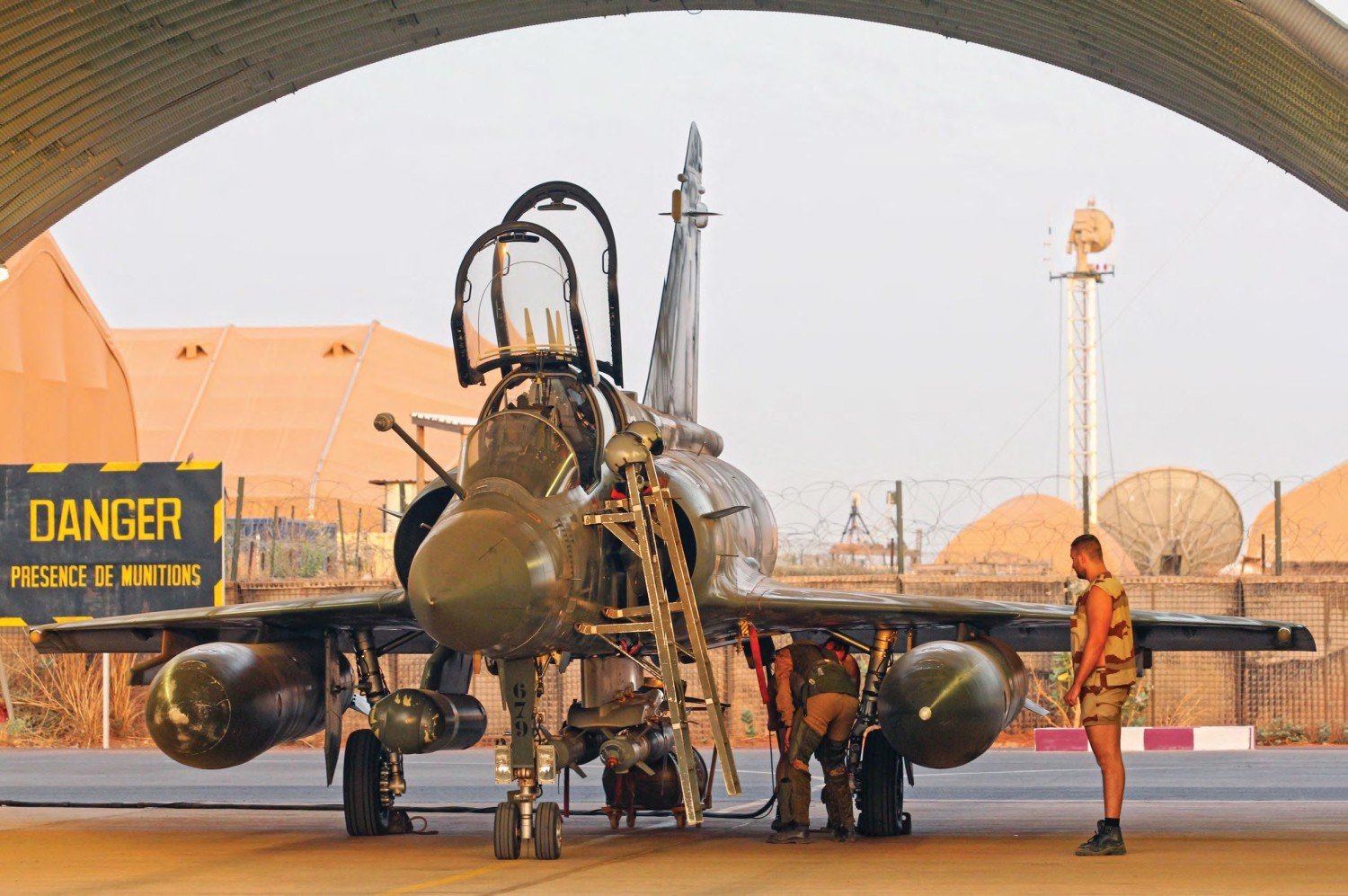 A Mirage 2000D is prepared for an evening mission at Niamey.

FRANCE HAS MAINTAINED a quiet, yet important, counterinsurgency operation in Africa’s Sahel region since August 2014 under Opération ‘Barkhane’. Around 3,000 French troops are dispersed in five countries that are former French colonies in the region — Burkina Faso, Chad, Mali, Mauritania and Niger. The French Air Force (Armée de l’Air) has been kept extremely busy since it first arrived at Niamey in Niger and created its Base Aérienne Projetée (BAP) — forward operating base — adjacent to the city’s airport.