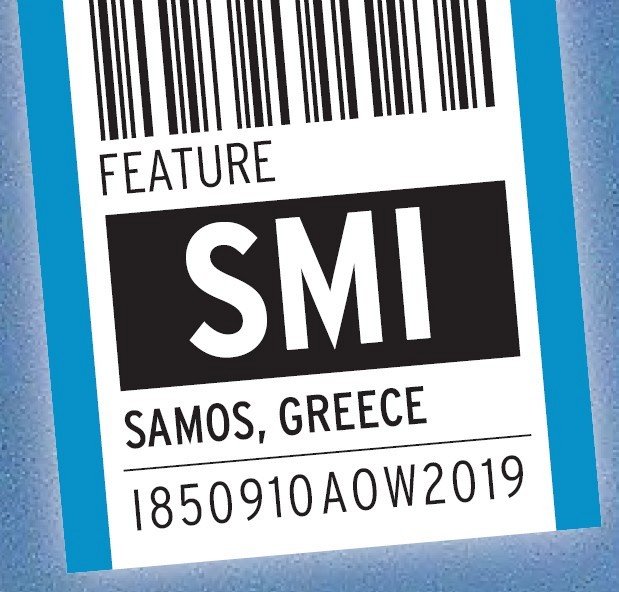 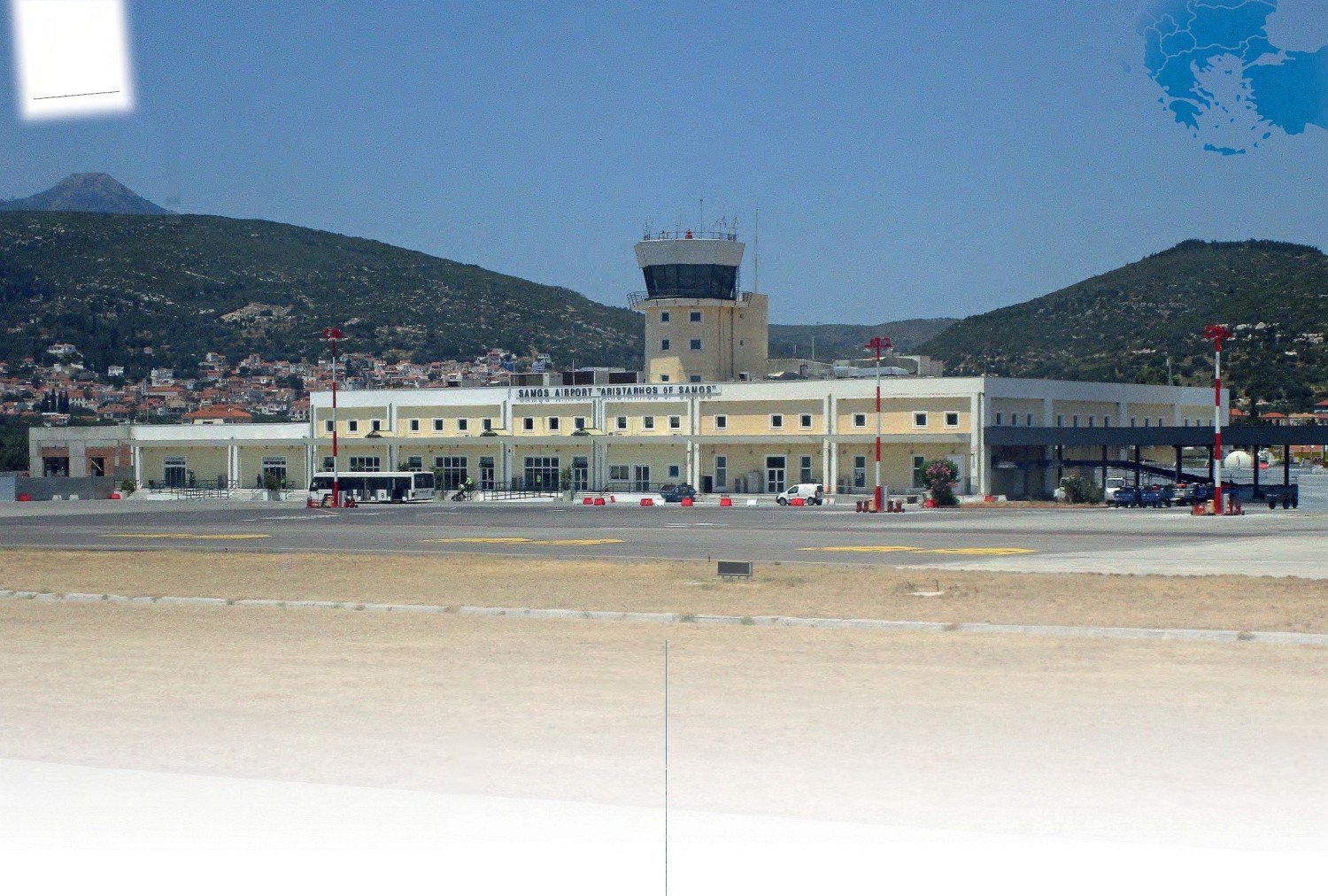 The main terminal building was opened in 1976, it has twice been expanded to cope with increases in passenger numbers. 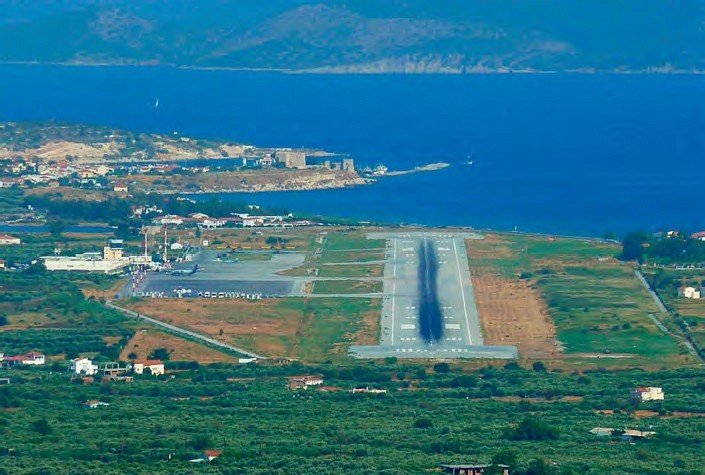 A view down Runway 09 as the aircraft prepares to bank to starboard for landing. A pair of Hellenic Air Force Canadair CL-215s can be seen to the left of the runway.
All photos author

One of more than 6,000 islands under Greek sovereignty, Samos could easily be mistaken for part of Turkey. Separated by the Mycale Strait, it lies just a mile (1.6km) from the Turkish mainland. It was governed by the semi-autonomous Principality of Samos until it became part of Greece in 1912.