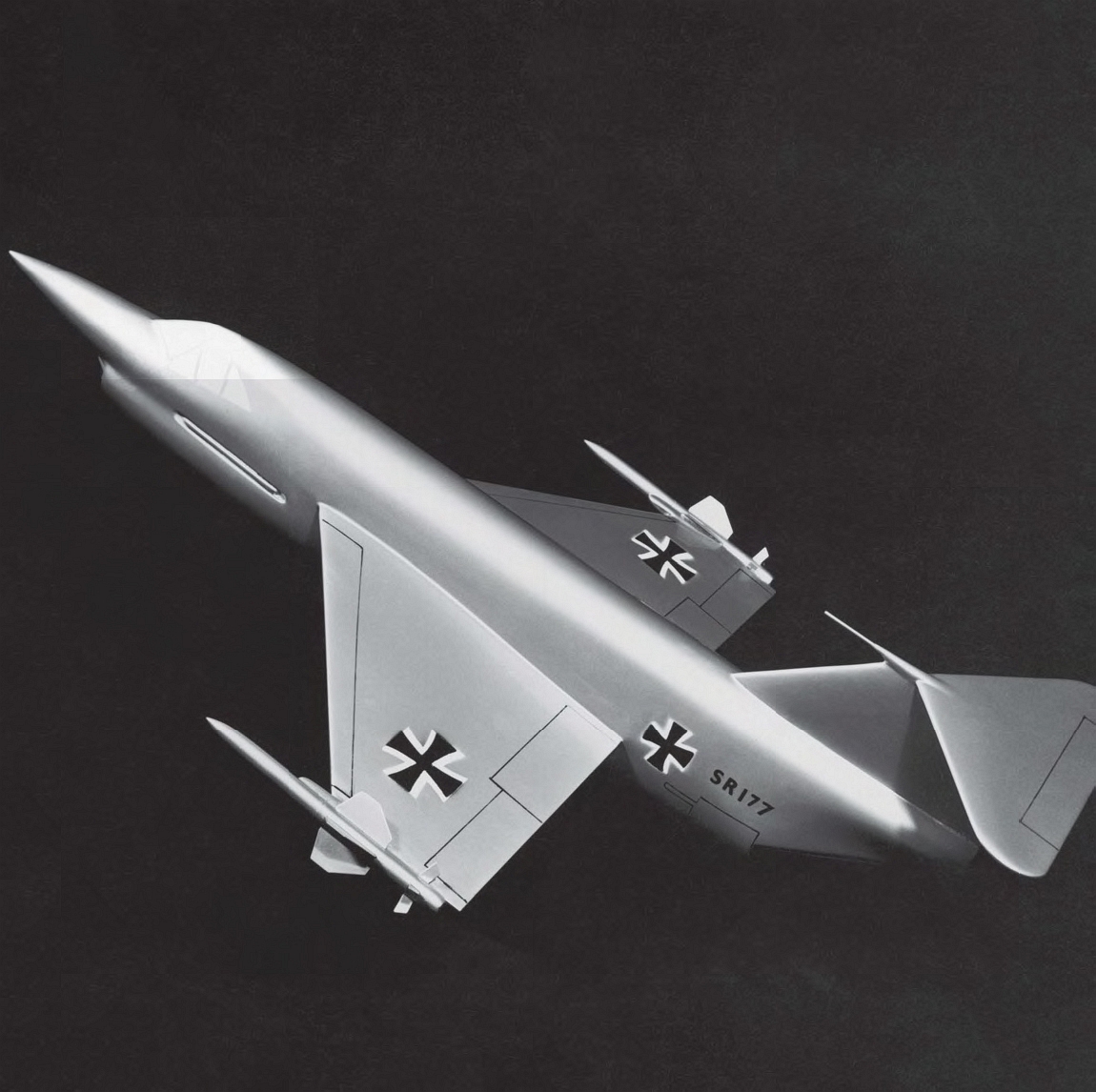 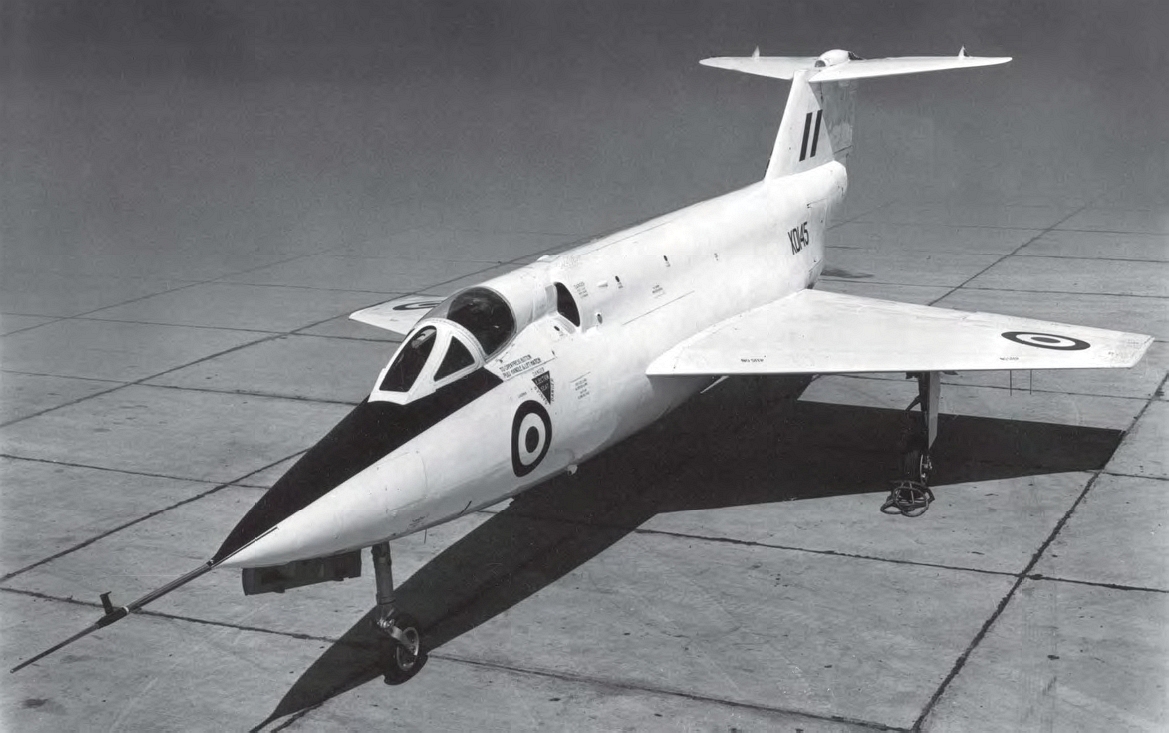 SR53 XD145 at Boscombe Down during the spring of 1957 with the background shaded out for security reasons. This picture was almost certainly taken before the aircraft’s maiden flight. KEY COLLECTION

The Messerschmitt Me 163 Komet rocket fighter’s level speed and phenomenal rate of climb left a big impression on the Allies. By the end of the 1940s, new jet engines then under development were still incapable of providing the first generation of jet fighters with performance anywhere near that shown by the Komet, principally because they did not generate enough power at height. A turbojet loses its efficiency at altitude just at the point where a rocket motor becomes more effective. There was a possibility that a rocket-powered fighter could have its time to high altitude reduced by as much as 80 per cent, a very attractive capability, so preparations were made to procure a rocketpowered interceptor to meet the threat of enemy aircraft penetrating UK defences at very high altitudes.