From wildfires in North America to surveying infrastructure in Australia, the Insitu ScanEagle’s use for commercial tasks has increased. Mark Broadbent reports 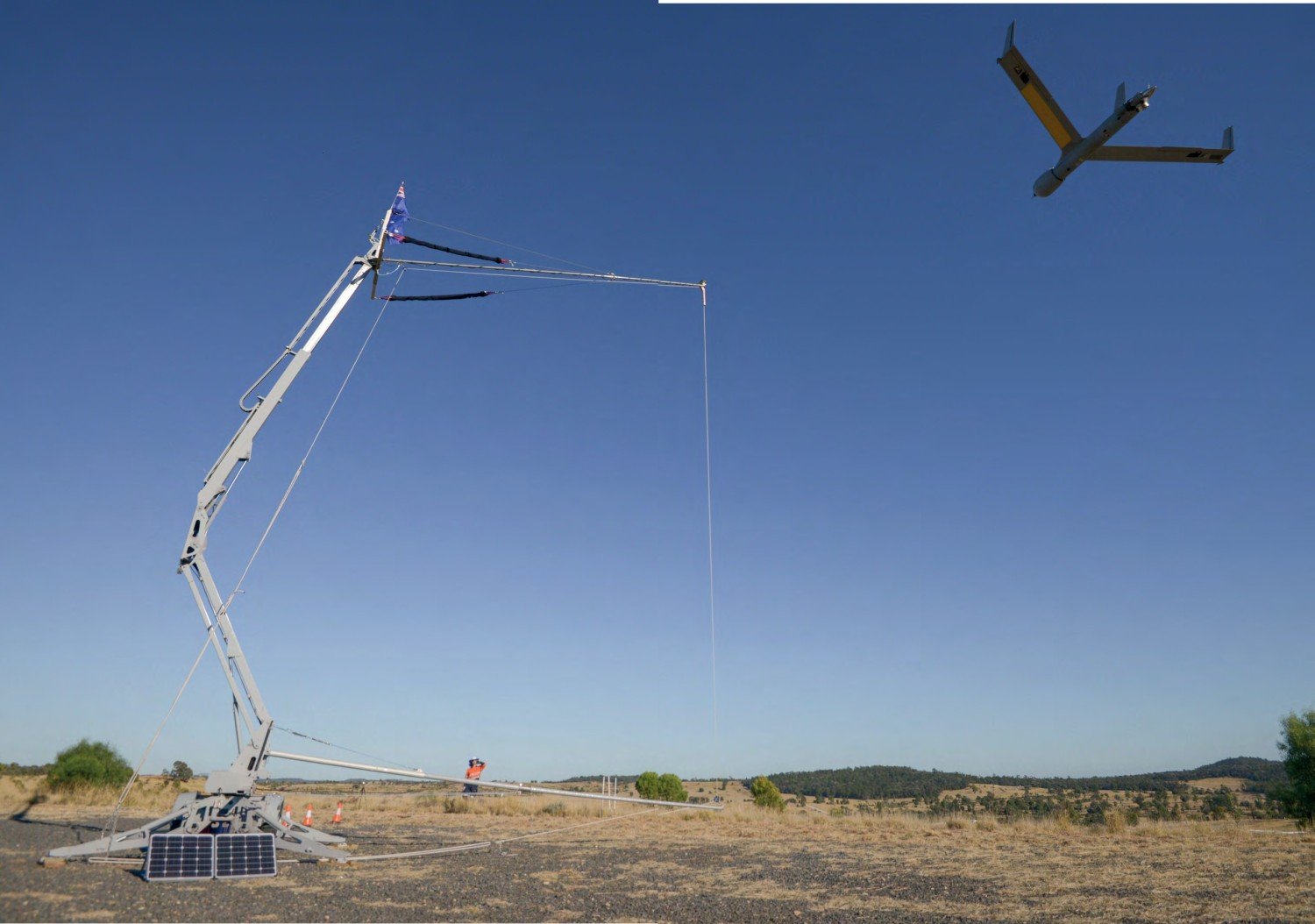 The SkyHook system is used to recover a ScanEagle after a mission; the system has 24-hour endurance.
All photos Boeing Insitu

Many UAVs used in such roles are the micro hand-launched or quadcopter/ octocopter type, which in the US Department of Defense’s classification are Group 1 UAVs, systems with a maximum take-off weight (MTOW) of up to 20lb (9kg) and a normal operating altitude of below 1,200ft.

Unmanned systems in the next classification, Group 2, which covers aircraft with a MTOW of up to 55lb (25kg) and a normal operating altitude of below 2,500ft, have, however, also found use in the commercial sector. The Insitu ScanEagle is one such system.

The ScanEagle can remain airborne for 24 hours, send data including pictures and video from beyond visual line of sight (BVLOS) from its electro-optical and infrared sensors, and launch and recover from locations with no airport infrastructure. (A compact launcher is used and the vehicle is recovered by a system called the SkyHook.)

Although the ScanEagle has mainly been used since its 2004 debut by air forces, navies and armies worldwide for intelligence, surveillance and reconnaissance tasks, including deployment by the US military in Iraq, Afghanistan and Libya, the ScanEagle’s origins lie in a commercial application.

Insitu developed the ScanEagle from the SeaScan UAV it designed to support tuna fishing. Jon Damush, Insitu’s Chief Growth Officer, explained to AIR International: “A tuna boat is quite a small vessel, so how can you possibly launch and recover aircraft from something so small? [The system] needed to be able to launch, get to a location over the horizon beyond line of sight, remain there for a long time [and] send video back to the fishermen, so they could geolocate [and] figure out where the fish were. That led to the design of the aircraft today, a gaspowered engine, an aerodynamic design that is optimised for long endurance and a launch and recovery system that doesn’t require a runway or airport.”

In 2013, the ScanEagle was the first Group 2 UAV approved by the US Federal Aviation Administration to fly in civil airspace in the United States, with the energy giant ConocoPhillips subsequently putting the ScanEagle into use to monitor drilling platforms and spot icebergs in Alaska.

More recently, ScanEagles have been involved in high-profile disaster recovery and fire suppression efforts in the United States, and the system is now also flying in Australia for Shell.

Operations were carried out over the port of Corpus Christi. The main channel into the port was blocked with submerged debris, so the ScanEagles flew assessment flights to identify navigation hazards and damage to the port’s critical infrastructure. A ship submerged in the bay was located and debris maps were generated, which enabled the port to reopen within six days.

A second base of operations was established in Sugarland, from where Insitu used ScanEagles equipped with payloads including infrared and full-colour video, telescopic optics and broad area precision mapping for information delivery.

September saw Insitu relocate the ScanEagles and crews to Oregon to assist with fire suppression at the Eagle Creek fire which burned nearly 50,000 acres (20,234ha) in the state’s Columbia River Gorge region. This was followed in October by the ScanEagles and crews moving to northern California, where the systems averaged approximately ten flight hours per night over several nights at the Mendocino Complex fire and the Central Complex fire in Santa Rosa. 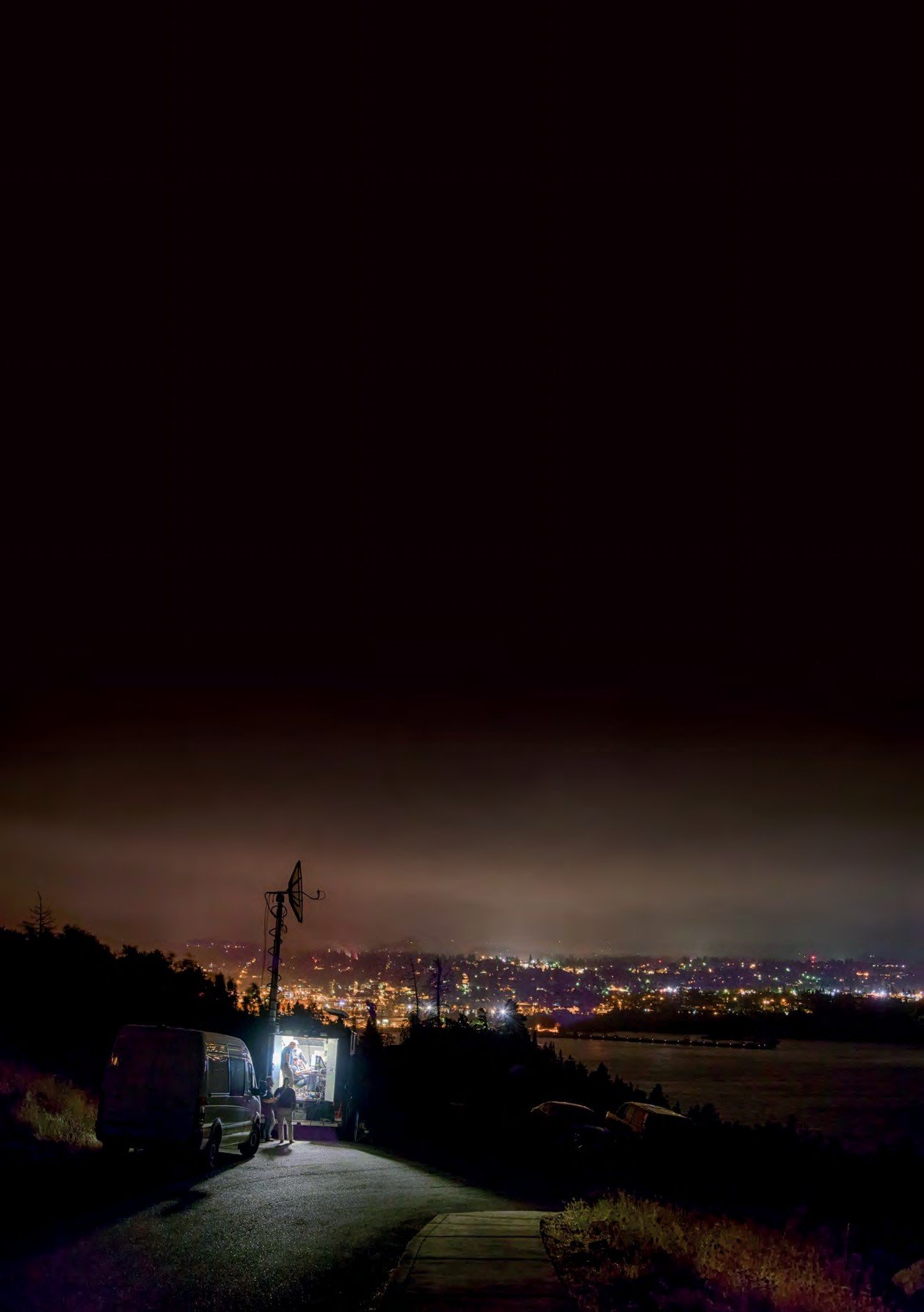 The command centre set up by Insitu at the Eagle Creek fire that burned nearly 50,000 acres; the ScanEagle was the only aviation platform within the temporary flight restriction area set up to cover the fire allowed to operate at night.

In both Oregon and California, the ScanEagles were the sole aviation platforms within the temporary flight restriction area set up to cover the fires. The systems provided oversight and monitored the progression of the fire overnight. Insitu coordinated manned and unmanned aviation assets and through data collection, analysis and integration produced near real-time georeferenced spatial data (maps tied to specific known locations). The ScanEagles also provided near real-time video feed and still images of critical infrastructure, historical structures and more.

The data they generated provided incident commanders, fire-fighters and first responders with updated details about the incident perimeter, spot fires, fire lines and hotspots for each morning’s planning meetings. Damush noted: “Operating manned aircraft at night over a fire carries tremendous risks, which is where the value of an unmanned system is so significant. The incident commander is now provided with data through the night as to what the fire is doing.”

The ScanEagles were able to achieve this because Insitu’s INEXA Solutions aerial remote sensing services, including INEXA Control (a ground-based command and control system) and INEXA Cloud (a modular, open-architecture data management and processing system), were integrated with a geographic information system (GIS) hosted on the ArcGIS platform supplied by spatial analytics specialist Esri.

The infrared/thermal camera on the ScanEagle penetrated the smoke and darkness. With the images acquired then georeferenced through GIS data and the Esri analytics, georeferenced HD mosaics were created in PDF along with digital fire progression/suppression maps.

The integration of the GIS with ScanEagle for the fire suppression activities is notable, because it highlights an important general point about UAVs: they are information nodes, and the tools and capabilities used to exploit the data from the flying vehicle are just as integral to the overall system as the vehicle collecting it.

This is why Insitu in 2017 introduced INEXA Cloud to the INEXA suite of offerings. This system is designed to process and organise the data acquired by a ScanEagle (or another Insitu UAV) and use application program interfaces to make it accessible to end-users via images, day and night video, multispectral and hyperspectral imagery, light detection and ranging data, 3D digital surface models and volumetric assessments.

Insitu says: “Informed decisions can then be made rapidly, particularly in mining, oil and gas, energy, water, and other large critical infrastructure management industries.”

It is in just such an area, the management of vital infrastructure, where the ScanEagle has found another role. In a first-of-itskind programme, Shell has awarded Insitu a contract to provide BVLOS remotely piloted aircraft services for its Queensland Gas Company business in the Surat Basin in Queensland, Australia.

Damush said Shell approached Insitu Commercial’s Brisbane office in 2015: “Shell are very forward-thinking in what they’re doing to manage their infrastructure, improve their safety and reduce their costs. They have an operation that requires the inspection of oil well heads distributed over a large area, literally the size of the UK.

Damush says there has been a benefit to Shell: “They were able to inspect eight well heads a day by putting teams in trucks and driving to the wells. We’ve already increased the number of well heads [being assessed] by a factor of 20 per day. We’re approaching 200 well heads a day now. We’ve reduced wear and tear on their vehicles and roads by half from a million kilometres a year to 500,000km a year.” 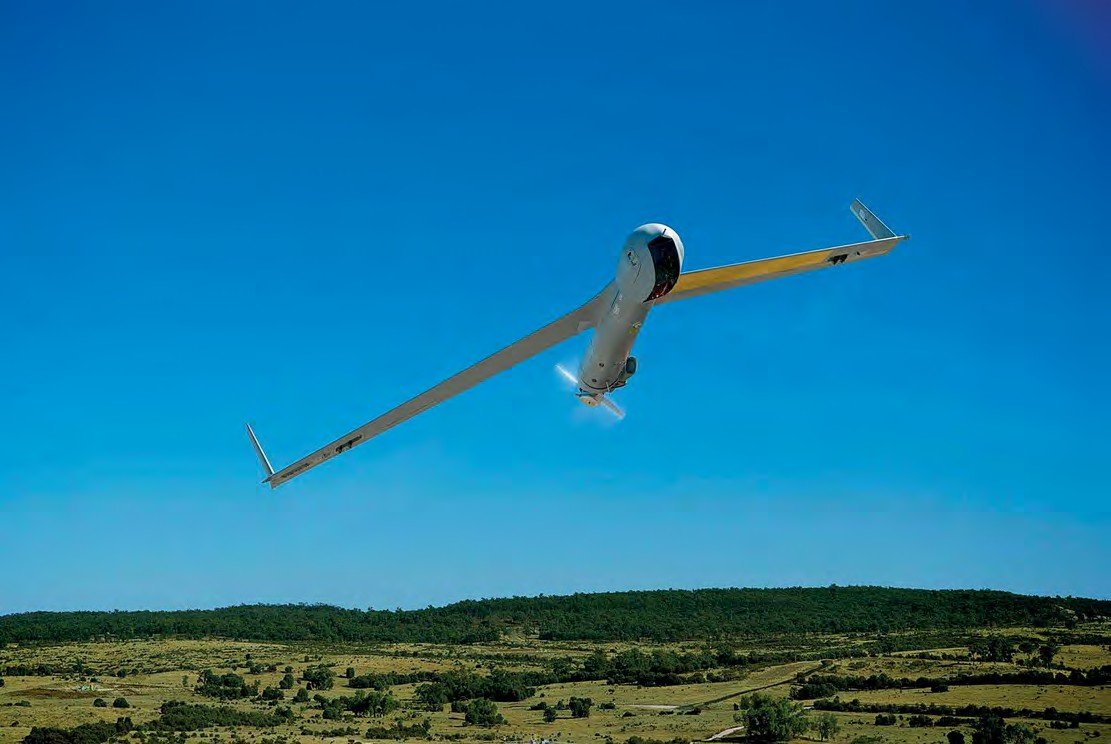 A ScanEagle flies above the Surat Basin in Queensland, Australia, where Shell is now using the system to inspect its oil pipelines and surrounding infrastructure. 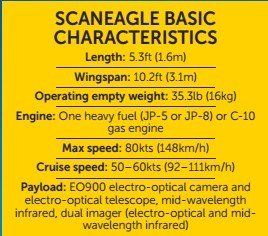 Insitu’s activities in Australia could be a foretaste of further growth in commercial applications for the ScanEagle, with Damush saying the company sees “plenty of demand” from the mining community and onshore and offshore oil and gas companies who are, “starting to think about data transmission from offshore to shore” and how UAVs might provide a solution.

He said: “I think in the next few years you’re going to see increased acceptance of this type of autonomous behaviour of air vehicles, further reducing the number of people required to operate them. The vision is of [UAVs] becoming inspection or delivery appliances that automatically do what they need to do, and you don’t need a team of operators or highly specialised training to manage it.”

Systems of the ScanEagle’s size provide greater cost-effectiveness than the Group 1-sized systems, Damush claimed: “When you look around the industry over the last five years, there’s been a lot of hype about drones. Most of that has been focused on the quadcopter or small fixed-wing [systems]. Part of the challenge is those systems can only stay in the air for about half an hour to do anything reliably.

“While you can use a system on a power line tower you still have to drive to every power line tower, so the economic benefit is not as significant as the hype might make you think. When you start looking at large enterprise infrastructure they’re challenged to deliver a massive return on investment.”

This, Damush said, is where the ScanEagle’s Group 2 classification is beneficial: “You have a small aircraft that can cover a large area from a relatively low altitude and at a speed that allows you to cover the area in a reasonable amount of time.”

One challenge for the commercial UAV sector is integrating unmanned systems into airspace alongside manned aircraft. Damush said Insitu is: “spending a lot of money and investing a lot of time in developing systems, procedures and technologies to facilitate entry into manned airspace”.

However, he added: “The skies are pretty open already. What the unmanned industry needs to do is figure out how to minimise the risk. By doing that, you’re minimising the amount of change you’re asking the regulator to do.”

Damush believes the ScanEagle’s use in the Shell operations in Australia places Insitu at the forefront of partnerships between industry and regulators: “We fly in controlled airspace every day in Australia; we have worked out a way of operating and mitigating the risks so we can go out and fly just the way a manned aircraft does. That proves it can be done.

“The industry needs to step up and show the regulators the art of the possible and work collaboratively to develop the right rules and the right ways to operate.” 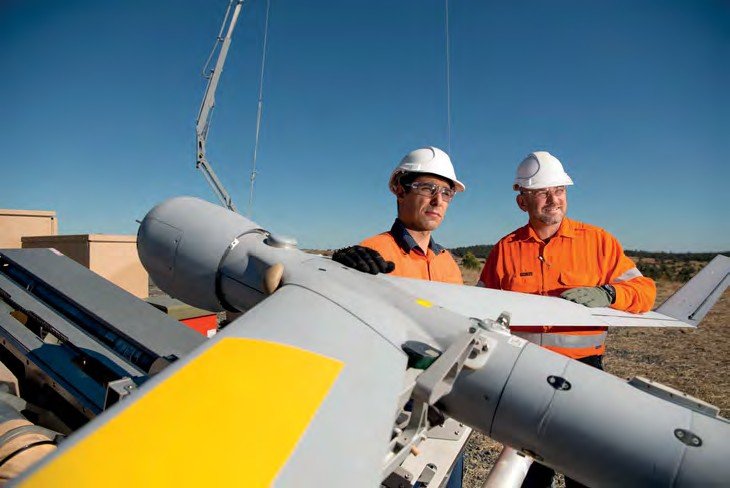