Paul Stone, a former commanding officer of both 800 and 801 Naval Air Squadrons, charts the journey of this famous fast jet from its early days, where it saw action in the Falklands Campaign, through to the far more capable FA.2. 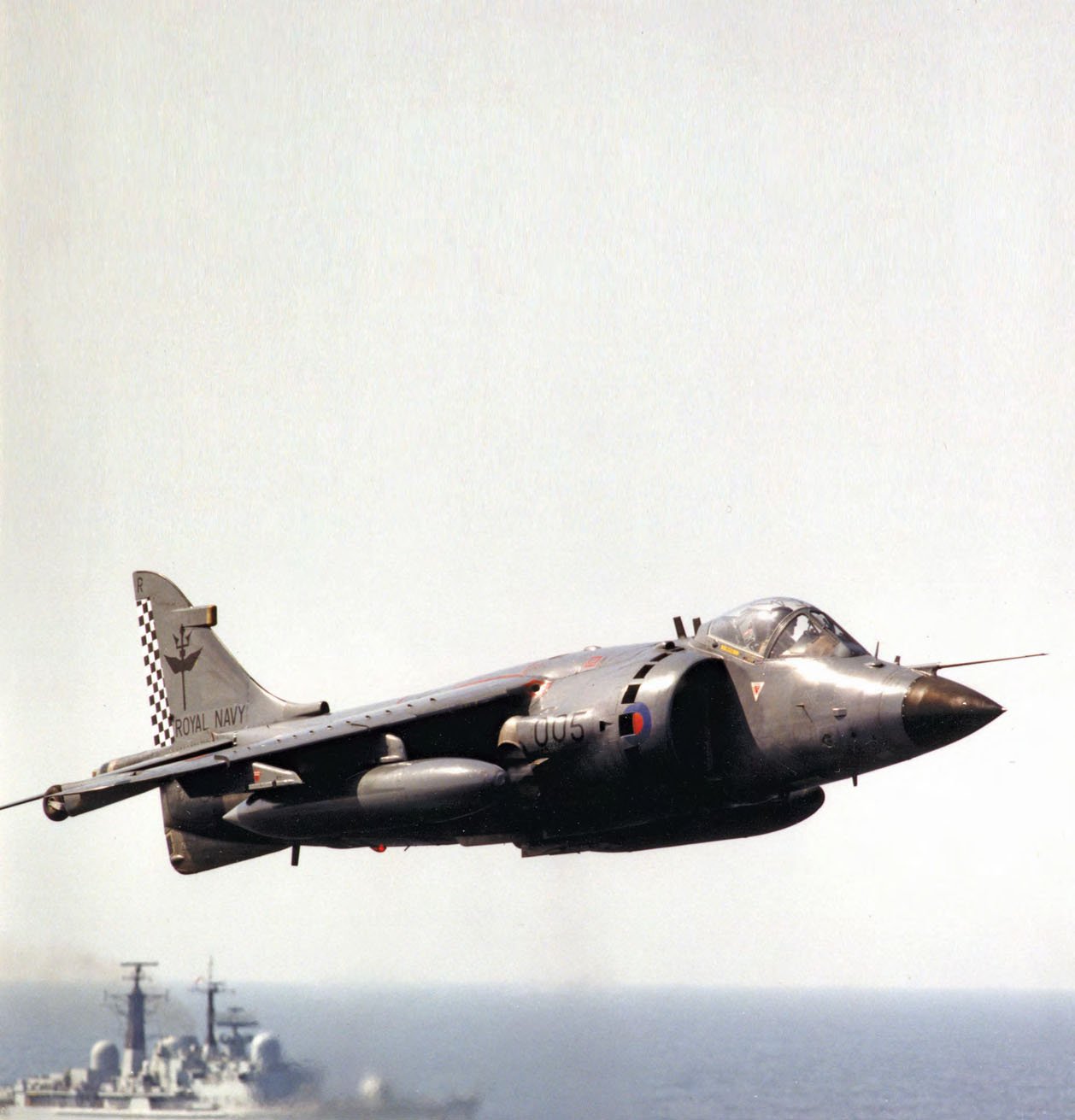 The Sea Harrier FRS.1 gained a fearsome reputation as a fighter during the Falklands Campaign. This 801 NAS example was embarked on HMS Ark Royal in the Adriatic Sea in the early 1990s, due to the tensions in the former Yugoslavia.
Key Collection

The 1966 defence review cancelled the proposed new aircraft carrier CVA-01, a decision that heralded the end of Fleet Air Arm (FAA) fixed wing air power. This combined with Admiralty indecision, lack of money and an enduring power struggle between the Royal Air Force and Royal Navy over control of aviation assets, all contributed to the difficult birth of a maritime variant of the Harrier. However, by 1973, Vickers was contracted to build a new ship, politically described as a ‘through-deck cruiser’, large enough to operate Harriers. Two years later and after much lobbying, the UK government announced that the Royal Navy was to acquire 24 Sea Harriers to operate from three of these new ships, later known as the HMS Invincible-class aircraft carrier.