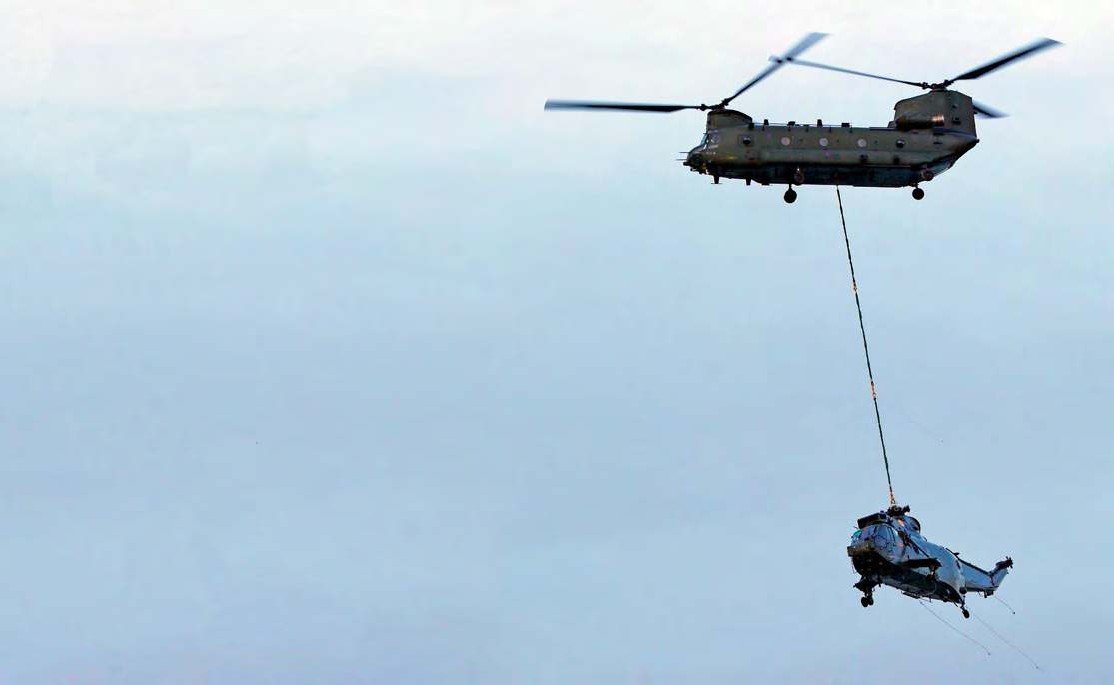 The Chinook/Sea King combination transiting from Gosport to Marchwood along Southampton Water on 17 December.
IAN HARDING

Ex-Royal Navy Westland Sea King HC4 ZE427 was lown from Gosport to Marchwood Military Port, Southampton as an underslung load beneath an No 18 Squadron Chinook on 17 December, the irst leg of a journey that will eventually see the former Commando Helicopter Force machine going on display at Bardufoss air base in northern Norway.

The Sea King will be exhibited there to commemorate the 50th anniversary of the Exercise ‘Clockwork’ resupply mission from Bardufoss, which sees helicopters from Joint Helicopter Command delivering supplies 18 miles into the mountains to the Norwegian Trekking Association log cabin at the remote location of Lappjord. It would take Ski-Doo snowmobiles seven days to resupply the cabin, and the missions present the perfect opportunity for aircrews to prove vital skills learned during their annual winter training detachment.

It was during the winter of 1968 that Flag Oficer Naval Flying Training ordered 846 Naval Air Squadron — then lying Westland Wessex HU5s — to undertake training in an Arctic environment, the aim being to improve airborne combat support for the Royal Marines. The Sea King HC4 has now been superseded on ‘Clockwork’ duties by the Agusta Westland Merlin HC3.