With just one example ever built, the carrier-borne SEPECAT Jaguar M is the forgotten member of this famed Anglo-French strike aircraft family.But why didn’t it succeed? 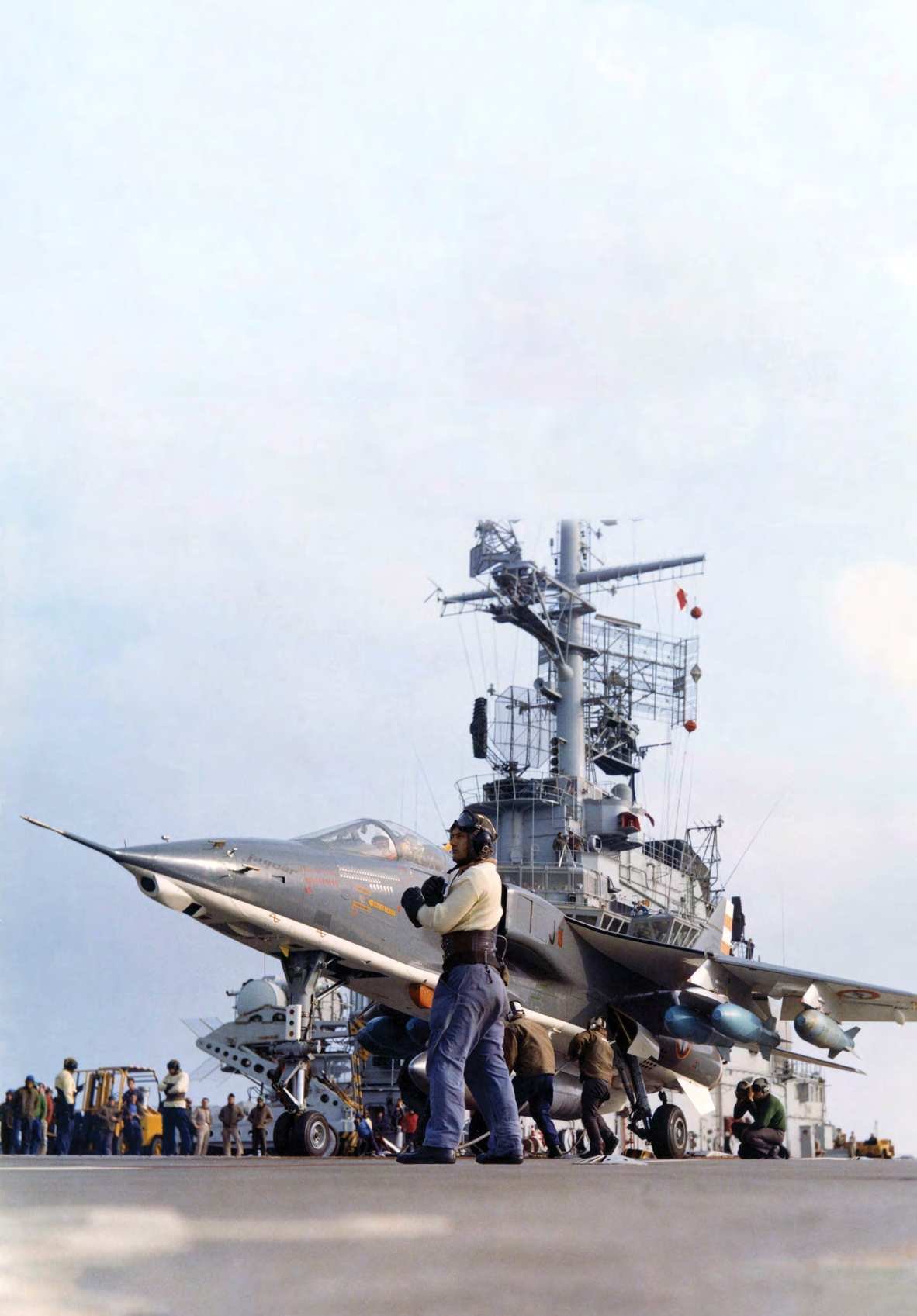 Heavily laden, Jaguar M 05 is readied to launch from the Clemenceau. By this stage of the test programme, numerous ‘mission symbols’ had appeared on the aircraft’s nose: seven red champagne corks, representing actual catapult launches from the carrier, and hooks for carrier landings.
BERNARD THOUANEL

Some, on both sides of the Channel, bemoaned the brave new world of Anglo-French aeronautical co-operation. It would never work, they said — or why couldn’t these great aviation powers go it alone? The results mostly proved the critics wrong. There was Concorde, of course. There were the Puma and Gazelle helicopters. Even the Anglo- French Variable Geometry aircraft, while it never reached the hardware stage, heavily informed future developments. And then there was the Jaguar.