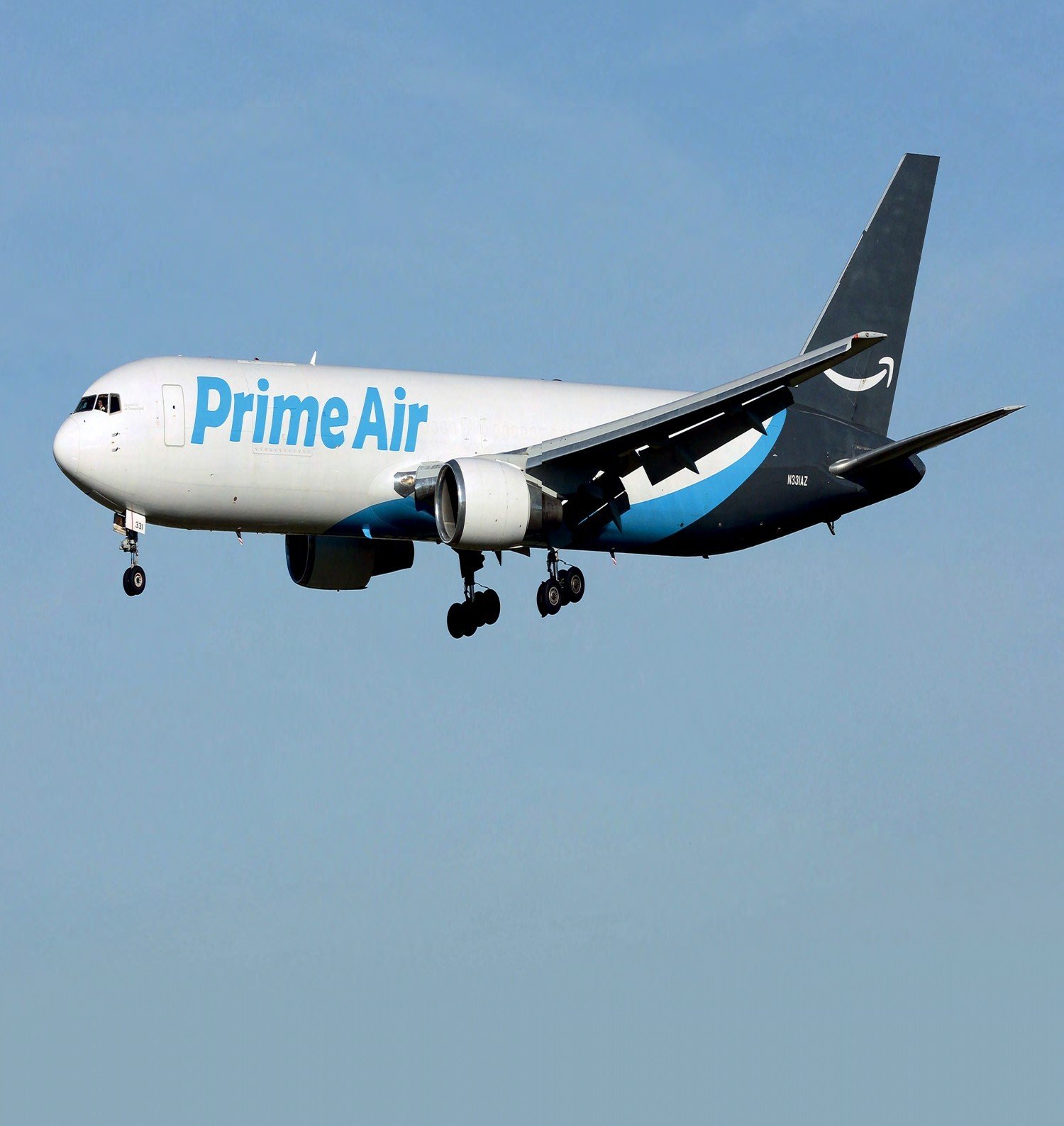 This Boeing 767-300BDSF, N331AZ (c/n 24875), pictured on approach to Cincinnati in October 2017, is an IAI Bedek-converted 767 freighter operated for Amazon Prime Air. Growing e-commerce and a plentiful feedstock of aircraft are stimulating demand for conversions.
Jehan Ghouse/AirTeamImages

This milestone will be followed in 2018 by the same partnership starting work on the initial A321P2F conversion. The year is also scheduled to see the first deliveries from the Boeing 737-800 conversion programmes run by Boeing and the conversions specialists Aeronautical Engineers Inc (AEI).

All this activity and more is evidence of a boom in the converted freighters market segment and this is growth the industry expects will be sustained for many years to come.

In 2012, a co-operative venture was announced between Airbus, ST Aerospace in Singapore and Dresden-based EFW, covering conversions for legacy A330-200s and A330- 300s. The agreement involved ST Aerospace leading engineering development and EFW leading the industrial phase, with Airbus providing OEM data and certification support.

The first two conversions are A330-300P2Fs for DHL Express, which has ordered eight examples (it has options on ten more). EgyptAir Cargo is the launch customer for the A330- 200P2F. The first A330-300P2F for DHL was converted by EFW in Dresden; it completed test flights in October 2017 and entered service in December following European Aviation Safety Agency approval. This is later than initially planned, as when the A330P2F was launched the target was to deliver the first aircraft in 2016.

Of the two models the A330-300P2F is designed to be, Airbus says: “suitable for integrators and express carriers, thanks to its high volumetric payload capability with lowerdensity cargo. Meanwhile, the A330-200P2F will be optimised for higher-density freight and longer-range performance.”

A direct competitor for the A330P2F in the midsize market segment is the converted Boeing 767-300/767-300ER. There are currently two conversion options for this aircraft: Boeing’s own 767-300BCF (Boeing Converted Freighter) and the 767-300BDSF (Bedek Special Freighter) conversion offered under a supplemental type certificate (STC) by IAI Bedek, the maintenance, repair and overhaul and conversions arm of Israel Aerospace Industries.

The 767-300BDSF/767-200BDSF conversions are carried out by Bedek in Tel Aviv. The 767-300BCF work is undertaken for Boeing by ST Aerospace in Singapore and, from 2018, by Evergreen Aviation Technologies Corporation in Taiwan, which previously converted three 747-400Fs into the 747-400LCFs used to transport 787 fuselage subassemblies to the Dreamliner assembly lines.

George Alabí, Regional Director, Product Marketing, Boeing Commercial Airplanes, told AIR International that Boeing has received 33 orders and commitments for the 767-300BCF since launching the conversion back in 2005.

All Nippon Airways was the first operator in 2008. The 767-300BCF commitments include an order for nine jets placed in 2016 by Atlas Air, one of three companies that fly 767 freighters for Amazon Prime Air, the others being ABX Air and Air Transport International. Other 767s operated for Prime Air include Bedek-converted 767-300BDSFs.

The current activity in the conversions market does not just involve widebodies. Right now, Airbus, ST Aerospace and EFW are in addition to the A330P2F working on the A320/A321P2F conversion programme launched at the 2015 Paris Air Show. 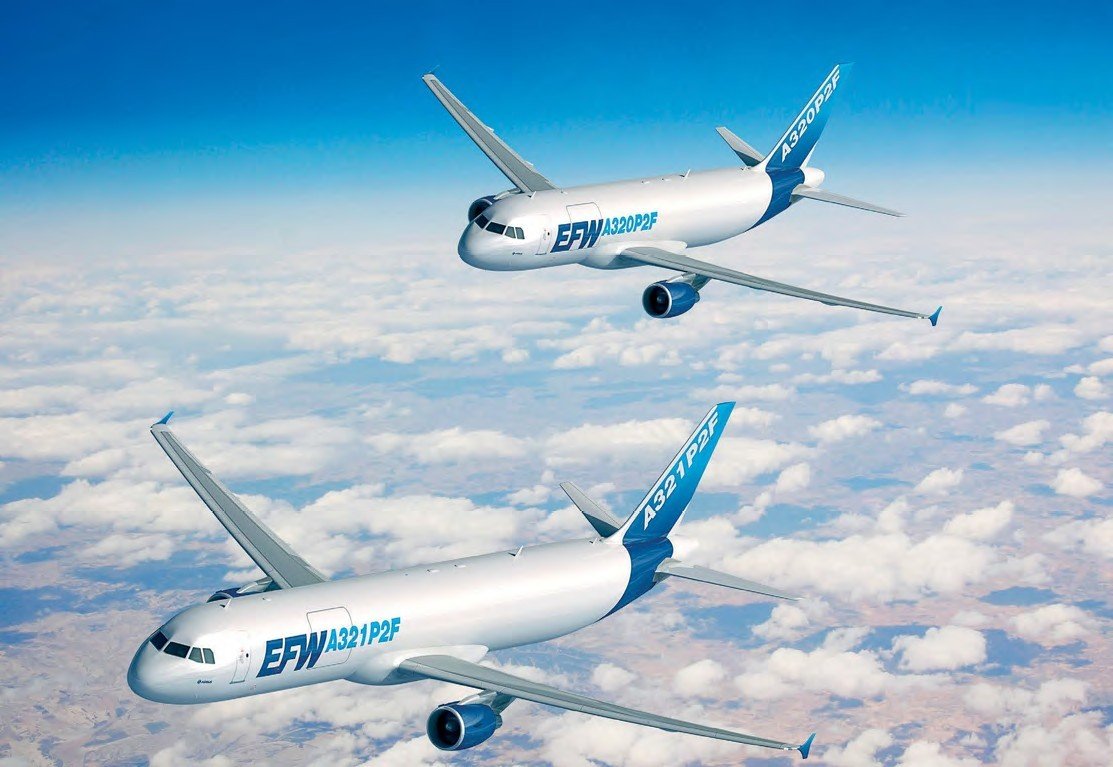 Conversions of A320s and A321s will be carried out by an ST Aerospace, EFW and Airbus partnership.
Airbus

This conversions for the aircraft will install a cargo door on the forward fuselage, a Class E main deck cargo compartment and a 9g rigid cargo/smoke barrier, window plugs and a reinforced floor grid and floor panels. Doors 2R, 3L, 3R, 4L and 4R will be deactivated and mechanically locked and, like the A330P2F, there will be upgraded hydraulic, fire protection, lighting, air distribution and cockpit systems.

Airbus says advantages of the A320/ A321P2F will include a more useable volume and compatibility with the A330P2F enabling crews to move across fleets and airlines to carry out mixed-fleet flying.

An ST Aerospace spokesperson told AIR International: “[The company is] confident we will be able to induct an A321 to our facility in the third quarter [of 2018]”, to start work on the first conversion, ready for delivery in 2019.

In 2018, Boeing will deliver its first 737-800BCF, which since its February 2016 launch has secured 30 firm orders and 25 commitments, mainly from Chinese carriers, including YTO Airlines and China Postal Airlines. The conversions will take place at Boeing Shanghai Aviation Services and STAECO in Jinan.

The cargo door will be hydraulically operated and actuated from the inside of the aircraft by an independent system using hydraulic pressure drawn from either an electrically operated hydraulic pump or a manual hand pump. There will be a reinforced floor, a single vent door system, cabin windows replaced with lightweight aluminium window plugs, a 9g rigid cargo/smoke barrier with a sliding door, a relocated digital flight data recorder enabling an 84.5-inch (2.1m) ceiling height throughout the cargo compartment and stretch-formed fuselage skins.

The first 737-800SF is due to be delivered by AEI to the conversion’s launch customer, GECAS, in 2018. The lessor has ordered 20 conversions from AEI and it is also the launch customer for Boeing’s 737-800BCF. The initial 737-800SF, last operated by Corendon Airlines in Turkey, was handed over by GECAS to AEI in Miami in May 2016. Altogether, AEI has secured 80 orders for the 12-pallet 737- 800SF. The first aircraft from an agreement with an undisclosed customer, covering 15 aircraft plus 15 options, is due to start conversion in 2018 for delivery in 2019. 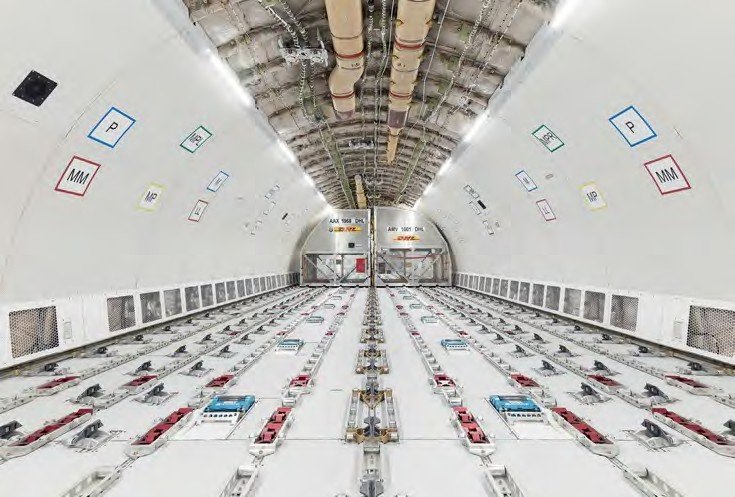 In short, there’s a lot of activity in the conversions market. What explains it? A couple of trends are coalescing. Despite the choppy state of the air cargo market in recent years, the continued expansion in e-commerce – reflected by Amazon launching Prime Air – is stimulating freighter demand.

A growing feedstock of aircraft reaching the end of service as passenger airliners is another trend driving the P2F market. A time has been reached in the product life cycle of these aircraft where their residual values have fallen to a point where it is cost-effective for asset owners to convert them to freighters.

These background factors seeem as though they are set to keep the P2F conversions market buoyant well into the future, according to the manufacturers. Boeing’s latest Current Market Outlook out to 2036 predicts demand for 1,560 conversions (1,100 single-aisles and 460 widebodies) and Airbus’ latest Global Market Forecast envisages a requirement for 1,224 conversions over the next 20 years.

With this long-term potential it is little wonder there are set to be further developments in the market. In August 2017, Precision Aircraft Solutions and Air Transport Services Group (ATSG) announced the formation of 321 Precision Conversion to offer a P2F option for A321-200s. The new company aims to secure an STC for its conversion in 2019, which would obviously create competition for the Airbus/ ST Aerospace/EFW product. Precision and ATSG already have a decade-long relationship working on Precision’s Boeing 757-200PCF freighter and 757-200PCC passenger/ freighter combi conversions.

A further segment of the conversions market to monitor is the one for larger twinaisle widebodies. Previously converted aircraft in this size category, such as DC-10s, MD-11s and Boeing 747s, are ageing, and older 777- 200 and 777-200ER-series aircraft exiting passenger operations provide a new business opportunity to replace those veteran types.

Any Triple Seven conversions in the future would only underline the vitality of the P2F market in giving airliners second lives as freighters. 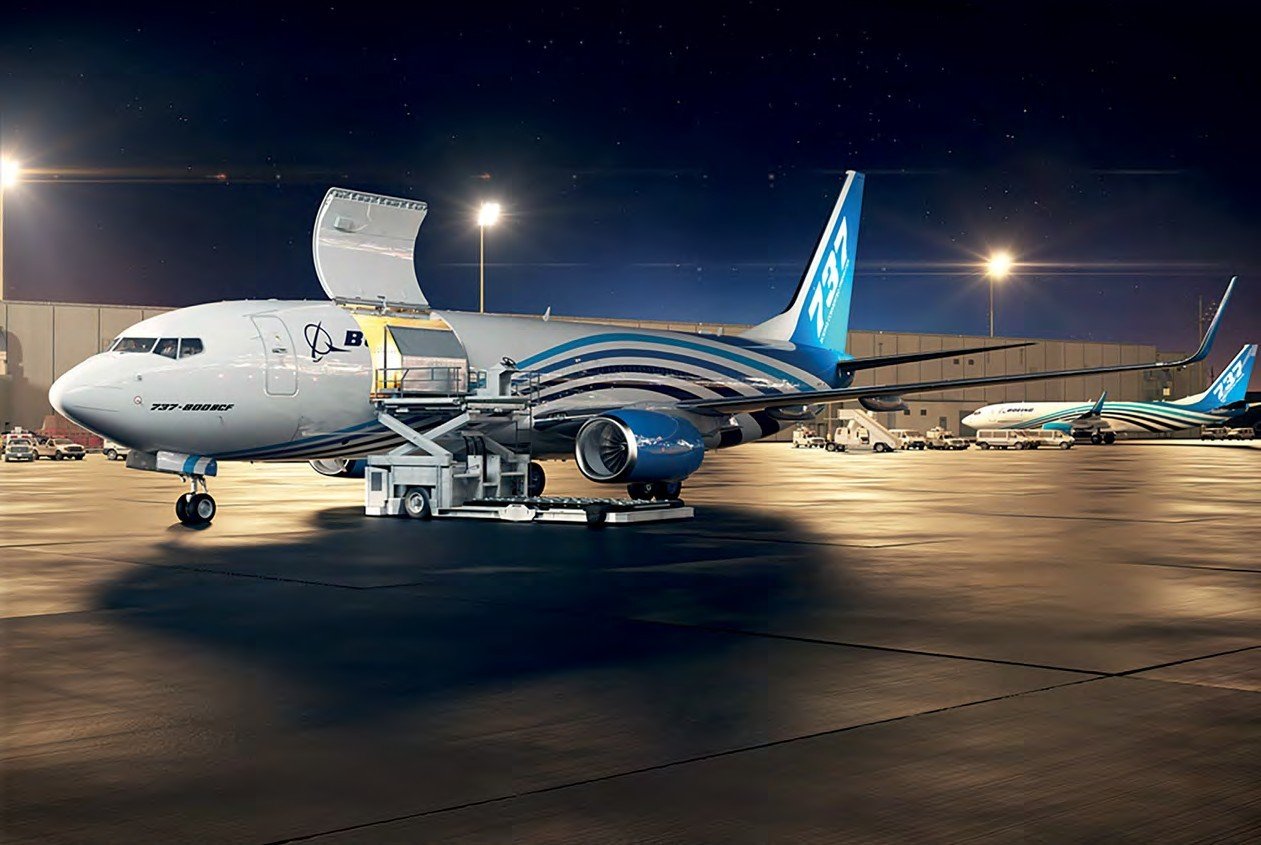