With Nazi Germany desperate to turn the tide of aerial warfare, two rival firms set about making a jet-powered flying wing fighter a reality. Horten’s offerings are well-known, but the Gotha factory felt its P-60 project was significantly superior 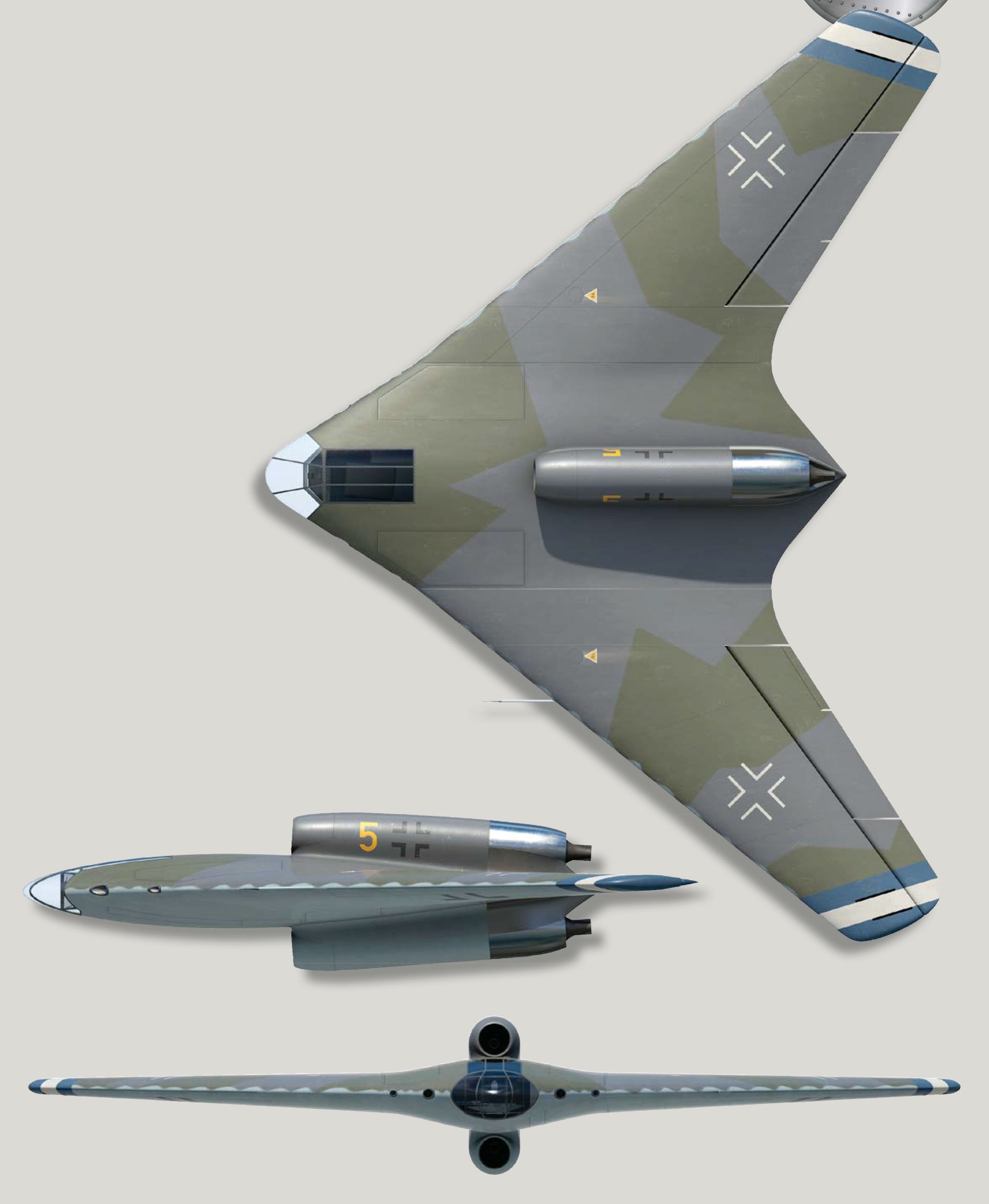 This three-view artwork depicts the 020 version of the P-60 A design, with BMW 003 engines mounted above and below the body of the flying wing, and the pilot lying prone in the nose.
RONNIE OLSTHOORN

As Allied air supremacy over Germany became ever stronger from 1943 onwards, new, superior fighters were needed to tip the balance in Germany’s favour. Thus it was that radical designs such as the Horten H IX flying wing jet fighter were given a chance by the Reichsluftfahrtministerium (RLM, the German Air Ministry).