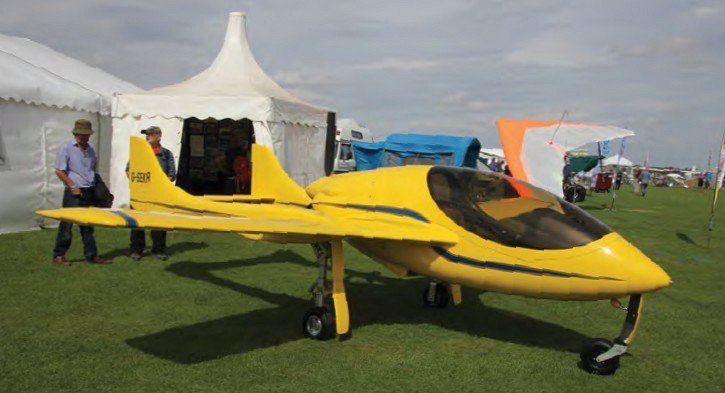 The yet-to-fly ISA 180 prototype was displayed at the LAA Rally. Rod Simpson

Attracting much attention at the LAA (Light Aircraft Association) Rally at Sywell, Northamptonshire, held over August 30-September 1, was the prototype ISA 180 Seeker personal touring aircraft. The Seeker has been designed and built by Ivan Shaw, who is well known for his Europa kit aircraft and the Liberty XL2. It is an all-carbon composite design with twin booms and a 100hp Rotax 912iS engine mounted behind the cabin in pusher configuration. The aircraft is a single-seater with a large cabin and with baggage space sufficient to carry a folding bicycle. Shaw has incorporated an electronic mechanism to fold the wings in less than a minute and the tricycle undercarriage is retractable. The maximum cruising speed is expected to be 225mph (363km/h) and the Seeker will have a range of more than 1,500 miles (2,414km). The prototype, registered G-SEKR, is targeted to make its first flight this autumn. Rod Simpson