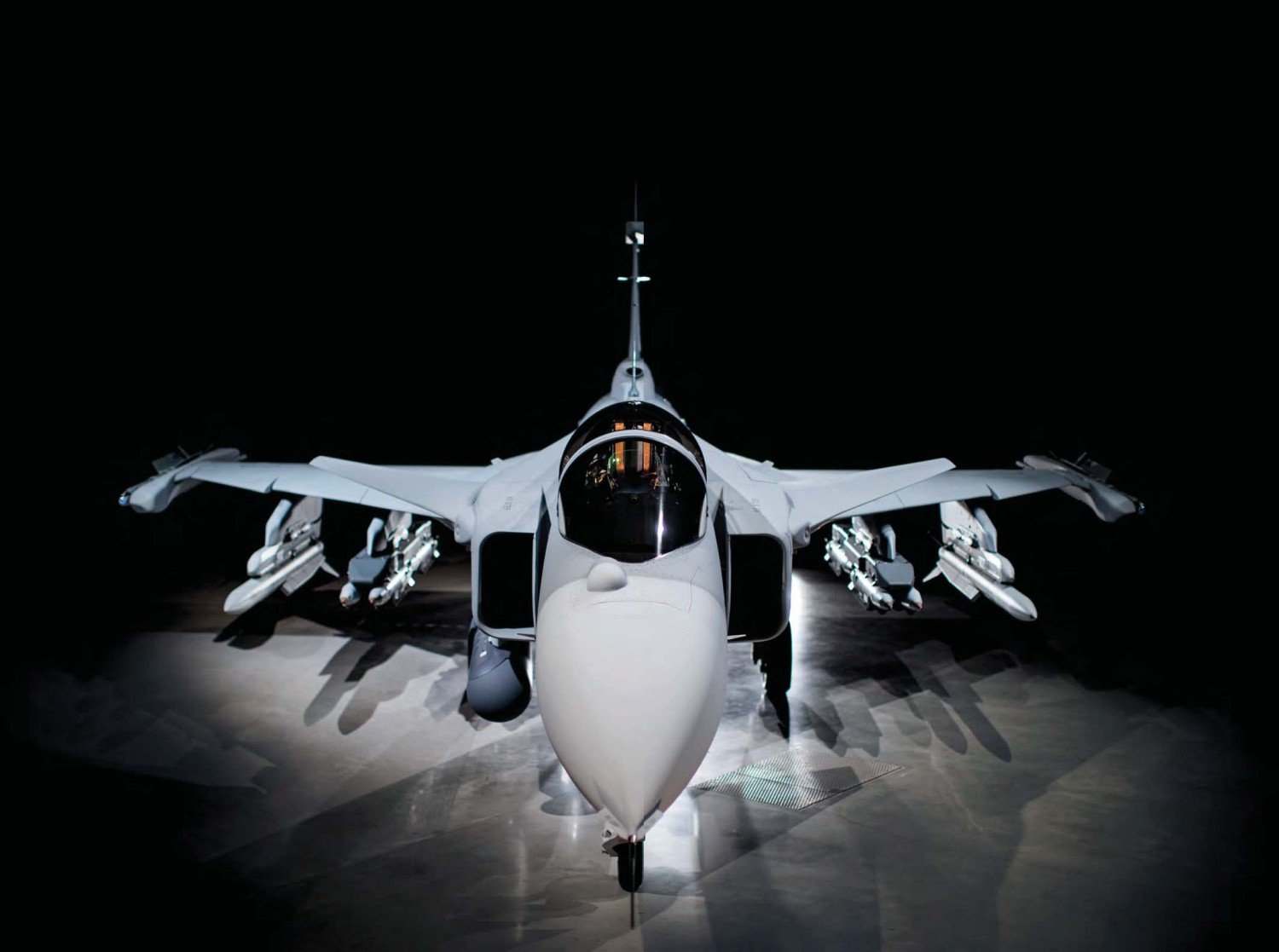 On January 25, 2019, Saab announced its proposal for the Swiss New Fighter Aircraft, consisting of options for 30 and 40 newbuild Gripen E fighter aircraft, had been submitted to Armasuisse, the Swiss defence procurement agency. Armasuisse issued its request for proposal on July 6, 2018.

As part of its proposal to Switzerland, Saab has offered Swiss industrial participation worth 100% of the contract value. The co-operation with Swiss industry across all regions of the country in manufacturing, maintenance and technology is set up to improve competence and capabilities aimed at the sustainment and further development of the Gripen E system in country. Switzerland’s New Fighter Aircraft is required to replace the Schweizer Luftwaffe’s fleet of F/A-18 Hornet and F-5 Tiger aircraft.

As part of the proposal to Finland, Saab has offered an industrial co-operation programme with the aim of building extensive national capabilities in Finland for security of supply. The proposal also includes transfer of maintenance, repair and overhaul capabilities to local industry, production of aircraft and establishment of a Gripen sustainment and development centre in country. Finland’s HX is required to replace the Ilmavoimat’s fleet of F/A-18 Hornet aircraft, a decision is anticipated in 2021.

Saab has also responded to a request for information issued by the Indian government based on the Gripen E aircraft.

Leading the charge to create such proposals is an Englishman. Richard Smith, Saab’s Head of Marketing and Sales Support for Gripen, discussed some of the big considerations for creating a proposal for an international fighter competition. He explained that the Brazilian competition and those in Canada, Finland, India and Switzerland have high technology transfer requirements. The level of partnership from a sale is one of Saab’s unique selling points for Gripen.

He said: “Take Brazil, whereby we brought their people into the programme, and they now have a big say in how we collectively drive it forward.”

Richard explained: “Brazil’s government wants to have the autonomy to produce aircraft. This tends to be quite easy to do.

However, technology transfer is more than just production, but the basis for working with, and continuing to develop a supersonic fighter. To achieve that, we provide on-thejob training in order to transfer technology from Swedish minds to Brazilian minds.

Brazil has a Gripen design and development centre, and the people working there are integrating systems and weapons on the Gripen E programme. Brazilian engineers and technicians can do that for themselves thanks to transfer of technology.

“The extent to which technology can be transferred depends on the maturity of the country’s industry. A lot of countries have very high aspirations. Brazil doesn’t hide the fact that in the future it would like to be able to design, develop, produce, manufacture and support a future combat air system of its own.

There’s a journey to take to get to that stage.

South Africa wanted transfer of technology and has its own Gripen design centre, which is responsible for integrating, flight testing and certifying new weapons and missiles.”

How, then, does Saab safeguard its proprietary design concepts of the Gripen E? Richard said there are intellectual property rights and intellectual property elements that Saab has to protect, and contract negotiations deem what level Saab can give or share. According to Richard there are two different elements: giving over something and allowing a country to go its own way, or actually sharing the requirement and having cooperation.

Proposals are only ever proposals, unless the potential customer selects the offer made as the winner of its fighter procurement programme. Any offer submitted by Saab will only be successful if its materiel content meets requirements and the offer is competitive. So how does Saab achieve competitiveness?

Richard Smith explained: “First and foremost, our aim is to meet or exceed the requirements. Countries buy strategic assets such as fighters for a reason. Therefore, the strategic asset we’re providing, in this case Gripen, has to meet or exceed the requirements of the Air Force. Everything at Saab is driven by having an aircraft system that is updated as often as it possibly can be. We continuously develop the system. Equally, the proposal has to be affordable, so the nation can buy the number of aircraft required and have manoeuvre for procuring weapons.

“Many nations acquiring fighters focus on the acquisition cost. Some, particularly those operating larger fighter fleets, give more consideration to the lifecycle cost, more specifically the cost per flight hour. Part of our process is to look at the bigger picture.

How much are you going to pay for this as a country over 30, 40 years? We drive Gripen E’s cost per flight hour very hard, because it’s a cost that has to be maintained at an affordable level throughout the fleet’s service life, and we want to see the aircraft in the air, not on the ground.

“Our intention is to offer an aircraft that meets the operational requirements and make sure it’s affordable. Further to that, we strive to make Gripen the best fighter available at the point of the offer, but also one that will be relevant in 20 years’ time, i.e.one that has a mature growth path, which Gripen has.”

Looking further down the road of any nation’s acquisition of Gripen E, what does Saab offer within its proposal to help the nation sustain its aircraft for the forecast service life given that each country has different goals and requirements? According to Richard Smith, Brazil, Finland and Switzerland want the ability to maintain and support their own fighter aircraft: “A nation’s set-up depends on whether it wants to go to level one or level two or even further.

Some Gripen customers want full control of the support and maintainability of its fighter system. Some tap into spares and maintenance pooling systems because that’s the most affordable way, given their small fleets.”

What if a nation wants the absolute best support Saab can provide, and requires that level throughout the service life of its Gripen aircraft? Richard replied: “We would be willing to offer a 30 to 40-year full support system and could guarantee it, but that would be an extreme. A nation is more likely to want its own capabilities for support and maintenance, and we’re happy to provide the support to meet that requirement. We could also set up a depot in country to ensure parts availability, and are willing to offer an aircraft availability guarantee, that is a percentage of the fleet as guaranteed mission ready.”