Jim Dunn visited the 173rd Fighter Wing to witness air operations during Exercise Sentry Eagle, this year with a touch of Lightning 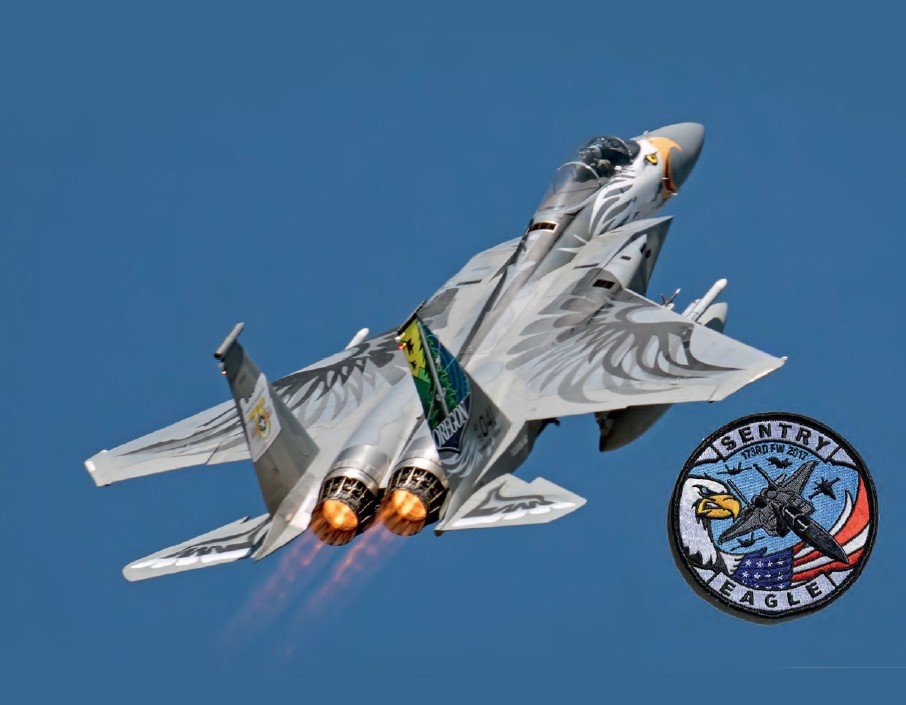 The 172rd Fighter Wing operates F-15C 79-0041 in this most striking of colour schemes applied in 2016 to mark the 75th anniversary of the Oregon Air National Guard.
Dan Stijovich

The evolution of aerial warfare is a continuous process driven by the constant development of its many components. Today, evolution is in overdrive, with proliferation of fifthgeneration fighter aircraft entering service with many of the world’s air forces. That presents a challenge: integrating and training their most critical component, the human one, to exploit fully the latest technology available.

Nearly a half century ago, a group of American military professionals, with the support of a small number in leadership and decision-making positions, set out to address the dire situation US aircrews were facing in the skies of Southeast Asia. Despite having superior aircraft and weapons and what was thought to be sufficient training, aerial combat was taking a heavy toll. Those individuals realised that technology alone was not going to bring victory in the air.

Their initiative led directly to the establishment of training programmes, Exercise Red Flag being the prime example, and fighter weapons schools run by the US Air Force and US Navy, the latter being the forerunner to the modern-day Top Gun.

Aircrew training first began at Kingsley Field in 1983 with the F-4C Phantomequipped 8123rd Fighter Interceptor Training Squadron. In 1984, the 8123rd was redesignated as the 114th Tactical Fighter Training Squadron and continued F-4C training until 1988 when the last pilots and weapon system officers were trained on the type. Kingsley subsequently transitioned to the F-16A Fighting Falcon, held its training mission and continued with F-16C and F-16Ds until 1998 when it commenced training Air National Guard F-15C Eagle pilots, now as the 114th Fighter Squadron.

Back in 1985, commanders based at Kingsley Field set out the concept of a regular air-to-air training exercise that provided instructors and students more familiarity of other aircraft type’s capabilities to enhance the training programme conducted by the F-4C-equipped 114th at the time. In 1986, Kingsley Field was the venue for the first edition of Exercise Sentry Eagle. According to the current commander of the 173rd, Colonel Jeff Smith there are not many opportunities for dissimilar air combat training during regular flight operations from Kingsley Field: “To bring a wide array of fighters, multiple components and services to our ramp to fight together is unbelievable.”

Commenting on the benefit of the exercise through the years, Col Smith said Sentry Eagle continues to pay dividends: “It’s phenomenal for our students and instructors every time we add another challenge or another variable in the air-to-air combat arena. You have to think on your feet, react, quickly, adapt your tactics, communications and weapons deployment to beat the adversary or to survive the scenario you are in.” 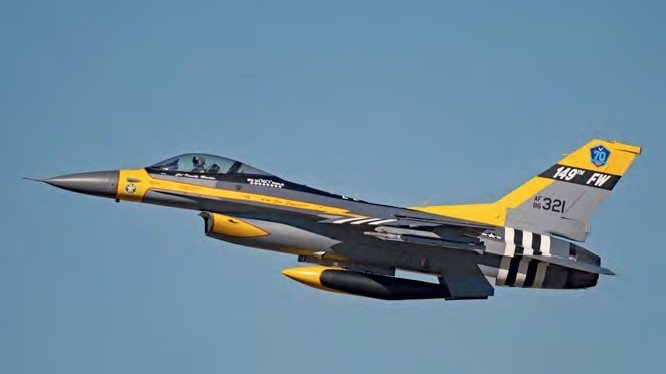 Two F-35As from the 56th Fighter Wing based at Luke Air Force Base, Arizona made the type’s debut participation in Sentry Eagle.
Jim Dunn 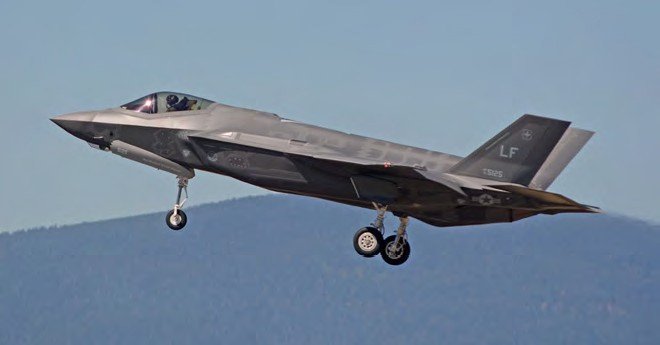 Based in San Antonio, Texas, the 149th Fighter Wing has painted F-16C 86-0321 in a commemorative colour scheme to mark this year’s US Air Force 70th anniversary. The aircraft is finished with bright yellow markings and World War Two invasion stripes; a mark of the unit’s operations during the allied invasion of Europe in 1944. Other markings include the unit’s name ‘ Lone Star Gunfighters’ on the forward fuselage and the official Air Force 70th Anniversary shield applied to the tail.
Dan Stijovich

This year’s edition, staged on July 20–23, featured the F-35A Lightning II for the first time, but not in a major way. On the first of six exercise missions, two F-35As joined the fight on their transit from Luke. The same aircraft also entered the fight on the final mission before recovering back home to Luke, some 800 miles to the south of Klamath Falls. Much criticism has been thrown at the F-35 aircraft because of programme overruns through the years of its development. Little is reported on the aircraft’s operational impact in a large force exercise such as Sentry Eagle. As a consequence of participation by two F-35As in the first mission on July 20, mission success of the Blue Air force was considerably improved; at the early stage of the fight, the opposing Red Air looked like scoring considerable success over the Blue Air component. Col Smith provided a brief account of the F-35As fight: “Flown by Brigadier General Brook Leonard, commander of the 56th Fighter Wing and Major Michael Mickus, the two F-35As made a timely entry into the fight immediately after air refuelling: “Unfortunately we [the Blue Air force] had missed a couple of F-18s that were about to bomb a simulated target we were defending. The F-35s swooped in and took them out, demonstrating a successful entry into the exercise by F-35s.”

As a fighter pilot, Col Smith appreciates the learning experience gained by pilots participating in Sentry Eagle: “In these kinds of fight, integrated as they are, it’s a lot about learning what other people can and can’t do, and when they can and can’t do things.”

Access to large areas of controlled airspace near to base is a major enabler for conducting large force air-to-air exercises. Two such areas support the 173rd’s flight operations, the larger of which is currently in the process of being increased in size, as Col Smith detailed: “About 40 miles to the southeast is an area we call Goose, which extends from southern Oregon into northern Nevada; that’s where we stage our closerange air-to-air events. It’s the smaller of the two areas, but it is right next to home, which is great for getting as much fight as we can out of the gas we have in the tank. About 100 miles to the north is the larger area extending 120 by 50 miles wide, that’s where we conduct long-range intercepts: exactly what the F-15 was built for. If we are allowed to make that area a little wider, instead of conducting a north-south fight we can get multiple flights stacked in with east-to-west access in the same airspace. We are allowed to use the larger area during Sentry Eagle, which is the requested requirement for the long haul.”

As with all NATO-standard air-to-air exercise, Sentry Eagle comprises a series of missions, each led by a mission commander selected from a different unit; with all participating squadrons assigned to both Blue and Red Air.