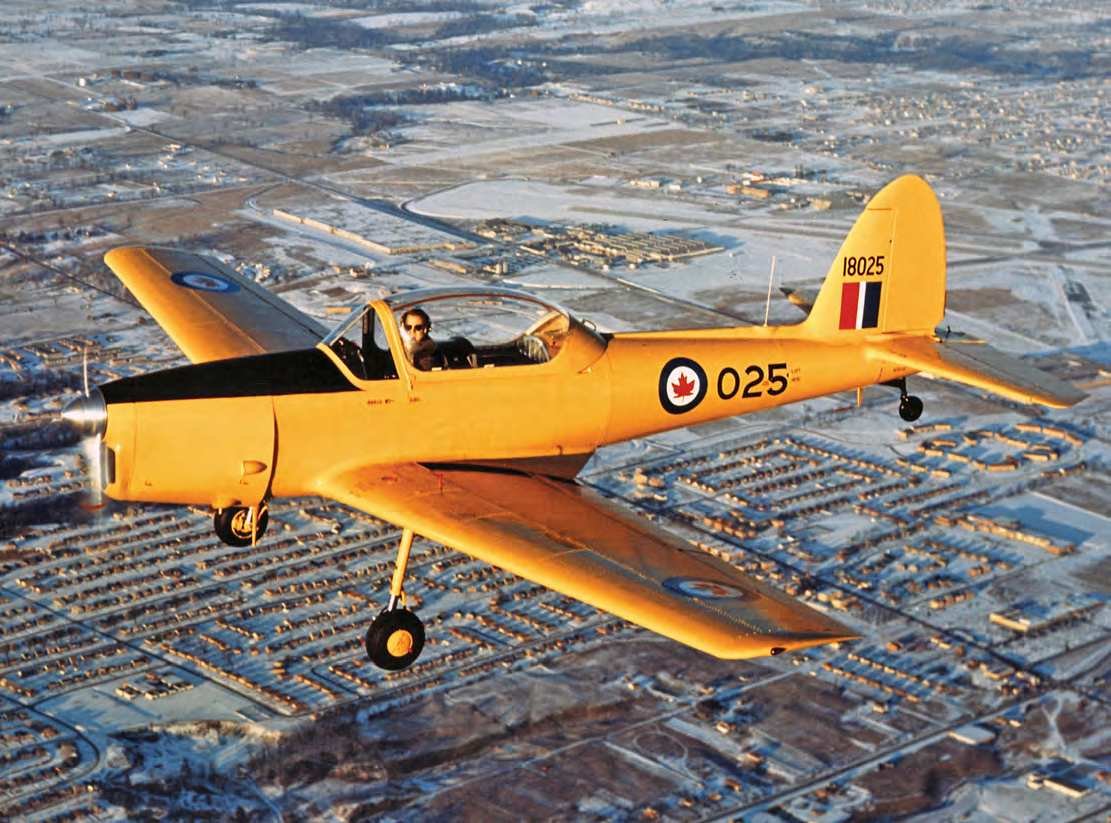 Bubble-canopied DHC-1B-2-S5 RCAF 18025 in the first iteration of in-service colours, as worn during this machine’s early use at RCAF Station Centralia.
VIA VIKING AIR

From August 1946, Russ Bannock, an ex-RCAF wing commander with wellestablished air force contacts, used numerous opportunities to demonstrate the Chipmunk to elements of the RCAF, visiting HQ Training Command at Trenton, Uplands, Rockcliffe (home of the RCAF Test and Development Flight) and the Ottawa Flying Club. In February 1949 these efforts bore fruit in an order for three DHC-1A-1s for 444 Air Observation Post at RCAF Station Rivers, Manitoba. They were to cost CA$9,450 each, excluding spares.