Serving in the shadows 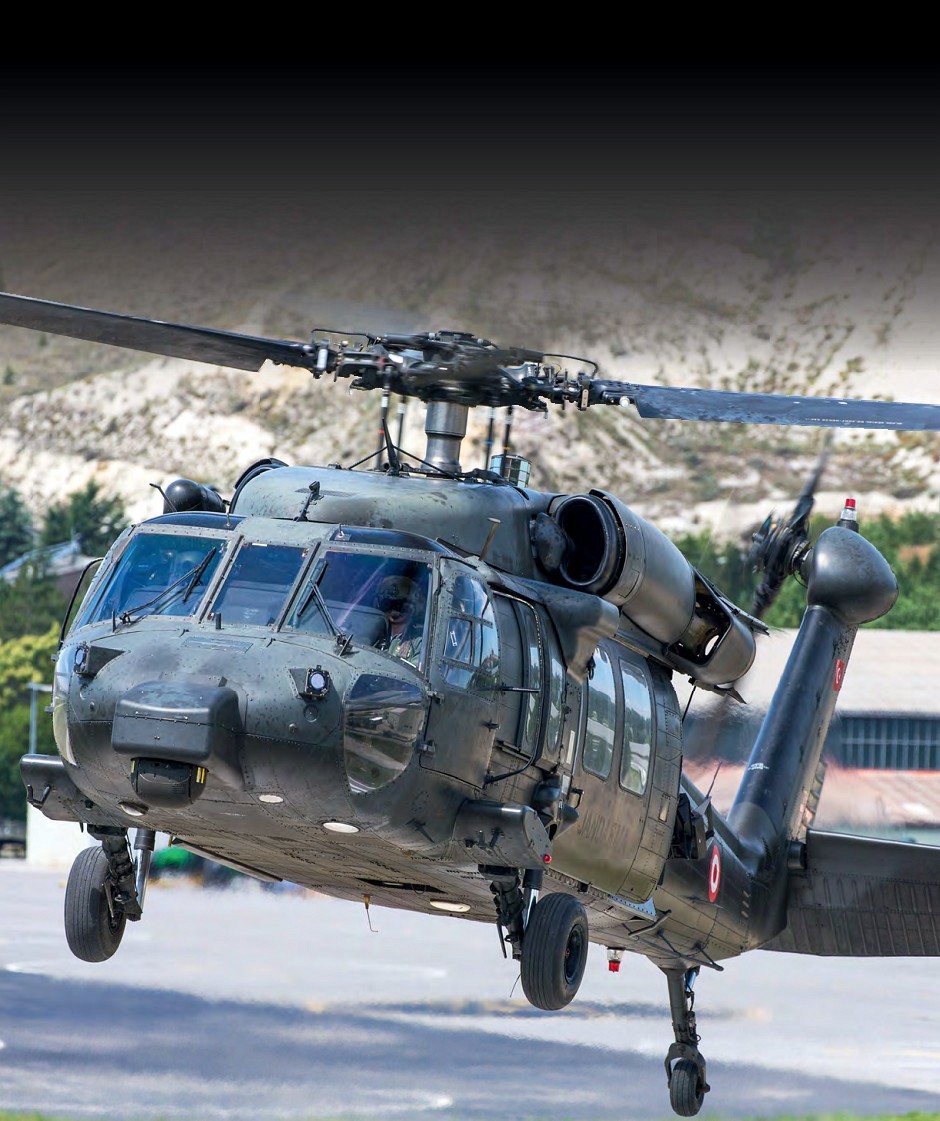 The S-70A Black Hawk is the mainstay of the Jandarma Özel Harekat (Gendarmerie Special Operation Forces). The sensor suite – including a forwardlooking infrared – is optimised for night operations, with a colour scheme to match. All photos Marco Dijkshoorn

A line-up at Ankara-Güvercinlik of three of the helicopter types used by the Jandarma: the Mi-17-1V ‘Hip-H’ (the white, blue and red example is used as a VIP transport), the Agusta-Bell AB205 ‘Huey’ and the S-70A Black Hawk. Although unconfirmed, it seems likely that the Gendarmerie unit at Güvercinlik will move to Aydin-Çildir or Isparta/Süleyman Demirel in future.