Rafale M maintenance procedures have been developed and refined over the programme’s lifetime, easing the challenges of maintaining the advanced jet at sea. Henri-Pierre Grolleau reports from Charles de Gaulle and Landivisiau naval air station. 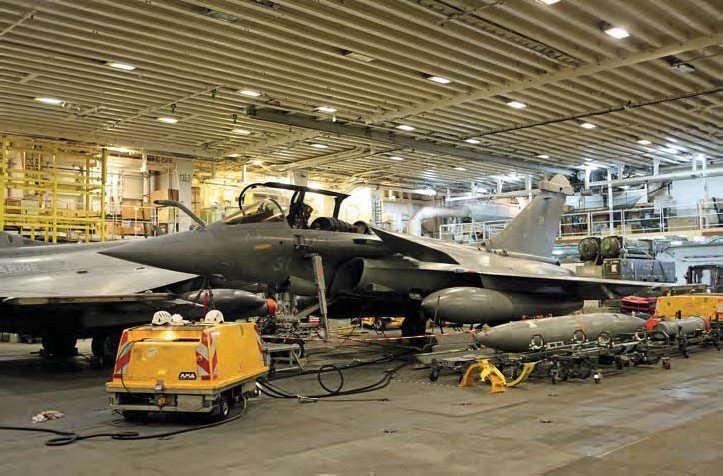 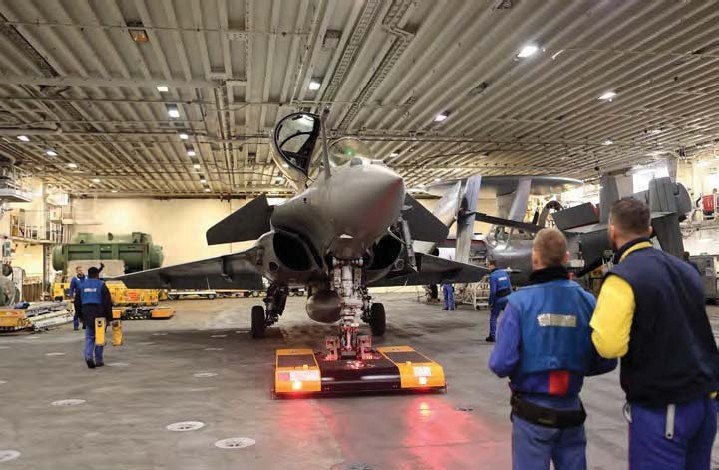 Since its service entry, the Rafale has impressed French officers and foreign observers alike with its extremely high availability rates during combat operations.

According to Admiral Guillaume Goutay, Commander of the Aéronautique Navale (French naval aviation): “Availability is always excellent because the Rafale is cleverly designed and, when on board the carrier, it benefits from the vessel’s outstanding support and maintenance facilities.”

All Rafale maintenance is optimised to ensure the highest levels of availability and Charles de Gaulle is equipped with extensive support facilities to maintain and repair the aircraft far from its support bases in continental France. “The majority of daily maintenance is performed in the 4,000m² [43,055sqft] hangar, including major component changes for engines, landing gear legs and radars, and configuration changes for pods, drop tanks and weapon pylons,” explains Capitaine de Vaisseau Boris (surname withheld on request), Charles de Gaulle’s Deputy Commander for Aviation Support. The only restriction is that no live weapon is fitted to, or removed from an aircraft in the hangar, for safety reasons linked to the presence of the ship’s nuclear reactors.”

Specialised support shops located around the hangar maintain and repair the Rafale’s high-tech components. “We have all the required human resources, in manpower and skills, and 14 main maintenance benches on which to test the Rafale’s line replaceable units, and some of their internal components, to precisely identify problems and solve them,” Boris continues. On average, on a four-month long deployment, about 2,000 pieces of equipment will be inspected or repaired, allowing us to save, in terms of weight and volume, the equivalent of 12 A400M Atlas cargo loads.”

The transition from a carrier air wing comprising 12 single-engined Super Etendards and a similar number of twin-engined Rafales, to an all-Rafale configuration inevitably led to a sharp increase in the number of aircraft engines on board, whether installed or kept as spares/maintenance reserve. Additional engines lead to an increased maintenance requirement and more runs in the engine test cell. To cope with this heavier workload, a third engine inspection bay was set up at the rear of the hangar when Charles de Gaullewas in refit. 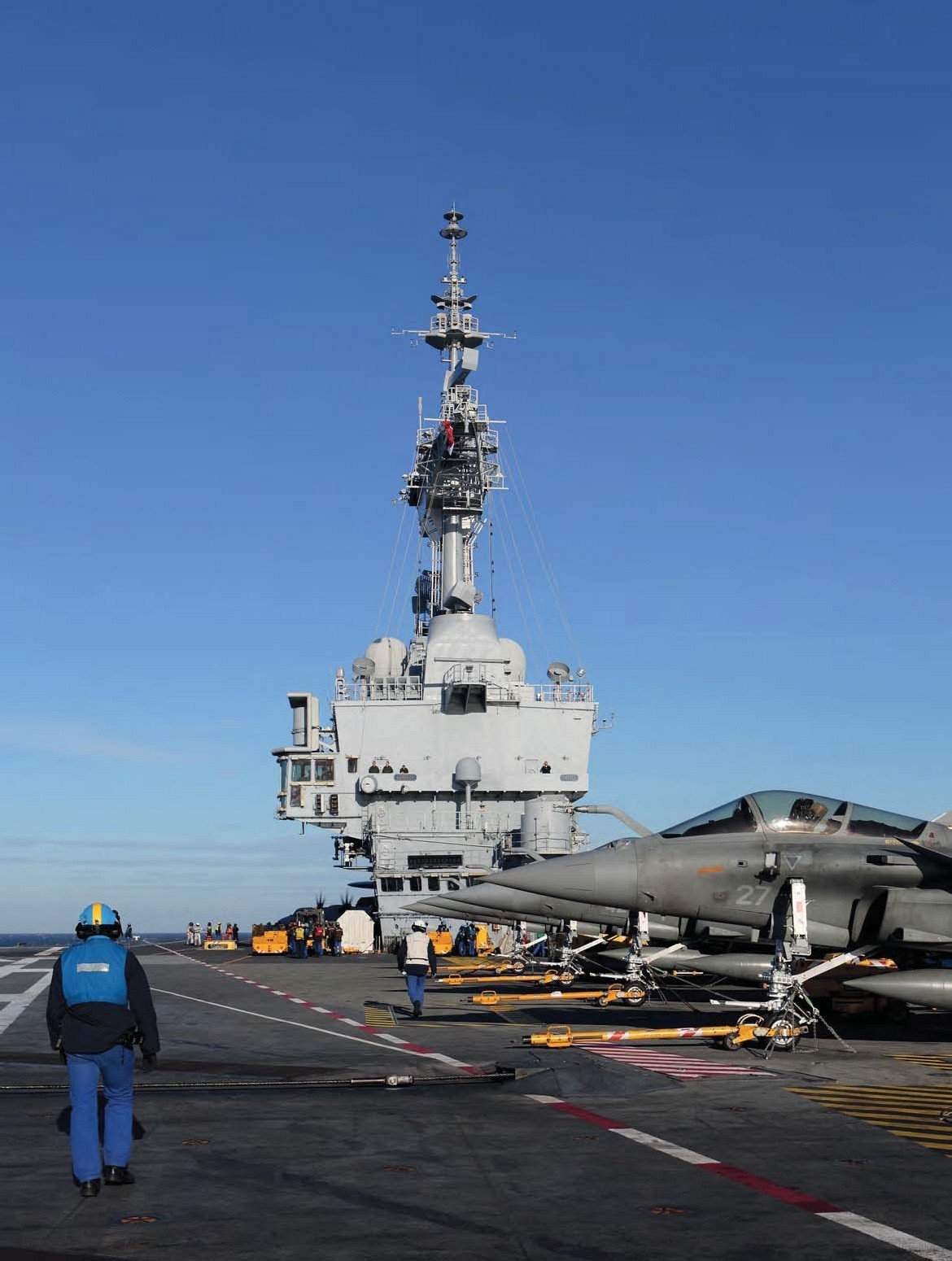 Conditions of relative calm on the flight deck and at sea belie the harsh nature of aircraft operations in the maritime environment. Rafale M is optimised to cope, delivering unprecedented reliability during combat sorties from the ship.

Boris says: “The engine repair shop comprises 25 specialists, 21 of them embarked from shore bases for the duration of a deployment. During intensive combat operations, an engine goes through the shop every three days. Charles de Gaulle has an engine test cell because of the relative lack of space aboard ship: on a land base it is always easy to tow a Rafale to an isolated corner for an engine run.

Here, space is at a premium and it would be detrimental to the air operations to block a parking spot on the flight deck every three days. The engine test cell therefore gives us operational flexibility while offering more in-depth testing capabilities.

“The Super Etendard’s Atar 8K50 was reaching the end of its life and becoming increasingly difficult to support and repair. The switch to an all-Rafale air wing is thus a major step forward.”

All Rafale engineers agree: the jet is easy to maintain and repair. “Maintenance is carried out continuously, without any planned second-line inspection every few weeks, as was always the case with the Super Etendard,” Premier maître (Chief Petty Officer) Patrice, an experienced Flottille 11F maintainer, says. “As a result, we can keep a constant number of aircraft available in the squadron all year round. That is a decisive evolution.

“But, for us, the major breakthrough is the advent of the on-board self-diagnostic system, which provides post-flight maintenance reports. The pilot is shown only major technical failures, those that could compromise the mission or endanger the jet. Once back on the ground or on the deck, every malfunction is reported to the engineers. This onboard, integrated fault-detection system has been progressively improved.

Maintainers and flight deck crew busy themselves with a jet designed to simplify their jobs to the greatest extent possible. 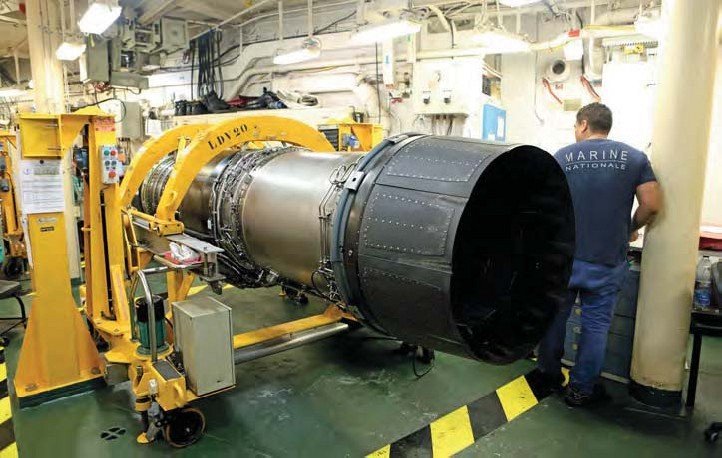 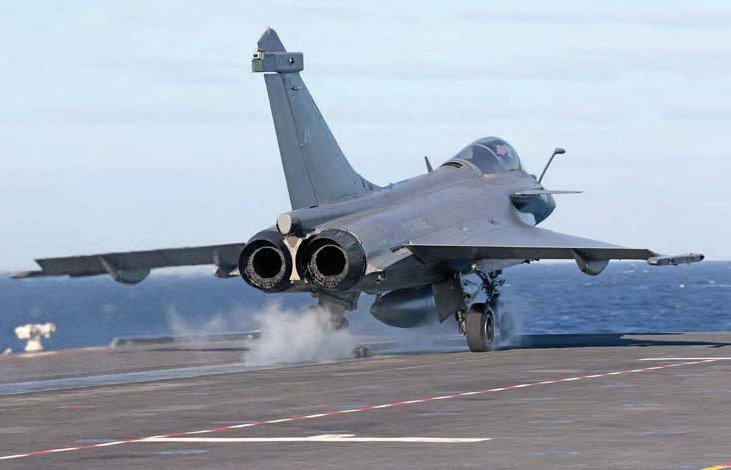 “In the beginning, on the Standard F2 Rafales, in the 2004–07 timeframe, we were constantly recording faults, with pages and pages of reports. We often had to remove aircraft from the flying schedule to investigate further, but without finding anything wrong. An issue with the aircraft’s drop tanks is a typical example of the problems we encountered.

“Rafale external fuel tanks are fitted with two fuel gauges, one measures the amount of kerosene in the tank, the second, positioned at the bottom of the tank, provides a low fuel warning. During combat training, under aggressive manoeuvring, when the pilot rolled inverted, the lower gauge would have no fuel to sense. The system ‘disliked’ the situation and reported the gauge as faulty, which was not the case. The software was modified so that the system ignores that situation and the fault-detection system is now totally reliable.

“Dassault tackled the entire diagnostic system problem, thoroughly debugging the software. Today, it works very well. When the pilot applies the parking brake at the end of the sortie, all data is transferred onto a PCMCIA card. On the test bench, malfunctions encountered in flight are highlighted to the engineers, whether fleeting problems, minor issues or major failures, considerably helping shorten troubleshooting and repair times. Some failure-prone aircraft systems were also modified and the Rafale is now fully mature.”

Rafale was designed with maintainers in mind. Patrice is extremely satisfied: “Ergonomics were taken into account from the beginning of the programme. Compared to our experience on the Super Etendard, we have direct access to everything. For example, most of the black boxes for the radios, the IFF or the fly-bywire controls are located in the avionics bay, behind the cockpit. They are mounted on racks, with self-connecting sockets.

“I remember, on the Super Etendard, there was a box low down in the cockpit, below the instrument panel. It was a nightmare because we had eight plugs to connect, working blind, doing it by feel. We spent literally hours putting pins and screws back. There’s nothing like that on the Rafale. It represents a real technological leap forwards.” 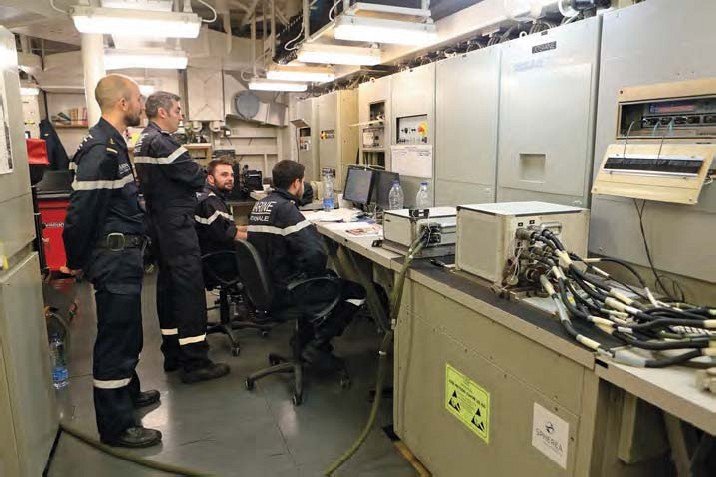 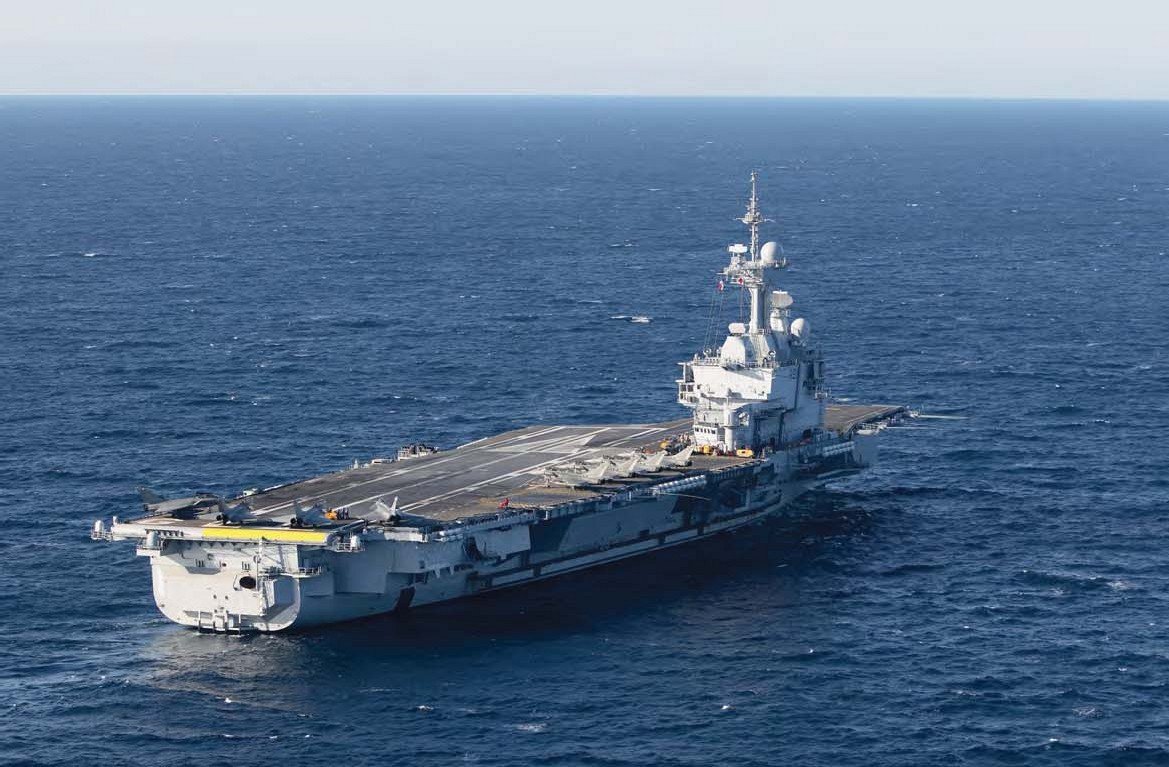 The combination of a reliable, mature aircraft and well-equipped, modern vessel have enabled Charles de Gaulle to mount sustained combat operations. The ship emerged from a recent refit even better equipped to support Rafale into the future.

Everything is quicker on the Rafale than on the Super Etendard. “We can change a canopy in less than 30 minutes, an engine in less than two hours, in operational conditions, on board the carrier. On the Super Etendard, an engine change could not be performed in less than six hours. The Rafale is quick to reconfigure too. Switching from a configuration with one drop tank on the centreline pylon, to a ‘three-bag’ configuration with three drop tanks takes about 20 minutes, provided the jet is already fitted with the CRB201 pylons under the wing.”

The jet’s innovative centralised weaponry system is also a huge step forward. It has many advantages over the traditional safety pins found on the pylons and launchers of other aircraft types, including increased personnel safety through clear and unambiguous weapon status, reduced manpower and turnaround times, independent management for each stores station and no more requirement for end-ofrunway (last chance) checks.

The extremely aggressive saline environment encountered on the ship requires additional precautions against corrosion. “At sea, we carry out additional greasing/lubrication and Ardroxing [with the common Ardrox anti-corrosion agent] every week,” Patrice explains. “The engines don’t require any special care. We just wash them with fresh water during the week after we return to Landivisiau.”

Since entering service, the Rafale has become remarkably reliable, and easy to operate, maintain and repair. Now fully mature, the aircraft has proven perfectly well suited to carrier operations and enabled the Marine Nationale to claim a powerful capability that remains unique in Europe.

”Compared to our experience on the Super Etendard, we have direct access to everything.”