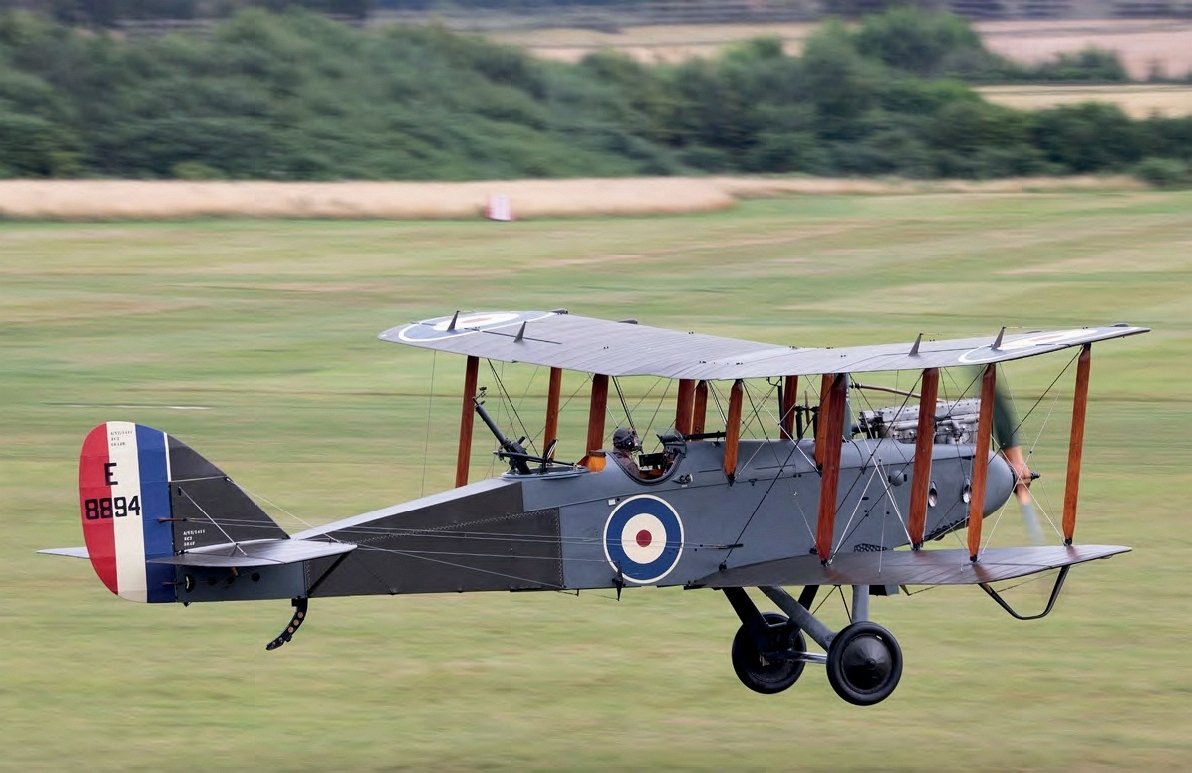 Clive Denney brings in the majestic DH9 at the close of its Old Warden debut. BEN DUNNELL

Another show during this golden age at Old Warden over, and the memory banks are again fortified with a large dram of dream fulfilment. This one was graced by the presence — with a wingspan of more than 42ft and its huge Siddeley Puma sitting proud in the nose, the prodigious presence — of the Historic Aircraft Collection Airco DH9, E8894, making its first foray away from Duxford. For a couple of brief moments after Clive Denney had gone aloft and into the hold before his display in the world’s oldest airworthy strategic bomber, with Scott Butler flying the Shuttleworth Avro 504K and Paul Stone the Sopwith Triplane, there were simultaneously examples of the Royal Flying Corps’ fighters, trainers and bombers airborne over the UK for the first time in around 100 years.