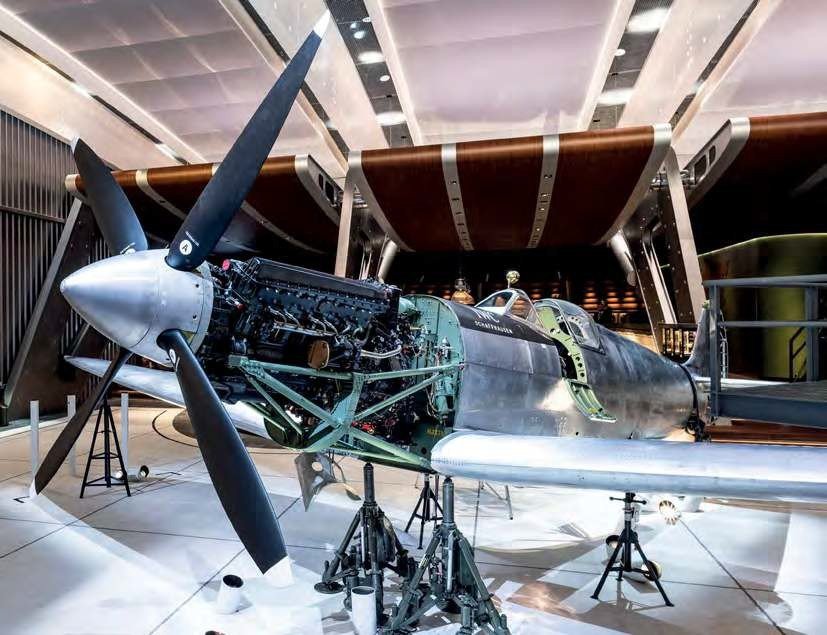 Part-restored Spitfire IX MJ271 on the IWC stand at the Palexpo centre in Geneva.
GETTY IMAGES FOR IWC 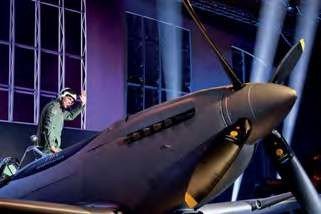 Matt Jones, who — along with Steve Boultbee-Brooks — will pilot MJ271 on the round-the-world flight, emerges from the cockpit of Spitfire IX RR232/G-BRSF during a lavish stage presentation at the Salon International de la Haute Horlogerie Genève.
GETTY IMAGES FOR IWC

Part-restored Spitfire IX MJ271/G-IRTY and airworthy Spitfire IX RR232/G-BRSF were roaded to the Palexpo exhibition and conference centre in Geneva to appear at the Salon International de la Haute Horlogerie Genève luxury watch convention in early January. MJ271 is currently being rebuilt to fly with the Aircraft Restoration Company at Duxford for the Goodwood-based Boultbee Flight Academy in preparation for a 27,000-mile, four-month round-the-world flight.

Sponsorship for the epic trip comes from Swiss manufacturer IWC Schaffhausen, whose new range of pilots’ watches was launched at the event.

After the show, MJ271 went back to Duxford where work will continue towards a first flight and the departure westbound of what has been dubbed ‘Silver Spitfire: The Longest Flight’ in the late summer. RR232, owned by Martin Phillips, has returned to Goodwood.