The USAF’s standard fighter-bomber of the 1950s was the distinctive, swept-wing Republic F-84F Thunderstreak. Malcolm V Lowe follows the development and extensive service of this characterful mud-mover

Spotlight on the F-84F 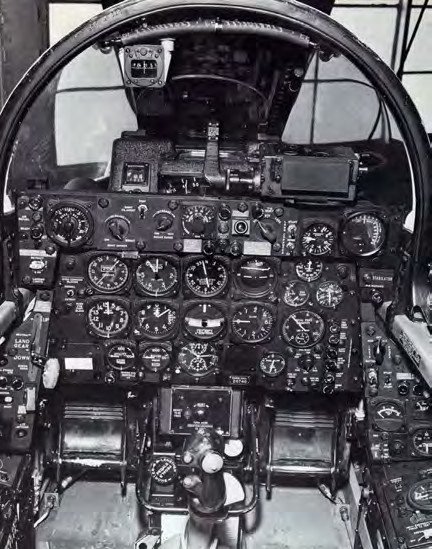 The 1950s-vintage instrument panel of an F-84F, in this case 52-6746, which was a -45-RE model built by Republic at Farmingdale. During that era everything was analogue, with dials and hand controls in many locations.
MALCOLM V LOWE COLLECTION

The widespread acceptance of jet propulsion – and increasing understanding of the benefits of sweptwing technology – created hitherto inconceivable possibilities for postwar aircraft designers. In the US, several warplanes at that time took full advantage of the potential of these developing concepts. One of these was the F-84F Thunderstreak, a product of Republic Aviation, which created the highly successful P-47 Thunderbolt.