It was one of the most spectacular of all British military jet display teams: six Fleet Air Arm de Havilland Sea Vixens in close formation. Fifty years on, we talk to former members of the fondly remembered Simon’s Sircus 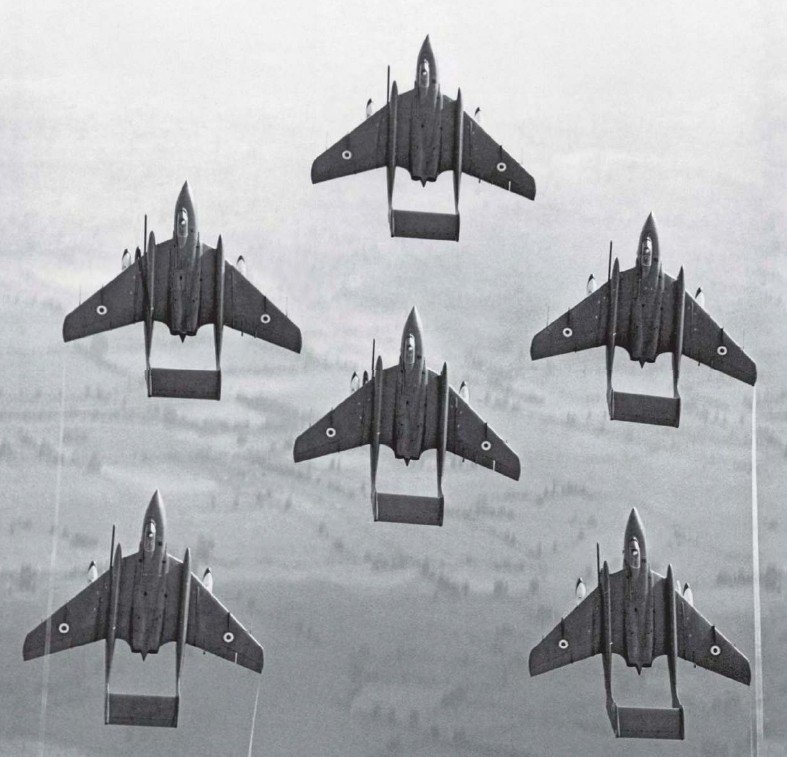 Despite de Havilland’s mighty Sea Vixen having equipped four front-line Royal Navy squadrons and serving for 13 years, only two aerobatic teams ever employed the type. Both, in the best naval traditions, had somewhat enigmatic names. Fred’s Five was formed in 1962 by 766 Squadron, flying the Sea Vixen FAW1, its name derived from the nickname of its leader, Lt Cdr Peter Reynolds. Then, in 1968, another Yeovilton-based Sea Vixen unit set up an aerobatic team to represent the navy for that year’s display season, to culminate with an appearance at the SBAC show at Farnborough in September. This time flying a six-ship, the outfit was 892 Squadron, its equipment the Sea Vixen FAW2 and the team Simon’s Sircus.