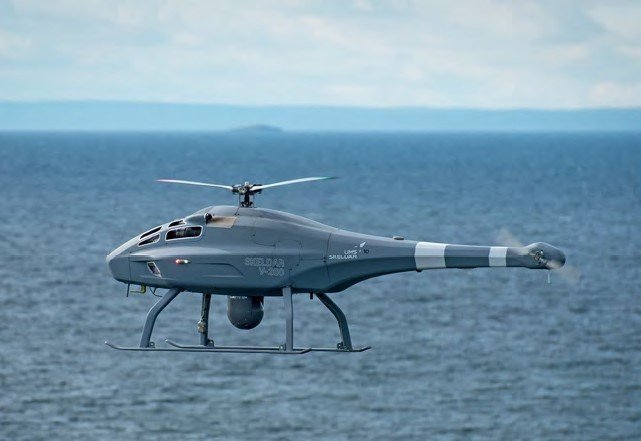 A trial is to assess the Skeldar V-200’s capability for delivering vaccines to remote South Pacific islands.
Martek Marine

The UMS Skeldar V-200 is to test the effectiveness of an unmanned system in delivering vaccines to remote regions in the South Pacific after Unicef and the Vanuatu government selected Martek Marine to demonstrate the system’s capability for the role in a trial on Efate Island in late August 2017.

Vanuatu is an archipelago of 83 islands in the South Pacific Ocean. Many of these islands are only accessible by boat and the lack of infrastructure and topography means there are logistical difficulties in accessing the islands for mobile vaccination teams.

The Skeldar V-200 trial will assess whether UAVs can operate safely in the environment to deliver vaccines to remote communities and therefore reduce disruption to the supply chain. It will also explore the wider potential of UAVs in the South Pacific.

The UK-headquartered Martek Marine provides maritime UAV services. It recently signed a two-year contract with the European Maritime Safety Agency to provide a pair of Skeldar V-200s for search and rescue, border control, pollution control, anti-smuggling, fisheries protection and emissions monitoring around the European coastline. The Skeldar V-200 is manufactured by UMS Skeldar, a joint venture between Saab, which originally developed the Skeldar, and the Swiss company UMS Aero. Mark Broadbent