The Slovenian Air Force, working closely together with the Croatians, also maintains a helicopter detachment at Camp Bondsteel on a four-month rotation. Usually, the Helikopterski Bataljon at Ljubljana/Brnik Airport deploys only one helicopter. Depending on requirements, normally a single Bell 412 or AS532AL Cougar is employed, supporting the 309 members of the 32nd Slovenian Armed Forces contingent and other KFOR troops. 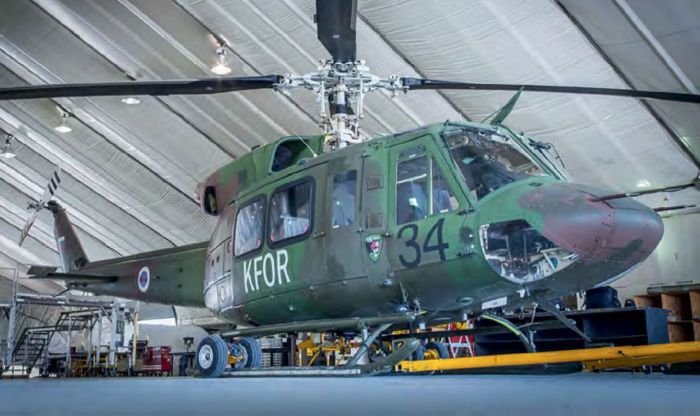 The Swiss Air Force has detached helicopters to Kosovo since October 2002, rotating crew, depending on the situation in-country, every three to four weeks, but with extensions when necessary. Between 70 and 80% of the Swiss Air Force’s helicopter staff, pilots and technicians are required to cover a year of operations in Kosovo.