Air Mauritius operates its first two A350s and aims to establish its home base as a hub between Africa and Asia. 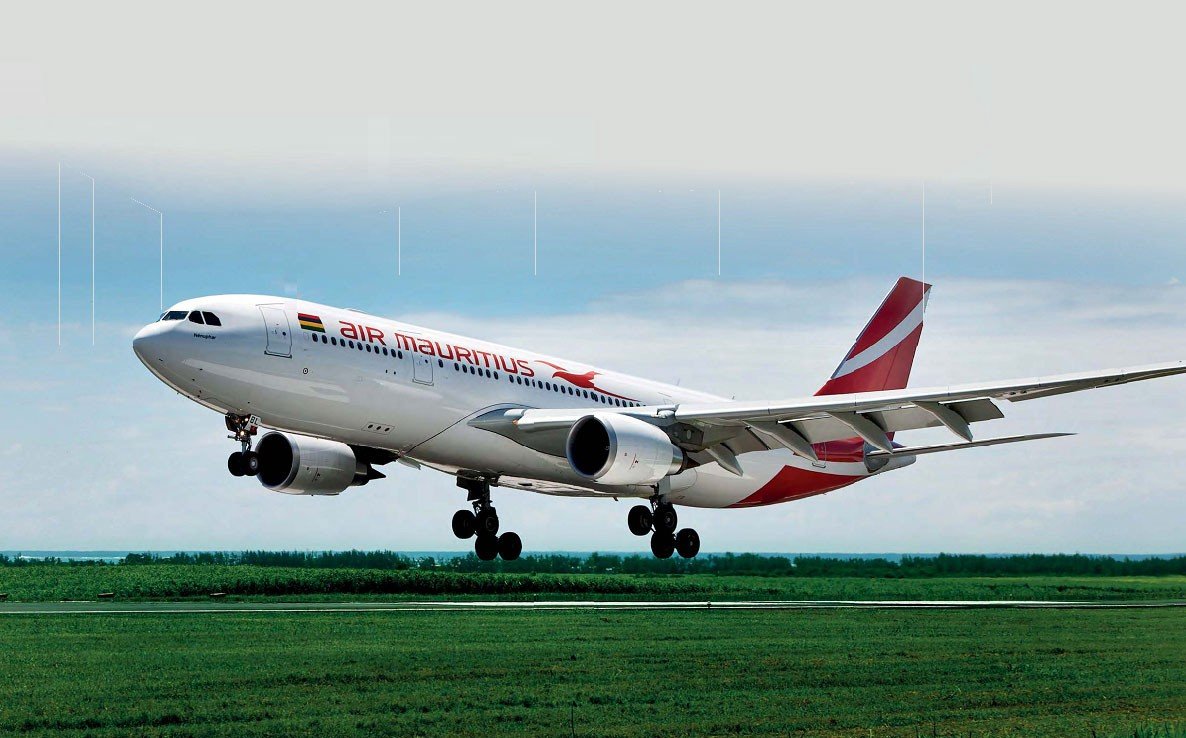 Nobody beats Somas Appavou in praising the qualities of the Airbus A350. Long before the Chief Executive Officer of Air Mauritius greeted the first aircraft of the new type on the island, he knew the jet inside out and much more intimately than most in the industry, including other carriers that ordered it, such as Ethiopian Airlines, now Africa’s biggest airline.

During an interview with AIR International at his office in Port Louis, capital of Mauritius, Appavou grinned: “It was me who sold them some of their A350s.” The jovial Mauritian, who until 2000 headed strategy and planning at Air Mauritius, worked for Airbus’ commercial sales team in Dubai handling Africa, India and the Middle East.

Appavou returned to his home island in 2017 to become CEO of Air Mauritius, and of course he is immensely satisfied with the current two A350s in the airline’s fleet. He acknowledged: “It has a very high dispatch reliability and the fuel burn is as low as promised, 15% less than the A340.”

When the first aircraft arrived in October 2017, the event was televised live and the prime minister gave a speech. That’s how important this event was for the whole island nation.

The two A350-900s are currently flying on daily routes from Mauritius to Johannesburg and sometimes on short, 30-minute hops to neighbouring Réunion Island, a French overseas department. The aircraft also serve Paris CDG, from where it is used by many transfer passengers from all over Europe.

With most hotels on Mauritius positioned in the luxury segment, the premium market plays an important role in Air Mauritius’ traffic mix. That’s why the airline’s A350s offer a fully fledged business class with 28 seats in 1-2-1 arrangement, plus 298 economy seats. The aircraft offer free Wi-Fi – if there is satellite connectivity, which is often lacking above the Indian Ocean.

Air Mauritius will receive four more A350s, but it has pushed out deliveries to 2023. Instead, the island airline will receive two A330-900s from Toulouse, meaning the carrier will be among the first operators of the latest A330neo variant.

Appavou explained: “We bought the A330-900s for routes that don’t need the range of the A350. The A330s will go to Asian cities, as well as Perth in Australia and Geneva.”

These two remaining A340s will continue in service for a few more years until they are replaced by the last two A350s by 2023. Appavou confirmed: “For long haul, we then have the number of aircraft to do the job. We will not order beyond six A350s. Our focus is now to expand Mauritius as a regional hub.”

Mauritius is booming as a tourist destination. The island, in the southern Indian Ocean, is home to 1.26 million inhabitants. It received 1.34 million visitors in 2017, and in 2018 another 1.41 million tourists were expected. However, the high seasonality of the tourism trade is a problem, as most sun-seekers arrive during the European winter. Appavou acknowledged: “We need stability in our schedule and to be less dependent on seasonal travel, as is very common in tourism.”

Furthermore, competition gets particularly heated in winter, with carriers such as Alitalia, Austrian, Edelweiss, KLM and Lufthansa all appearing on the island during the peak season. From the UK, Air Mauritius flies year-round up to three times weekly from London Heathrow, while British Airways and TUI Airways serve the island year-round from London Gatwick.

The two biggest players behind the national carrier are Emirates, which operates two A380s with the 615-seat cabin layout daily, and Turkish Airlines, which also has daily flights. Emirates has a code-sharing agreement with Air Mauritius and the airline gets cheap allocated seats it can sell itself, a lucrative deal for the Mauritian carrier.

The competition with Turkish is a different matter. Appavou said: “We are pressured by external powers to do Open Skies, but this is not the way it can be done. Turkey doesn’t even have a bilateral agreement with Mauritius. Turkish Airlines flies here under an interim agreement they pushed through. Eighty per cent of their passengers are from Europe, not only taking traic from us but also from other European carriers.” 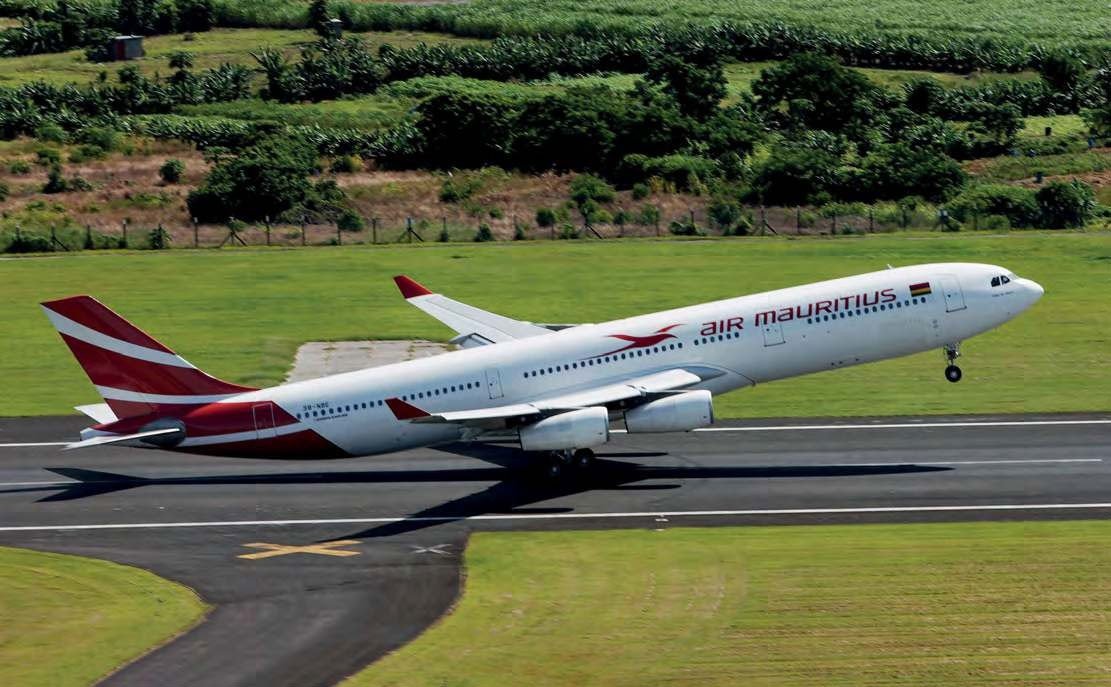 Airbus A340-313X 3B-NBE (msn 268) has been used by Air Mauritius since April 1999. Most of the airline’s A340s are to be phased out, although two will be retained for a few more years and be upgraded with a new interior.
Air Mauritius

Air Mauritius’ first Airbus A350-941 3B-NBP (msn 145), pictured on delivery in 2017. The airline will receive four more examples over the coming years.
Airbus

This is especially threatening for an island carrier with a naturally limited home market dominated by tourism. While there are upwards of a million passengers arriving in Mauritius from abroad every year, only about 250,000 Mauritians begin their journey from here. The CEO noted: “We don’t have the economies of scale to compete with Emirates or Turkish, and we can compete even less on price.”

Competition has become tougher in the last few years, through carriers such as Turkish utilising Sixth Freedom traic rights, like taking Brits via Istanbul to Mauritius, and also through the increased presence of national carriers like Lufthansa and BA. The igures are clear. While Air Mauritius had a market share of 54% at its home airport in 2007, it shrank to just 44% a decade later. Appavou said: “We are still adapting to that new world.”

Bridge between Africa and Asia?

For many years, the idea has been to turn Mauritius into a global gateway to tap into traic streams beyond the pure tourist market to and from the island.

Appavou said: “Our only chance to remain on the market is to position ourselves as a bridge or hub between Africa and Asia. He addedL “We have to tap into another segment, connecting traic.”

Currently, only 7–10% of the carrier’s passengers use Mauritius just to change lights. Turning the idea of a global gateway into reality seems a bit farfetched, according to the analysts at the Centre for Aviation. A 2016 report from the consultancy said: “A much bigger Air Mauritius is required if the country is to succeed at becoming a bridge between Africa and Asia …ultimately [it] will need a signiicantly larger fleet to support ambitious hub aspirations.”

Currently, the island airline is the fourth largest sub-Saharan African carrier and, in terms of the number of Asian destinations, even larger than market leader Ethiopian. Air Mauritius serves four Chinese cities plus Hong Kong, Kuala Lumpur and its new strategic Asia hub in Singapore, where it cooperates directly with Changi Airport to create connectivity. 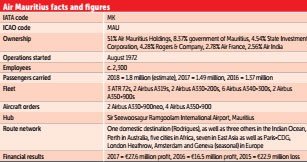 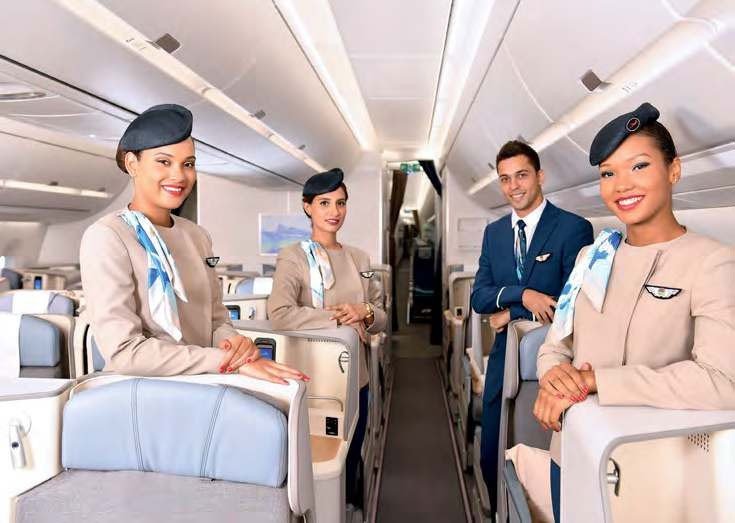 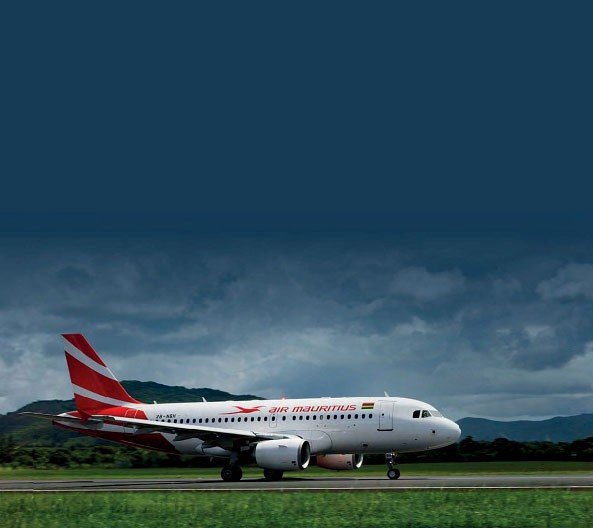 Air Mauritius operates two Airbus A319-112s, including 3B-NBH (msn 1936) seen here, for short-haul services. The carrier intends to place an order for new single-aisles within the next year.
Air Mauritius

One problem is the low frequencies. There are only 20 weekly flights to 12 Asia-Pacific destinations, including India and Perth in Australia, while Ethiopian, for example, serves its seven Asian destinations daily.

The other obstacle on the way to become a bridge between Africa and Asia is the currently tiny route network on the African continent. While Air Mauritius serves three cities in South Africa, among them Johannesburg with daily flights, it serves only Nairobi, Maputo and Dar es Salaam besides. It is too few destinations and frequencies to create meaningful transfer connections.

The airline also lacks suitable aircraft. Appavou said: “We see our catchment area in a radius of about six flight hours around Mauritius, and to build up such a network we need single-aisle aircraft. Today we serve routes of up to seven hours, like to Mumbai or Cape Town, with the A319, but in the same radius are Singapore, Kuala Lumpur, Bangalore, Chennai or some other points in Africa like Luanda. These are all possible points for our expansion.”

There is enough traffic within this zone that the airline can tap into. While Air Mauritius currently only operates two elderly A319s alongside its widebody fleet, the process to order more, smaller aircraft has started. Appavou revealed: “We are at the beginning of the evaluation process to order four to six new single aisle aircraft; a firm decision can be expected by autumn 2019 at the latest. We are looking at the A320neo, 737 MAX, Embraer E-Jets E2 and the A220.”

Appavou knows his main task: “We have to increase our passenger volumes in order to maintain our stability, while yields are always decreasing and costs going up by 3–4% every year.”

At least for 2018 this seems to have worked, as the airline expects to carry 1.7 million passengers versus 1.5 million the previous year.