DISCUSSING A new version of the Superjet at the Singapore Air Show, President of the Sukhoi Civil Aircraft Company Alexander Rubtsov said: “We began work only a few weeks ago,” but it is expected to be available in just over four years. Designed with a shortened fuselage with seating for 75 passengers and intended for routes 1,500–2,000km (810–1,080 nautical miles), the new jet is smaller and flies fewer passengers on shorter routes than smallest of the current Superjet family.

Technologies used on Russia’s other airliner under development, the Irkut MC-21-300, including avionics, will be used on the new Superjet, which SCAC is considering designating the MC-21-75.

Fuselage design will be completely revised to reduce weight, although its diameter will remain so that each row of seats stays at five. The spacious fuselage is considered a competitive advantage by SCAC. An entirely new wing will be used, built of an as yet unspecified material. Alexander Rubtsov said: “We are eager to try a composite wing. If it yields expected aerodynamic and weight benefits, we will use it.”

The new aircraft may be powered by a new, de-rated variant of the Superjet’s PowerJet SaM146 engine, but other options are more probable. Alexander Rubtsov said all engines with similar thrust rating are being considered, including the yet to be built Russian Aviadvigatel PD-7, and other Western power plants.

Rubtsov said: “The new aircraft is being designed for a specific customer, who is very interested in it.” Rubtsov refused to name the customer, but confirmed it is Russian and one that can operate abroad, with a requirement for 100 aircraft. That suggests the interested company is a large leasing company. Piotr Butowski 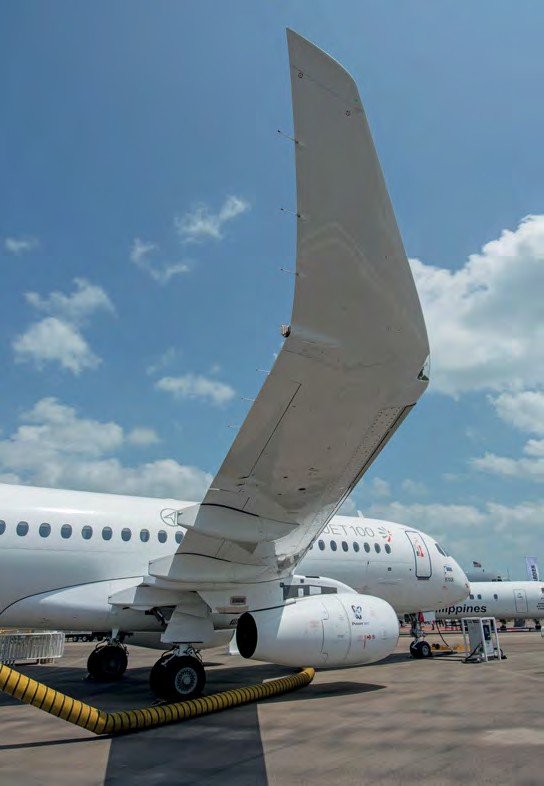