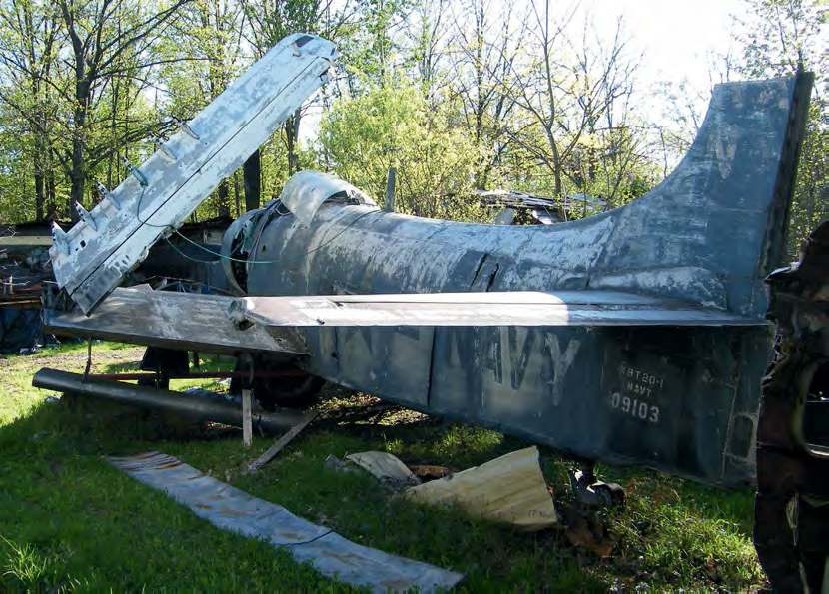 Douglas XBT2D-1 BuNo 09103, one of the 25 prototype Skyraiders, is a long-term resident in the Soplata yard. JOHN BENNETT 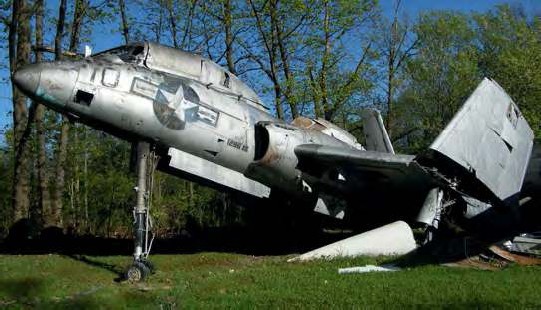 The remaining contents of the famous Soplata yard at Newbury, east of Cleveland, Ohio, are to be sold off, bringing the 71-year history of this aeronautical treasure-trove to a close. Among the aircraft to be sold is Douglas XBT2D-1 BuNo 09103, one of the 25 prototype and service trials aircraft accepted by the US Navy between June 1945 and May 1948 as part of what became the AD Skyraider programme.

Then there is the unique fuselage of the stainless steel Fleetwings XBT-12, 39-0719, the prototype of the BT-12 Sophomore basic trainer, 24 of which were built by Fleetwings at Bristol, Pennsylvania during 1942-43 for the US Army Air Forces. The type was soon passed over in favour of the Vultee BT-13, and no production BT-12s survive. Bombers include the fuselage of Convair YB-36 42-13571, the first prototype B-36 to be fitted with the bubble canopy used on production examples, and the nose of a former No 55 Squadron Handley Page Victor K2, XL191, written off in a heavy landing at Hamilton International Airport, Ontario on 19 June 1986. Vought F7U-3 Cutlass BuNo 129685, one of only seven survivors of this semi-tail-less, 1950s US Navy fighter, awaits a new home, as does the fuselage and tail of an anonymous Republic P-47D Thunderbolt.

Walter Soplata, the penniless son of Czech immigrants, grew up during the Great Depression and developed a fascination with aircraft. Disqualified from military service during the war due to a stammer, post-war he took a job in a scrapyard at Cleveland, Ohio, and soon became aware that many aircraft types faced extinction.

His first acquisition in 1947 was a late-1920s American Eagle biplane, and during the early 1950s he moved onto heavier metal, acquiring a Goodyear FG-1D Corsair, a Vought F2G Corsair, a prototype North American XP-82 Twin Mustang, and an F-82E Twin Mustang Some aircraft were sold over the years: the F2G was restored to fly by Bob Odegaard at Kindred, North Dakota, and was tragically lost in an accident in September 2012 that killed the popular restorer/airshow pilot. The XP-82 is approaching the end of a restoration to airworthiness with Tom Reilly at Douglas, Georgia, and a B-25J, Wild Cargo, once owned by Soplata flies with Jerry Yagen’s Military Aviation Museum in Virginia Beach, Virginia. Walter Soplata died in November 2010 at the age of 87, leaving an enduring legacy to the world of aircraft preservation.

More than 53 years after it first flew, the second pre-production prototype General Dynamics F-111A, 63-9767, recently went on display at the Lake County Veterans Memorial at Waukegan National Airport, Illinois, following a three-year restoration by volunteers from Chapter 414 of the Experimental Aircraft Association. It was previously displayed at the now defunct Chanute Air Museum at Rantoul, Illinois. This F-111 first flew in February 1965 as one of a batch of 10 pre-production prototypes. It served as an engine/intake testbed until being retired to the Chanute Air Museum during 1969. As a veterans’ memorial exhibit, it has been finished in a generic USAF scheme. 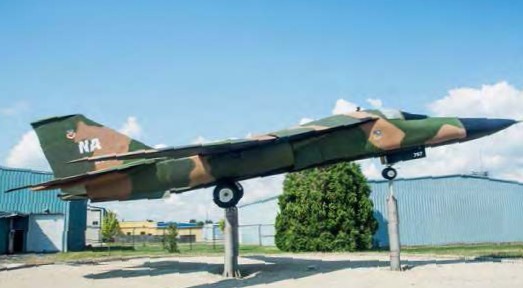 It may not look like it, but this is the second pre-production prototype F-111A, 63-9767, now wearing a generic USAF scheme for display at the Lake County Veterans Memorial at Waukegan National Airport, Illinois. DAVE JOHNSTONE