SOS: Save a Skymaster

WITH the 70th anniversary of the start of the Berlin Airlift in 2018, a plan to rescue Douglas C-54D N44914 from oblivion at North Weald is now being formulated. The aircraft — which was operated by the US Navy as BuNo 56498 between March 1945 and April 1972 — arrived at the Essex aerodrome in September 2002, along with DC-4 N31356 for use in a film about the Berlin Airlift, which was destined never to go into production. Sadly, N31356 was scrapped in September 2015.

Allan Vogel from the newly launched Save the Skymaster campaign says: “I have conducted enquiries with various repair organisations, and the replies I have received so far have all been positive that a restoration to flight is achievable. We have until the end of May to secure the airframe for £60,000 and pay for parking for the next year at £4,800 before she will be stripped down and sold for scrap. If we can purchase the airframe and secure the parking, then work can commence. The target would be to have the aircraft ready for an air test within six or seven months. With the C-54 probably being in demand for the 2018 airshow season and the 70th anniversary of the Berlin Airlift, the aircraft could be used as a flying classroom, touring Europe and educating our youth on the great service they and their pilots sacrificed for the freedom that Europe enjoys today.”

A Save the Skymaster Just Giving page has been set up: go to the Facebook page @savetheskymaster.

“With the 70th anniversary of the Berlin Airlift, the aircraft could be used as a flying classroom touring Europe” 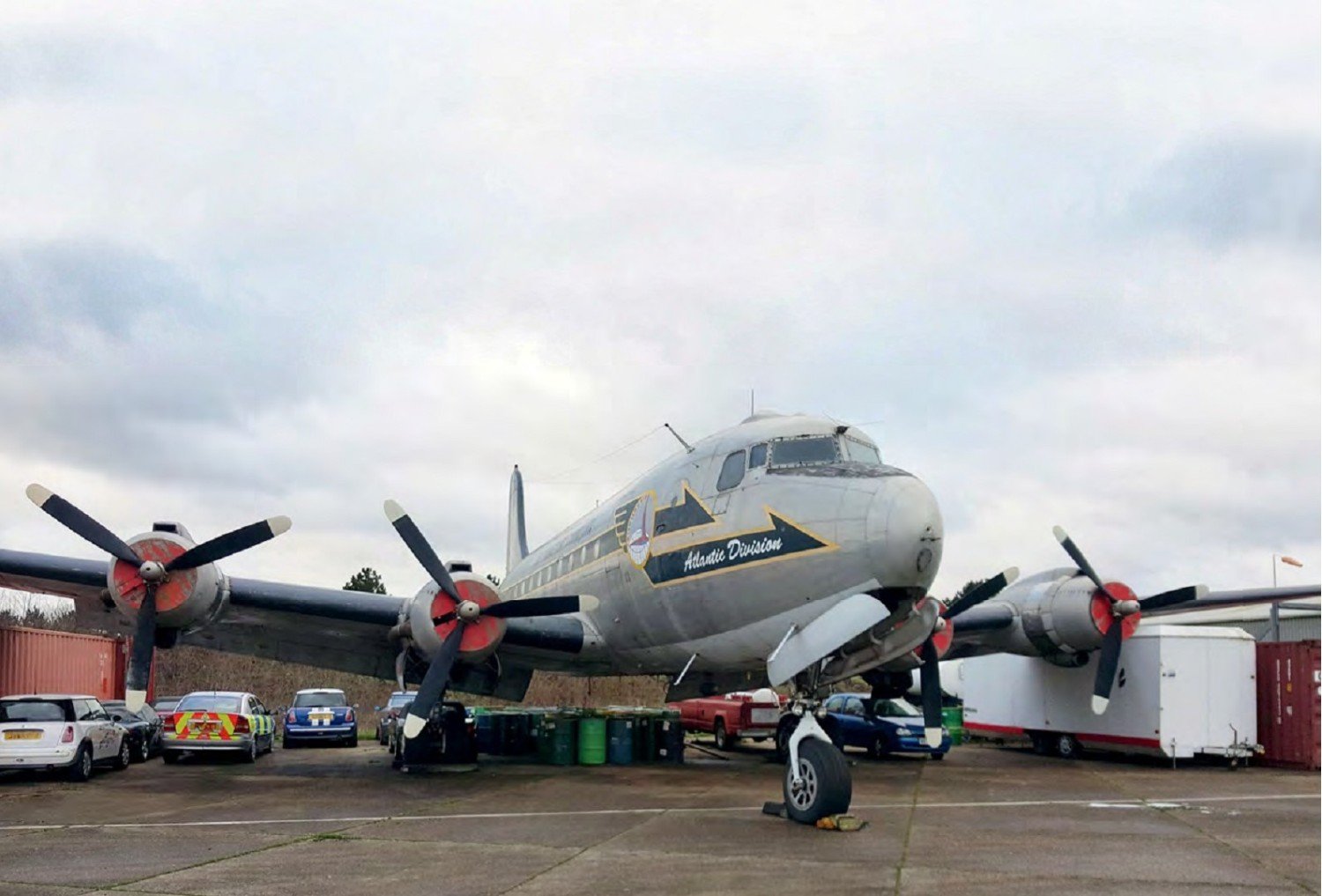