Space: The next frontier

In summer 2019, the Ministry of Defence outlined an ambitious space programme, including committing £30m to fast-track the launch of a small satellite demonstrator within a year. It’s just one indication of the growing importance of space to modern air forces, as Air Power Association President, Air Marshal (ret’d) Greg Bagwell CB CBE explains. 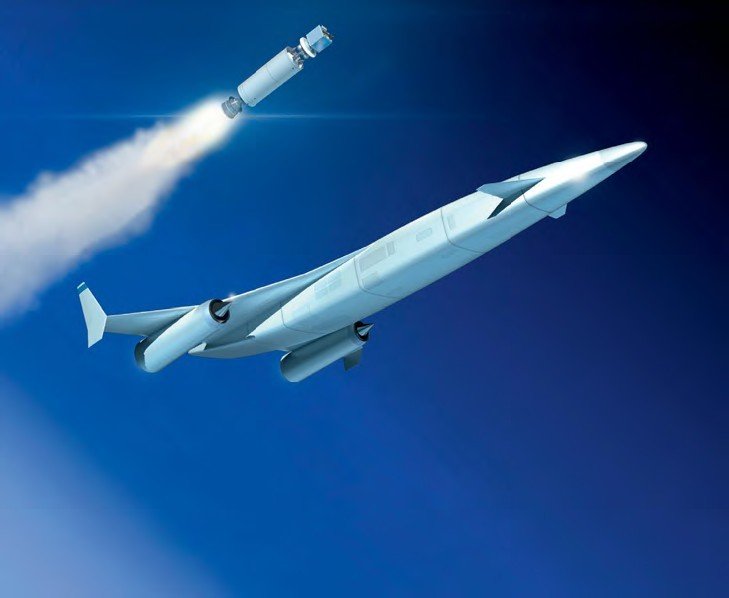 An artist’s impression of a future satellite-launching spaceplane powered by Reaction Engines’ SABRE – Synergetic Air Breathing Rocket Engine. Capable of propelling both high-speed aircraft and spacecraft, SABRE engines combine the fuel eficiency of a jet engine with the power and high-speed ability of a rocket. They are capable of Mach 5.4 in air-breathing mode, and Mach 25 in rocket mode for space flight. Reaction Engines
Below: The USAF’s X-37B Orbital Test Vehicle Mission 5 successfully lands at NASA’s Kennedy Space Center Shuttle Landing Facility on October 27, 2019. The secretive X-37B OTV is an experimental test programme to demonstrate technologies for a reliable, reusable, unmanned space test platform for the USAF. The fifth mission had launched on September 7, 2017, from Cape Canaveral Air Force Station, Florida, on board a SpaceX Falcon 9 booster. USAF

The US Air Force’s secretive X-37B spaceplane lands at NASA’s Kennedy Space Center Shuttle Landing Facility in Florida, after spending a recordbreaking 26 months in orbit. The Orbital Test Vehicle, a reusable and unmanned spacecraft, has just completed its fifth mission. You might be forgiven for thinking the statement above is set in the future, but this actually happened last October.