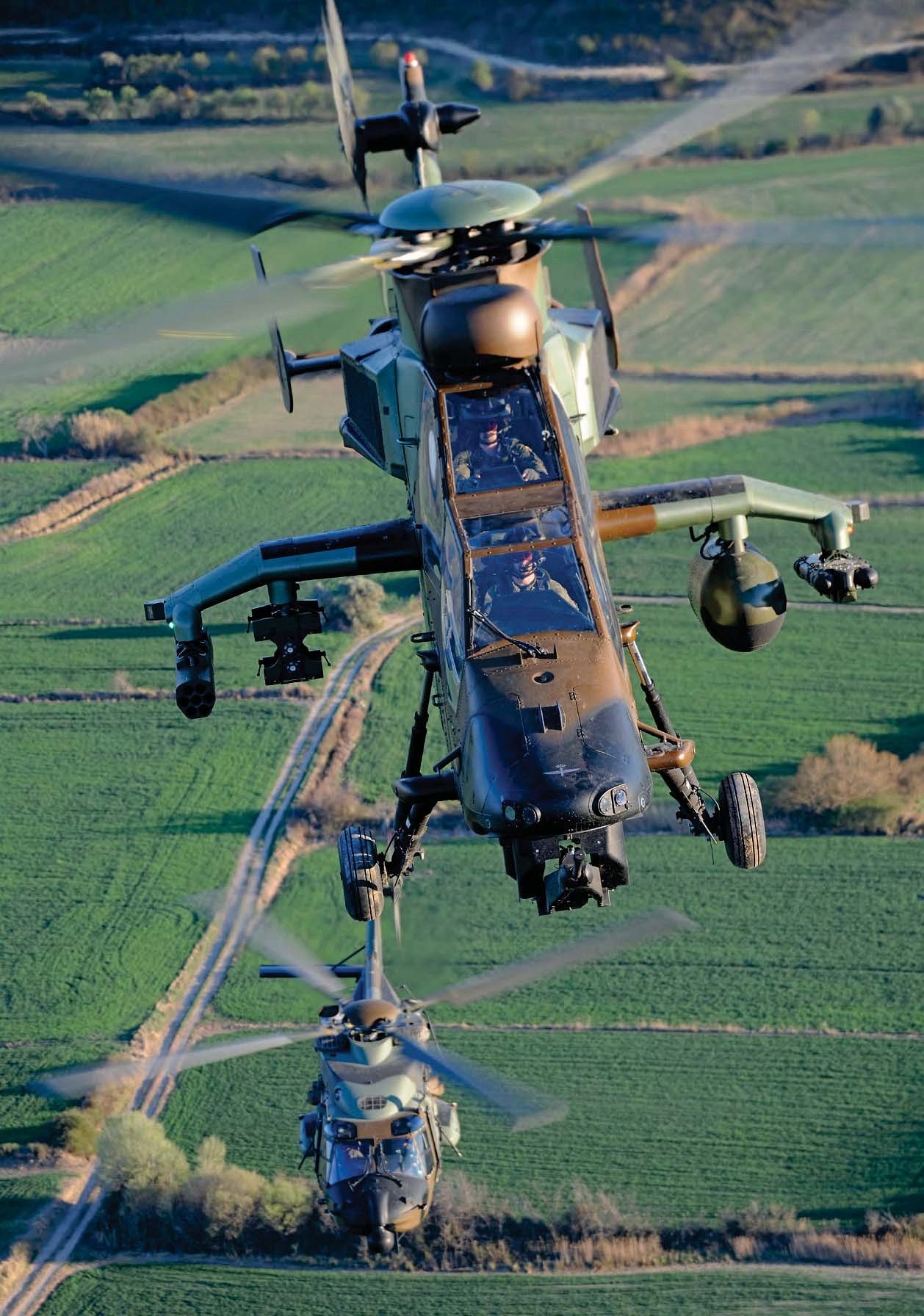 A FAMET Tiger HAD leads an NH90 TTH during recent exercises. The pairing represents an important advance in overall capability for the air arm.

SUMMER, AND THE north of Spain is dry and dusty, ravaged by the unrelenting sun and soaring temperatures. The San Gregorio exercise area, close to the town of Zaragoza, is one of the biggest in Europe, with armored vehicles criss-crossing rough tracks, kicking up plumes of dust that are quickly swept away by the strong winds. The FAMET (Fuerzas Aerómoviles del Ejercito de Tierra, Spanish Army Airmobile Forces) deploys its helicopters here to work closely with the ground forces, and it serves as an ideal opportunity to check out the new hardware in town.