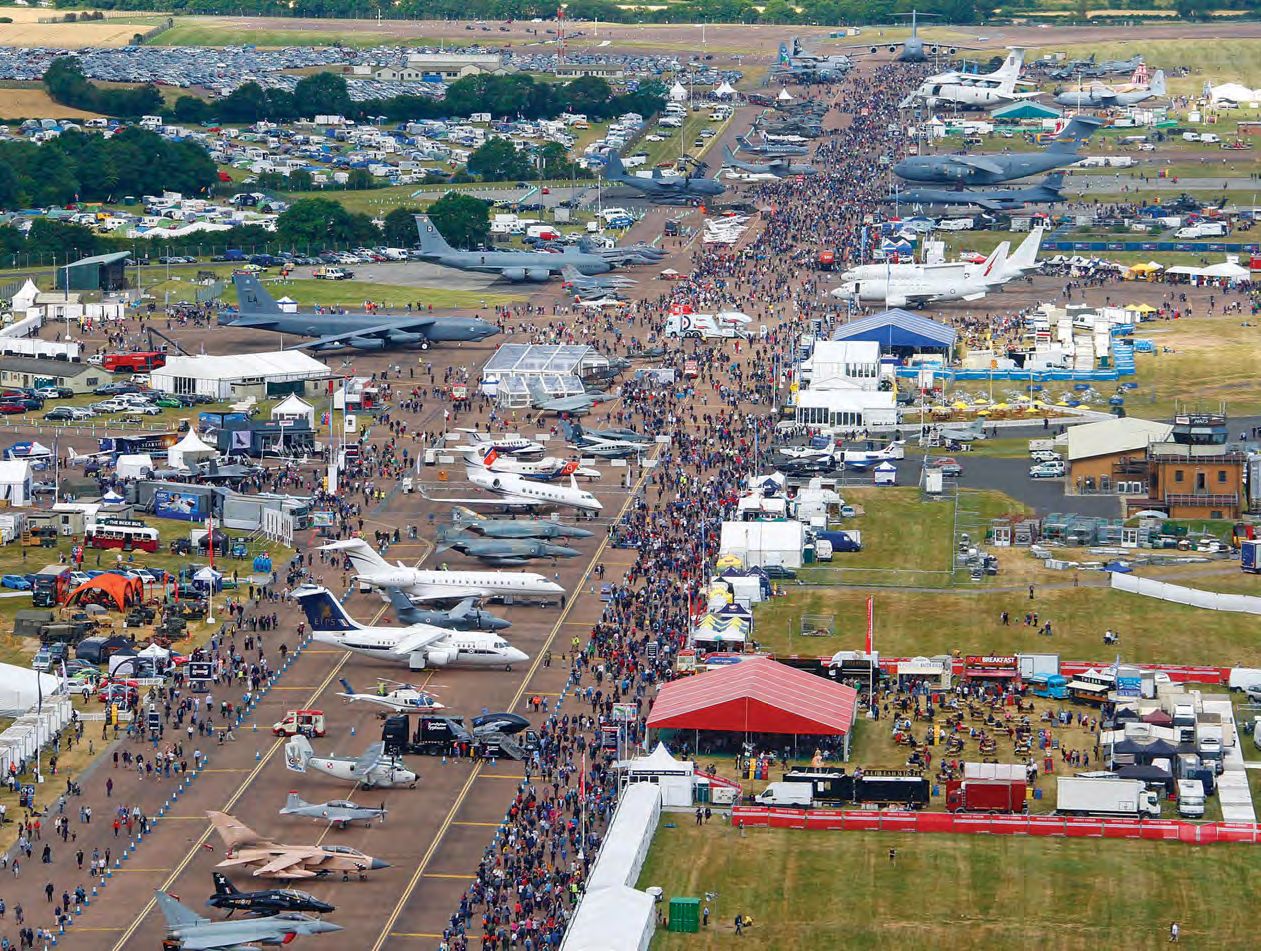 A view of the main taxiway looking west with the crowd enjoying the diverse selection of aircraft on show.
Air Tattoo photography

This year’s Royal International Air Tattoo at RAF Fairford in Gloucestershire, held over July 14-16, marked the 70th anniversary of the USAF. The air arm provided an array of aircraft, though the star attraction for many was the B-2A Spirit which performed flybys on the Sunday accompanied by two F-15C Eagles. The theme provided other highlights, including the USAF’s ‘Thunderbirds’ display team, while an F-22A Raptor performed on the Sunday (bad weather prevented it and some other aircraft flying on the Saturday) and also flew with P-51D Mustang Frenesi (N357FG). A Lockheed U-2S was a welcome feature of the static park.