Miles Hawk Speed Six G-ADGP made its debut appearance under Shuttleworth Collection ownership during Old Warden’s Family Airshow on 5 August, following its acquisition from Roger Mills by the Shuttleworth Trust in April. The 1935-built racer was flown by Shuttleworth’s chief pilot, ‘Dodge’ Bailey, in formation with Percival Mew Gull G-AEXF, which had the collection’s chief engineer Jean-Michel Munn at the helm.

Another recent arrival at the Bedfordshire aerodrome is Roy Palmer’s Royal Aircraft Factory SE5a reproduction, ‘C1096’/G-ERFC, which had been assembled by mid- August. It is hoped that the Hispano Suiza-powered machine will be displayed alongside Shuttleworth’s Wolseley Viper-engined original SE5a, F904/G-EBIA, in the air during the 2019 season. 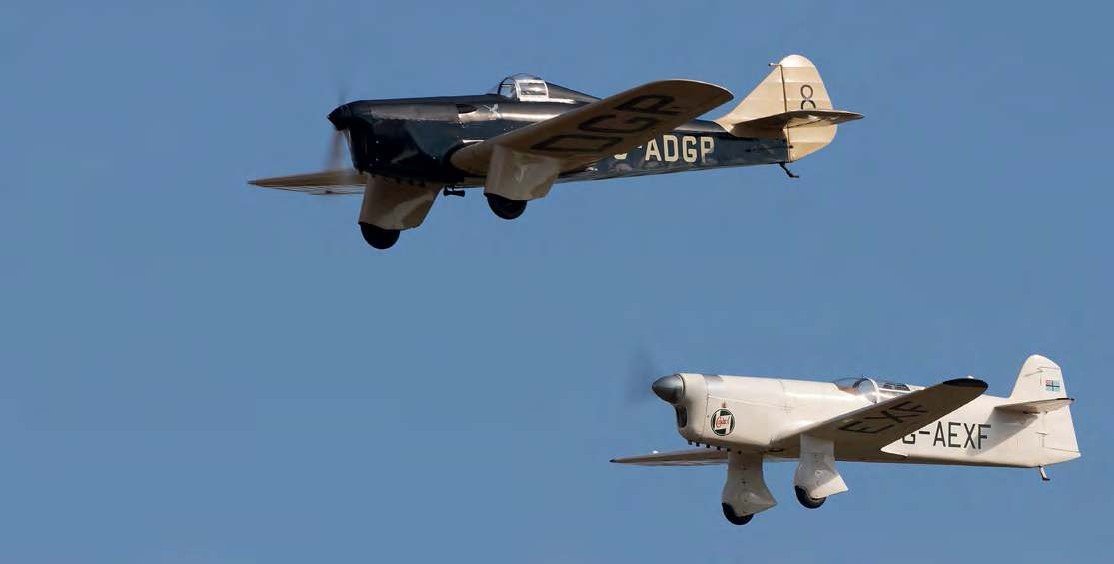