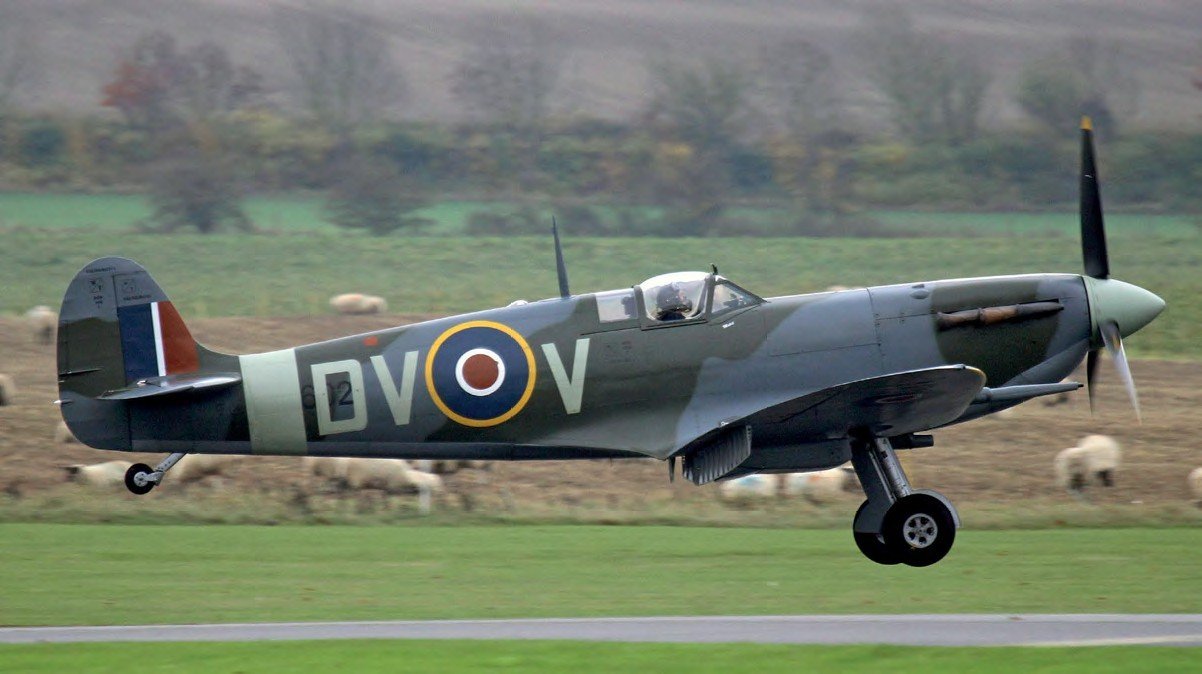 Spitfire Vc EE602/G-IBSY was acquired by Anglia Aircraft Restorations from its previous owner Fairfax Spitfires LLP during October, and was flown to Duxford from Biggin Hill by Richard Grace on 20 November. Built by Westland at Yeovil in September 1942, EE602 first served with No 66 Squadron at RAF Zeals, Wiltshire, joining No 129 Squadron at Ibsley, Hampshire, during May 1943. It flew more than 100 operations, and escorted USAAF Boeing B-17 Flying Fortress Memphis Belle back over the English coast after its 25th and final bombing mission on 17 May 1943.

The fighter was restored over a three-year period at the Biggin Hill Heritage Hangar, taking to the air again on 15 May 2015. On 26 November Richard Grace flew EE602 back to Biggin, but it is expected to return to its new home at Duxford during early 2018.