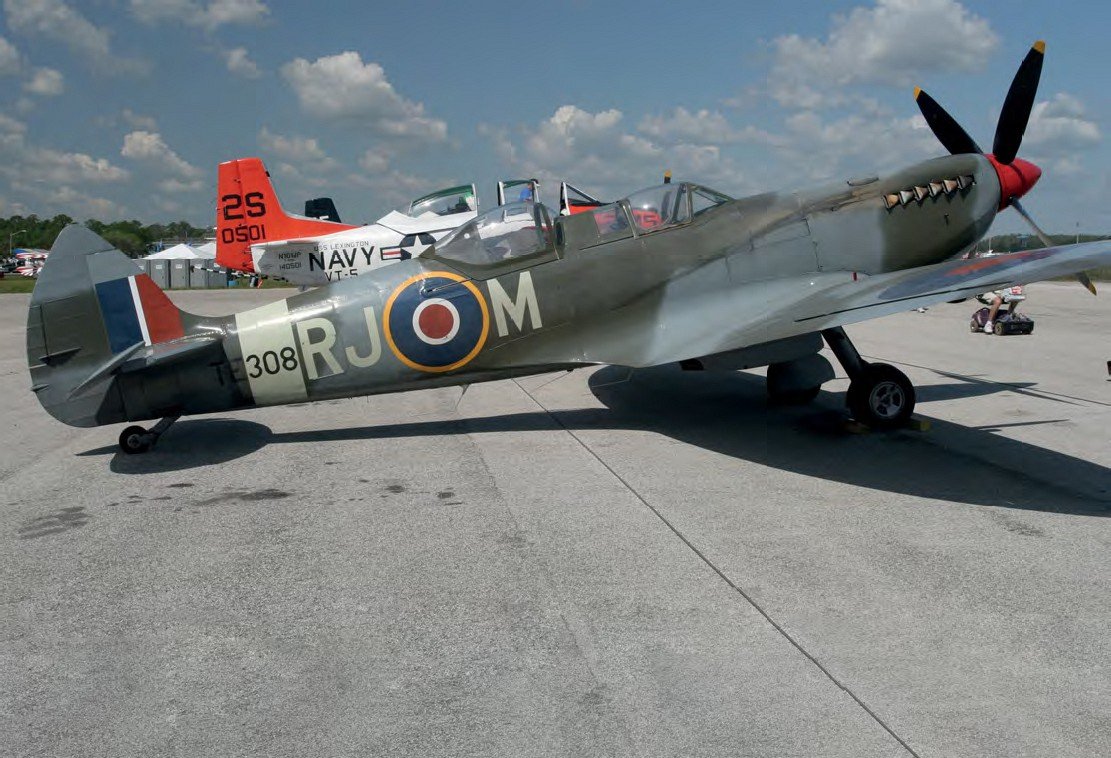 Spitfire IXT TE308 at Oshkosh while under the ownership of Bill Greenwood.
MIKE SHREEVE

The former Irish Air Corps Supermarine Spitfire IXT TE308/IAC 163 was sold by long-term owner Bill Greenwood of Aspen, Colorado, in early October, and will soon arrive at the Biggin Hill Heritage Hangar for restoration. The two-seater hasn’t flown since being damaged in a collision with Hawker Hurricane XII RCAF 5708/N96RW on the ground at Galveston, Texas in April 2008, and had been under rebuild at Fort Collins, Colorado. Once it is airworthy again, TE308 is expected to join the three other two-seaters — MkIXs MJ627 and MJ772, and MkVIII MT818 — used on the ride programme at Biggin Hill. One possible colour scheme under consideration for TE308 is a Royal Australian Air Force No 457 ‘Grey Nurse’ Squadron shark’s mouth livery, as seen in the Pacific theatre in 1945.

Australia’s only airworthy Grumman S-2 Tracker, RAN 844/VH-NVX, made its first flight for 10 years from HMAS Albatross at Nowra, New South Wales to the Historic Aircraft Restoration Society (HARS) Aviation Museum at Albion Park on 14 September. It will now be operated by HARS following the sale by tender of the entire, nine-strong aircraft Theet of the Royal Australian Navy (RAN) Historic Flight in February 2019. HARS engineers spent several months testing and preparing the former submarinehunter — one of 32 Trackers operated by the Australians between 1967-84 — for the short delivery flight, and will now look after the S-2G as it embarks on the next phase of its display flying career.

Tracker crew chief Terry Hetherington says, “It is anticipated that the Tracker will appear at most of the major airshows in the coming years, including HARS’ own Wings over Illawarra in May next year and the Temora Aviation Museum’s Warbirds Downunder event later in 2020. The RAAF will be celebrating its centenary in 2021 and it is expected that many of HARS’ Theet of ex-Australian Defence Force aircraft will be participating in the centenary activities.” 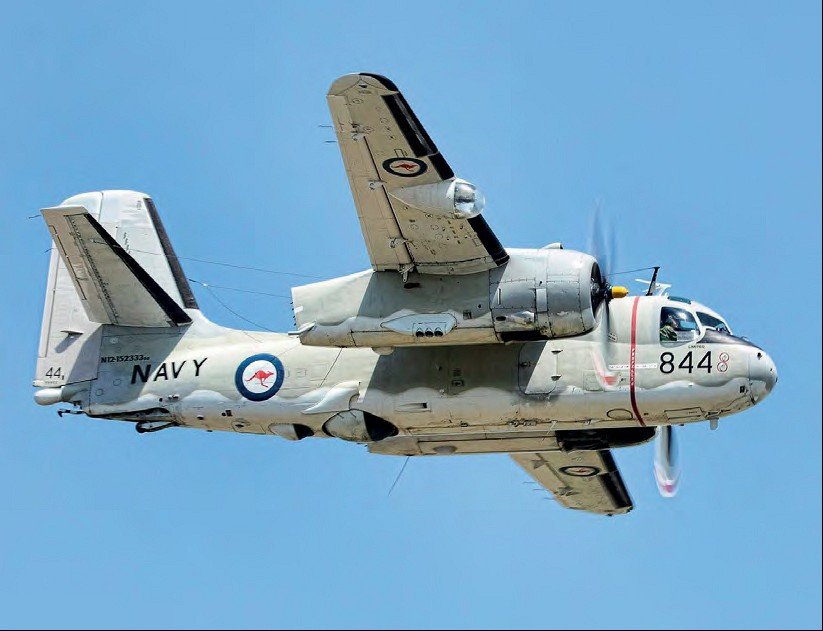 The characterfully rotund S-2G Tracker RAN 844 makes a low pass at Albion Park before landing after the ferry flight from Nowra on 14 September. The anti-submarine aircraft had not fl own for 10 years until that day.