Construction has been under way for nearly a year, the project incorporating several original parts, including fuselage frames five, eight and 11. Bob says: “We obtained about 3,000 copies of original drawings, and also have a Spitfire IX at Good wood which we can go at look at to get detail as required.”

The Tangmere museum reopened to the public on 1 February following a winter revamp, which included the construction of a new Neville Duke tribute display. 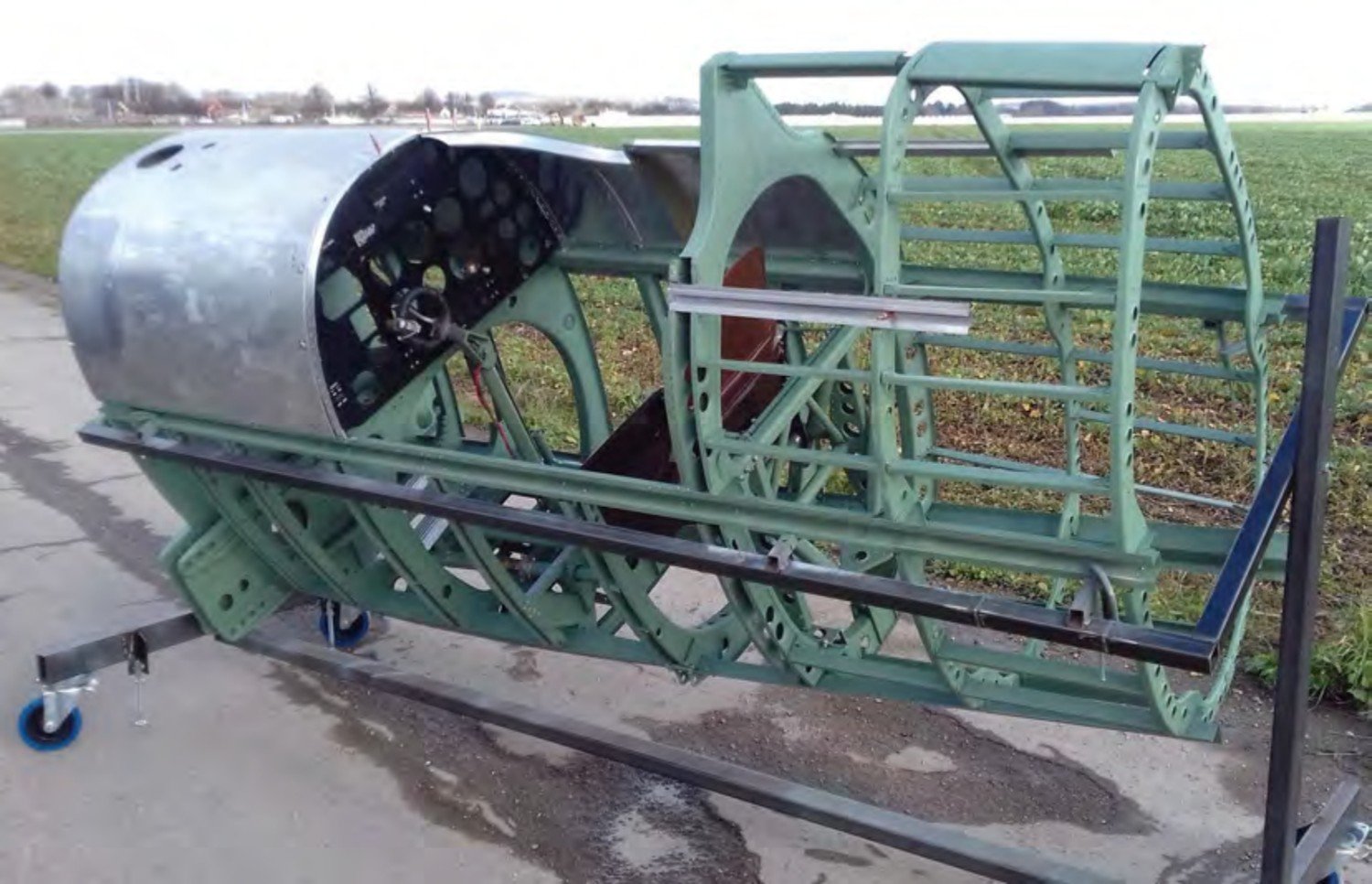 The Spitfire IX simulator after being rolled out into the sunshine in its jigat Tangmere on 17 February.
SIMONFIELDER