In expanding its overseas missionary programme during the late 1940s, the Assemblies of God USA recognised the value of air transport. A C-46 Commando and a B-17 Flying Fortress became its aerial Ambassadors 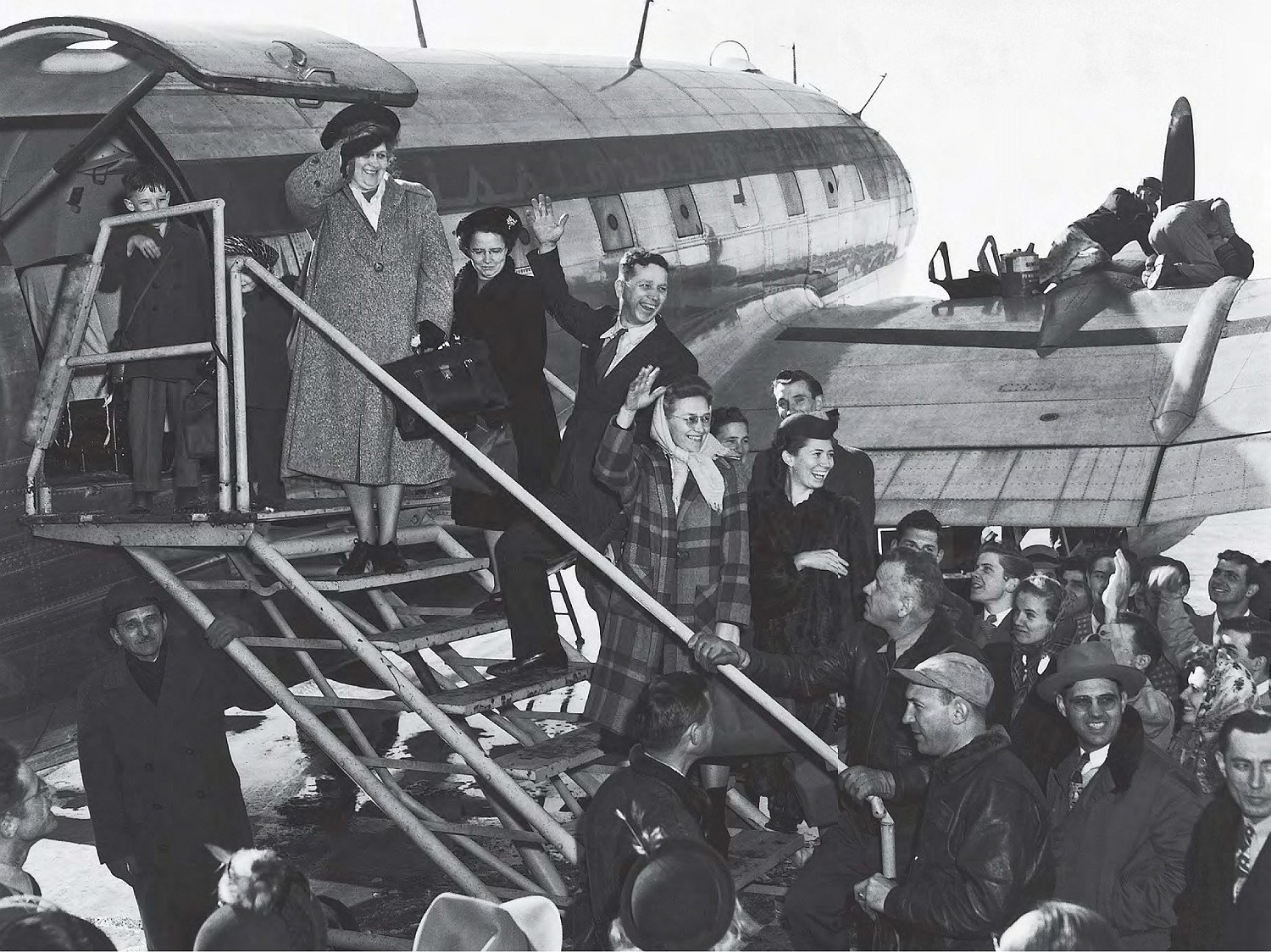 Missionaries about to leave for India aboard C-46D Commando NC5925V Ambassador on 15 February 1949. The children in the doorway are Melvin and Evelyn Snyder; Mattie Personeus is on the top step with a briefcase, followed by Mabel and Emery Snyder, an unidentified woman, and Evelyn Withers McCabe at the bottom of the steps in the black coat.
ALL PHOTOS FLOWER PENTECOSTAL HERITAGE CENTER

To many, the use of aircraft by the Assemblies of God USA was a definite blessing. A few others considered it more of a curse. What is beyond doubt, though, is that this very special operation with two heavy ex-military aeroplanes blazed a trail all of its own. It certainly became a unique chapter in the histories of both the Curtiss C-46 Commando and the Boeing B-17 Flying Fortress.