Walthamstow-born Geoffrey Wellum, who has died at the age of 96, was educated at Forest School, Snaresbrook, and was captain of the cricket XI in his inal term before joining the RAF in August 1939. Within a year he was to become the youngest ighter pilot to ly during the Battle of Britain.

Wellum had barely completed ighter pilot training with No 6 Flying Training School at Little Rissington on Harvards before joining No 92 Squadron on 22 May 1940 at Northolt. He had not yet lown a Spitire. The following day, the CO, Roger Bushell, was shot down near Calais, force-landing before being captured. Three of 92’s other pilots failed to return. Wellum was later to write, “It gave me my irst intimation of what war is about”. A few days later he took a Spitire aloft for the irst time.

On 9 September the unit was posted to Biggin Hill. Forty-eight hours later, with Wellum lying as his light commander’s wingman, No 92 Squadron intercepted 150 bombers escorted by a large number of ighters. Wellum summed up the emotions of that moment 62 years later in his acclaimed book, First Light: “I look into the far distance, the vast panorama of sky. There it all is, the whole arena for bloody battle, and there they are, the enemy. A swarm of gnats on a warm summer evening… the whole spectacle frightens yet fascinates.”

After despatching a Heinkel He 111 off Dungeness, Wellum was in turn bounced by a Messerschmitt Bf 109E. Having run out of ammunition, he was lucky to escape in his badly damaged Spitire. Following the loss of Bushell, Flt Lt Brian Kingcome had taken over as temporary leader of 92. Wellum lew as his wingman, Kingcome naming Wellum as ‘Boy’ and taking the young pilot under his wing. 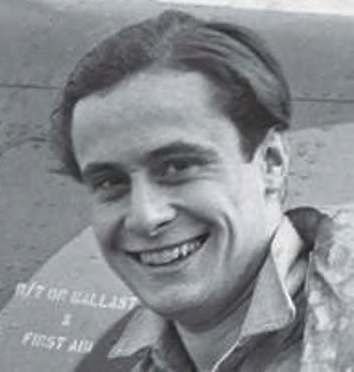 Geoffrey Wellum during his time with No 92 Squadron at Biggin Hill in 1941. 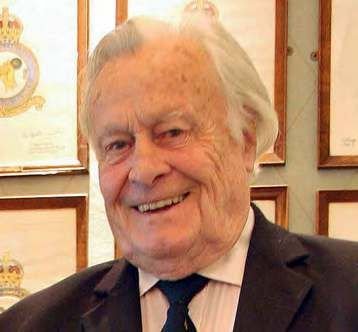 In recent years, Geoffrey Wellum’s recollections of the Battle of Britain had reached the wider audience they richly deserved.
BEN DUNNELL

Following the Battle of Britain, 92 remained at Biggin Hill, and during November Wellum damaged at least three more Luftwaffe bombers. During November 1940 he claimed one Bf 109 destroyed, one probable, and a third probably damaged. He shot down another 109 on 9 July 1941 over France, and that August was awarded a DFC.

Following more than a year of combat flying, Wellum then became an instructor. In February 1942 he was posted to No 65 Squadron at Debden, where he became flight commander the following month, flying fighter sweeps over France. During the last days of July, he travelled to the River Clyde to join HMS Furious and sailed for the Mediterranean to reinforce the fighter defences on Malta. Arriving at Luqa airfield, Wellum joined No 145 Squadron, flying on air defence duties, but he was grounded due to severe headaches and inflammation of his sinuses. Having been sent back to the UK for a rest, Wellum was seconded to the Gloster company at Brockworth to test-fly Hawker Typhoons.

After the war he continued to serve Fighter Command in a number of roles, before joining No 192 Squadron at Watton in 1953 flying the English Electric Canberra on reconnaissance duties. Prior to retiring from the RAF in June 1961 he served at Gaydon on the ‘V-bomber’ conversion unit, and on Thor ballistic missile units stationed in East Anglia.

Wellum then went to work in the City of London, before retiring to live in Cornwall where he began writing First Light. Following publication in 2002 the book became a best-seller, and was adapted for a drama-documentary in 2010, directed by Matthew Whiteman. Geoff Wellum went on to appear in many other TV documentaries, and was a major supporter of the Battle of Britain Memorial Trust.