Of all the 8th Air Force Bomb Groups to fly from England in World War Two, the 100th BG gained a reputation as a ‘hard luck outfit’ for its heavy casualties. Despite the batterings it took on numerous missions, the group remained operational and struck Germany hard. Bob Archer tells the story of the ‘Bloody Hundredth’. 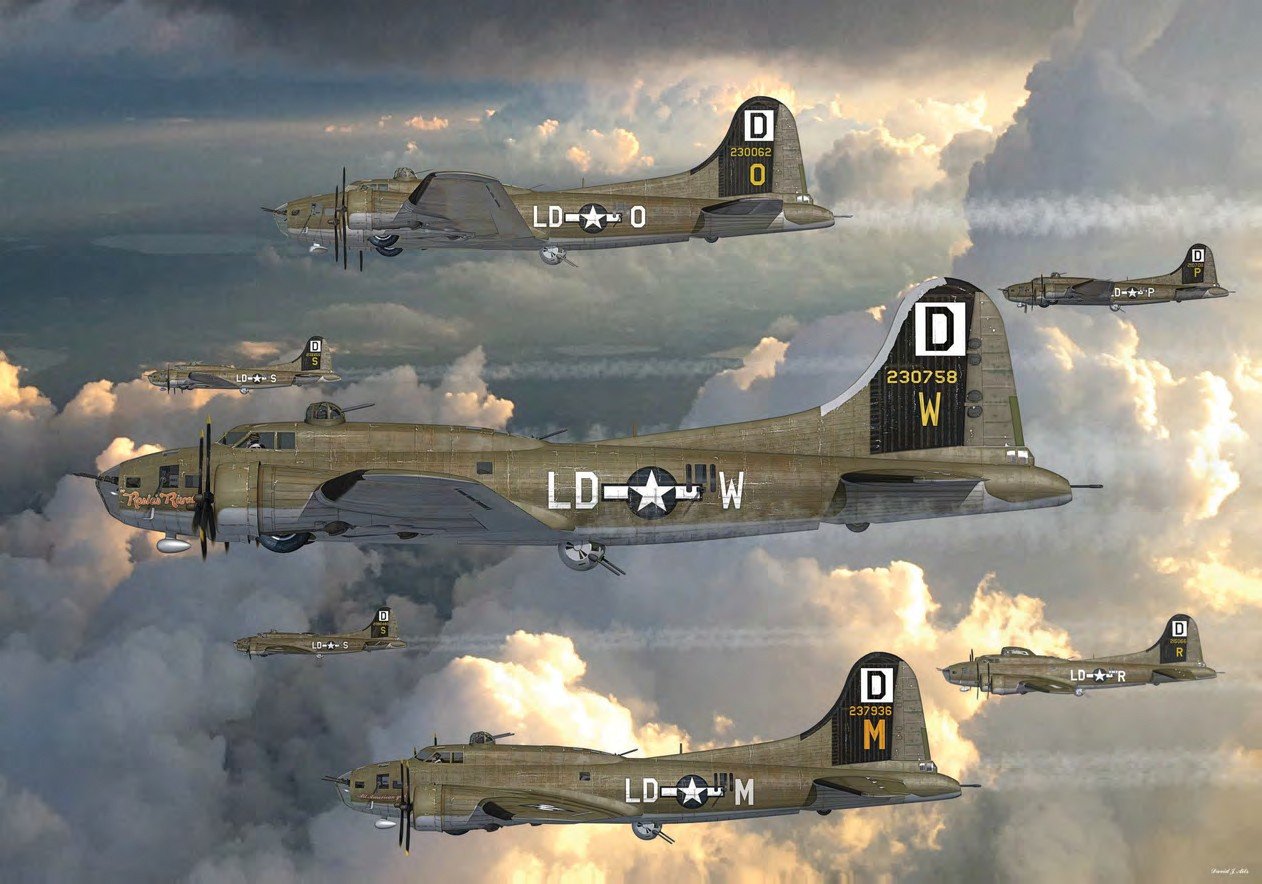 Artwork of a formation of 100th BG B-17s during a raid. David Ails/www.ailsaviationart.com

When the Japanese attacked Pearl Harbor, Hawaii on December 7, 1941, there were just 155 Boeing B-17 Flying Fortresses in service. The raid immediately brought the US into the world war and production orders for the B-17, along with a host of other combat aircraft, skyrocketed. To maintain the massive output required, Boeing established additional B-17 production lines with Douglas Aircraft at Long Beach, California and Lockheed Vega at Burbank, California. A grand total of 12,731 B-17s was built by May 1945 in these plants and at Boeing’s own Seattle factory.