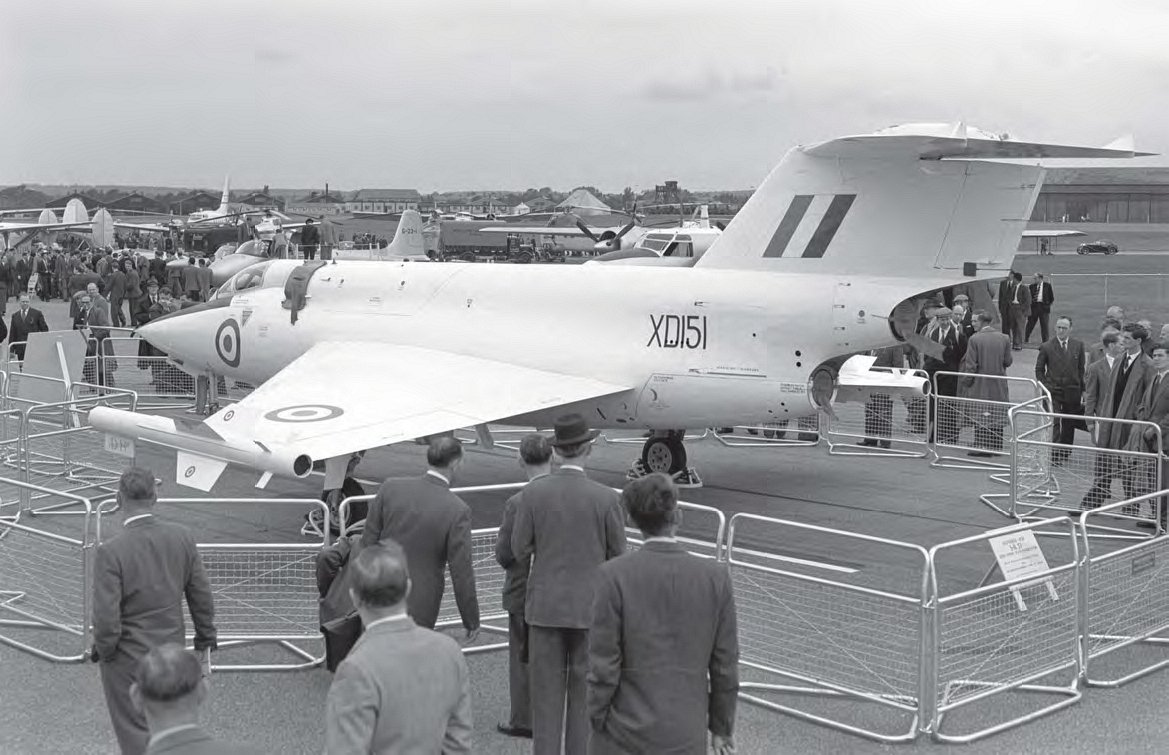 The first chance for close-up public inspection of the SR53 came at the 1957 Farnborough show. As yet unflown, XD151 was roaded in for static display. AEROPLANE

The SR53’s airframe was built almost entirely with a conventional semi-monocoque aluminium structure, except for the centre fuselage close to the high test peroxide fuel tanks, where there was some doubleskinning and some magnesium. The mid- to low-position wing was essentially a delta and had a four-spar structure with full-span retractable drooping leading-edge flaps plus trailingedge ailerons and plain flaps, all hydraulically operated. The tips were clipped to enable them to carry launching rails for a pair of Blue Jay/Firestreak air-to-air missiles. Live weapons were never carried, only dummies, though on some flights pods housing a cine camera and a tape recorder were attached to the wingtip launch rails. Thickness/chord ratio was 6 per cent, the wings had 5° of anhedral and the leading edge was swept to an angle of 42.1°.