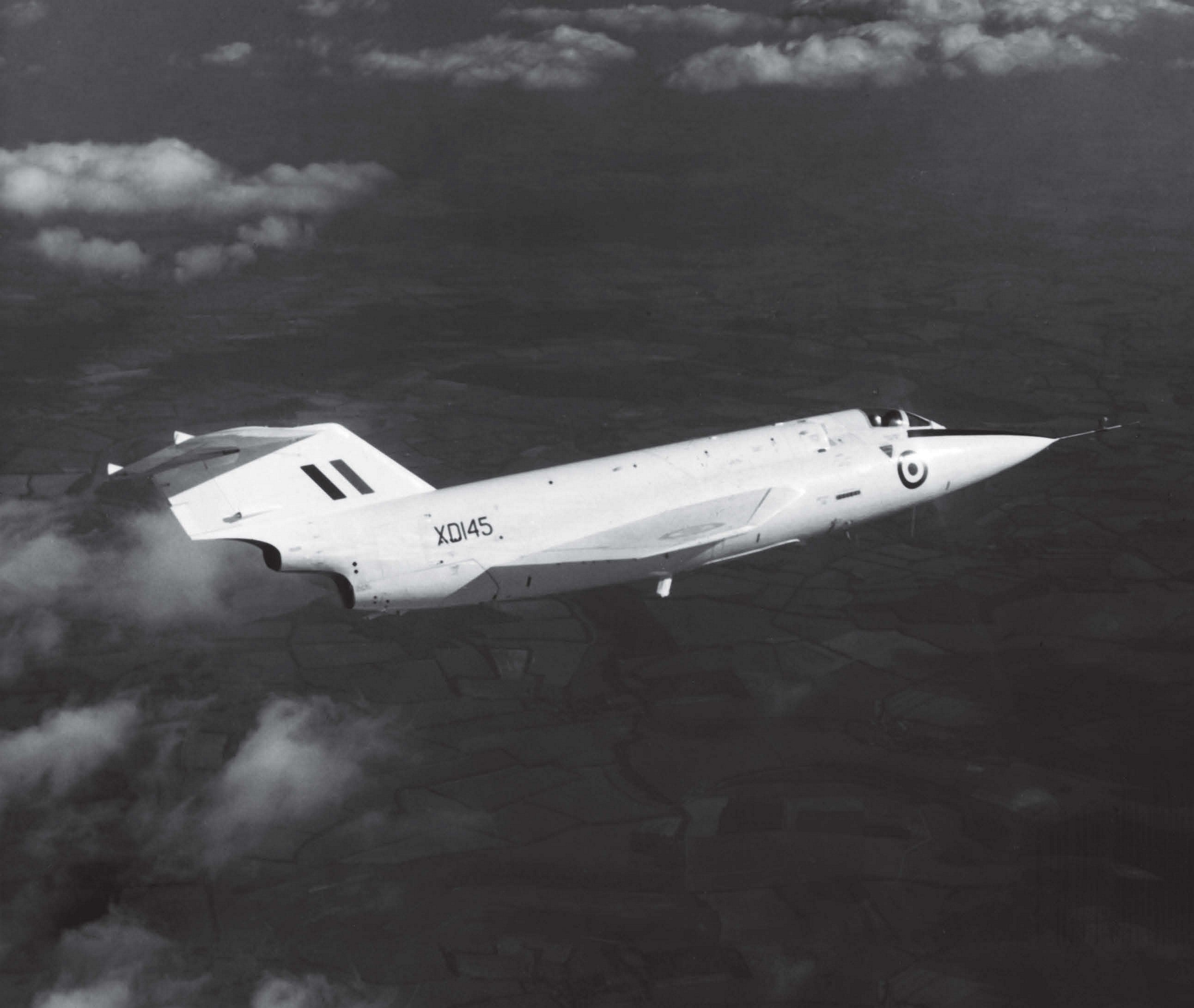 A manufacturer’s photo probably taken on XD145’s second flight, on 27 May 1957. VIA TONY BUTTLER

Given the 1957 Defence White Paper and the cancellation of the SR177, the SR53’s flight trials programme was somewhat devalued. However, amid great secrecy, XD145 was rolled out from its Cowes birthplace in early June 1956. With wings removed, it was transported to the Aeroplane and Armament Experimental Establishment (A&AEE) at Boscombe Down on the 28th of that month.