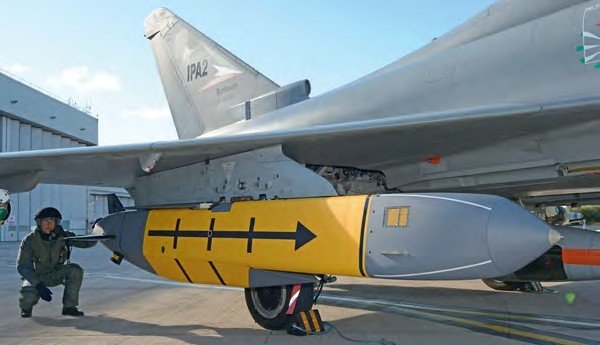 An instrumented Storm Shadow test missile is readied for flight on board a Typhoon – the Italian Instrumented Production Aircraft (IPA) 2 – prior to launch over the Hebrides range. The Storm Shadow is part of the Typhoon’s Phase 2 Enhancement (P2E) programme that will introduce various new and improved long-range attack capabilities.
Jamie Hunter

Last month’s column addressed the challenges of anti-access and area denial (A2/AD), where, among other things, we looked at the considerable advances in defensive surface-to-air missile (SAM) systems. These are now having an increasing impact on an aircraft’s ability to penetrate defences and have certainly made control of the air more of a contest than it has been for the last two decades. Although counters to A2/AD systems include the use of stealth and electronic countermeasures (ECM), another much simpler solution is to avoid them altogether by employing longer-range (standoff) weapons.