STARS OF THE BIG SCREEN: Catch-22

With 16 North American B-25 Mitchells, the aerial armada assembled for the movie adaptation of Joseph Heller’s seminal satire Catch-22 was among the most potent in cinematic history. Perhaps it was in keeping with the often absurdist black comedy that 1,500 flying hours ended up being edited down to 17 minutes… 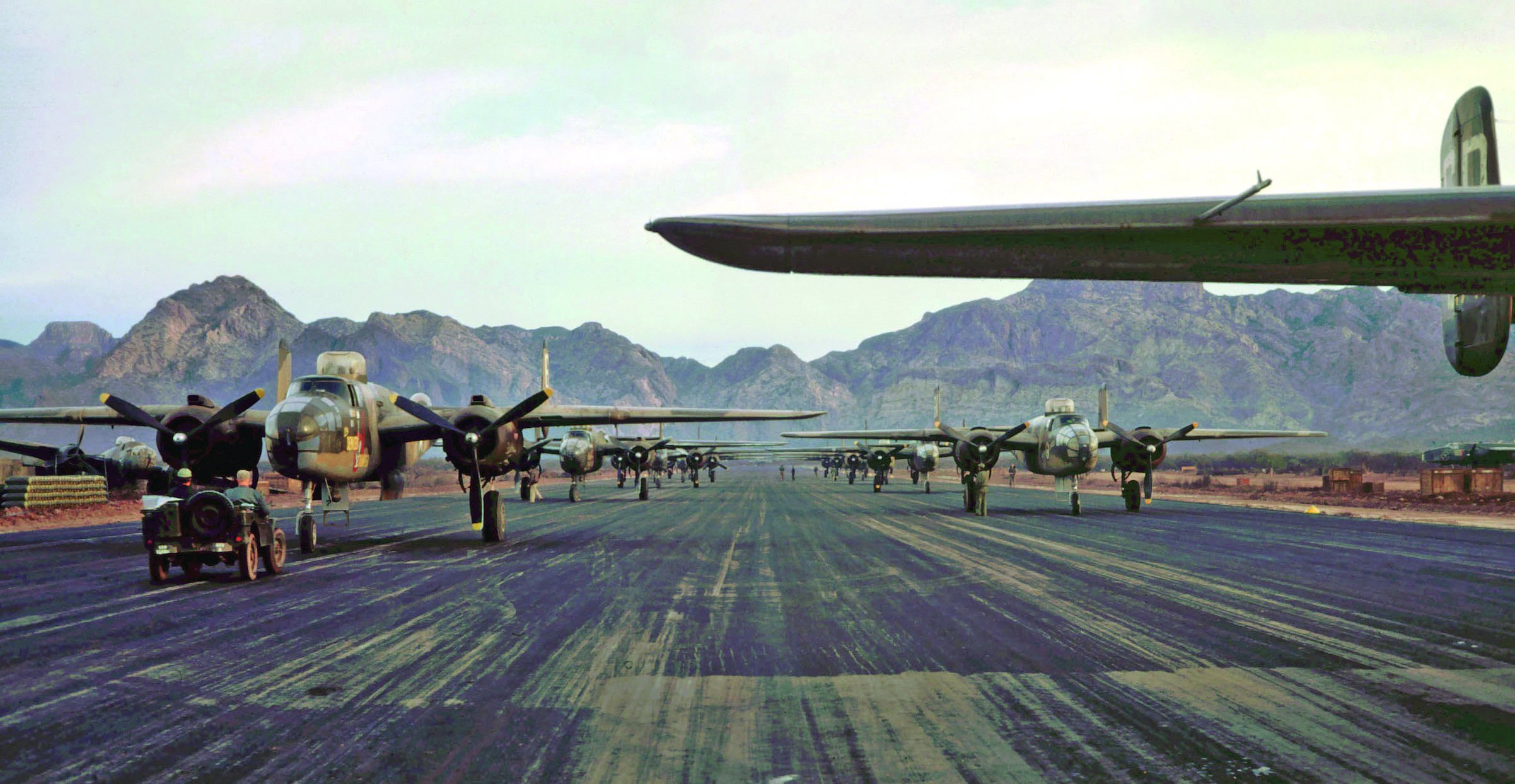 Preparing for the classic Catch-22 scene: 16 B-25 Mitchells lined up for take-off from the film’s specially constructed runway near Guaymas, Mexico.
ALL ‘STONEY’ STONICH VIA SCOTT THOMPSON UNLESS OTHERWISE CREDITED

Brooklyn-born Joseph Heller joined the US Army Air Forces in 1942, at the age of 19. By 1944 he was stationed in the Italian theatre with the 488th Bomb Squadron, part of the 340th Bomb Group, as a B-25 Mitchell bombardier, flying some 60 missions before the war ended. Returning to the United States, Heller became a writer, and in 1953 began what would become his defining literary work, Catch-22.