The start of something big

Even before World War One was over, plans were being made for a museum to commemorate the achievement and sacrifice of those who fought. In the Imperial War Museum’s centenary year, we examine its first aircraft collection, opened at the Crystal Palace in 1920 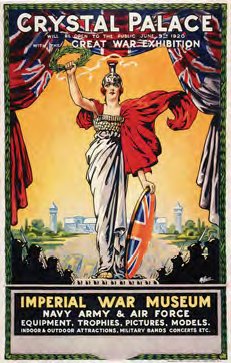 “It has been suggested to me”, wrote Sir Alfred Mond on 27 February 1917, “that it would be of great value for the future to begin collecting for a National War Museum…” Mond was a Liberal MP and the First Commissioner of Works, and the recipient of his memo was the Prime Minister, David Lloyd George. A few days later, on 8 March, the subject was discussed by the War Cabinet. It approved the proposal, and formed a committee with Sir Alfred in the chair.