While Argentina’s A-4AR Fighting hawks are among the last examples of the Skyhawk in active military service, they continue to support front-line roles and played an important part in air policing for the G20 summit in Buenos Aires in November 2018. 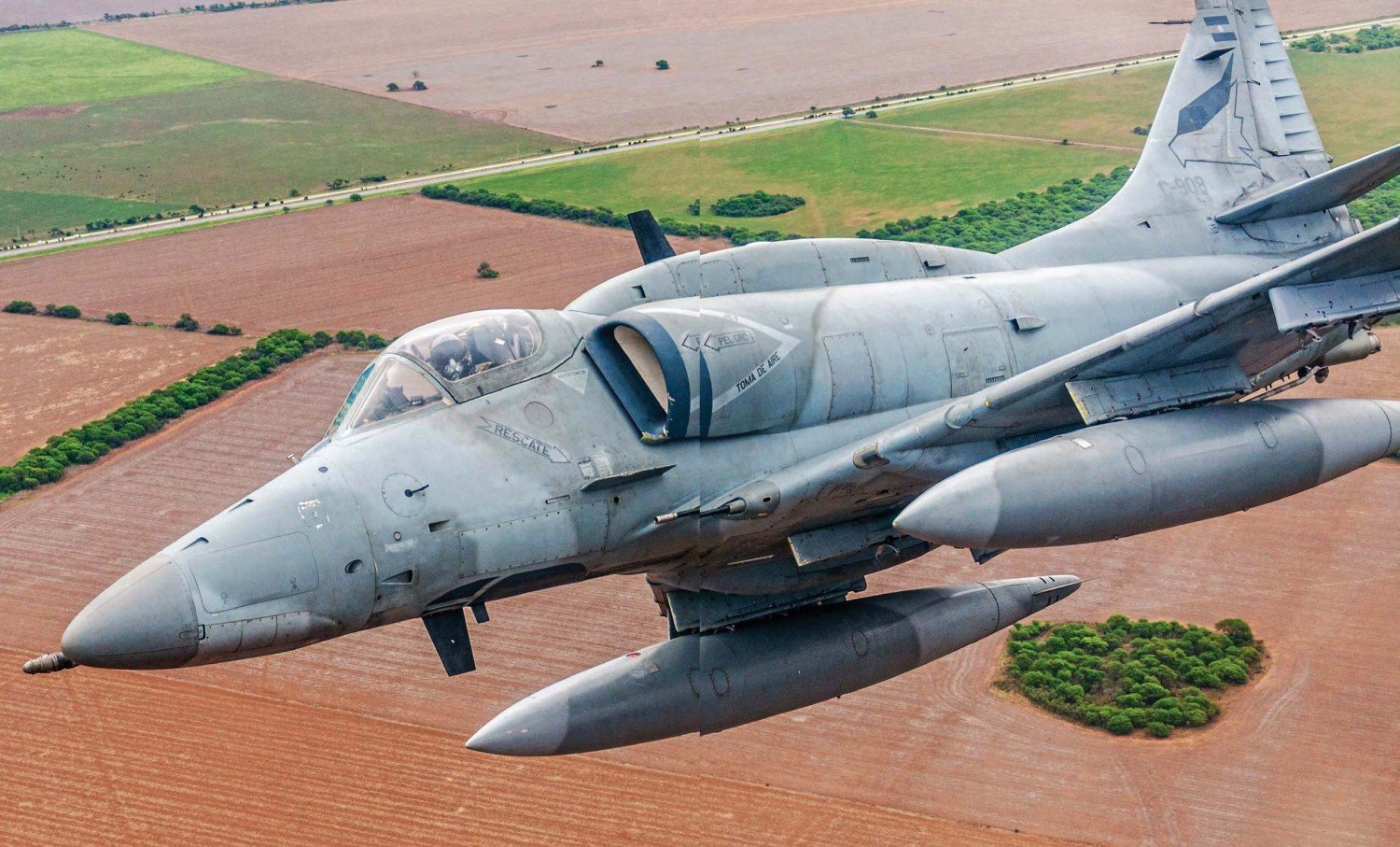 A superb aerial close-up of C-908 at low level near Villa Reynolds in late 2018.

ONCE THE MAINSTAY of US Navy and Marine Corps light attack, the diminutive Douglas A-4 Skyhawk only remains in operational military service with the Latin American air arms of Argentina and Brazil. Almost 65 years after the type’s maiden flight, the Argentine Air Force (Fuerza Aérea Argentina, FAA), is in the twilight of a long relationship with the ‘Scooter’, with its first 12 A-4Bs — from a batch of 50 — arriving in South America on October 30, 1966. It marked the start of what is now a 53-year career in Argentina for the Skyhawk.