Blessed with power in abundance, the English Electric Lightning was the only all-British Mach 2 fighter. The revered and famously noisy jet served the UK well for almost 30 years, as Bertie Simmonds reveals 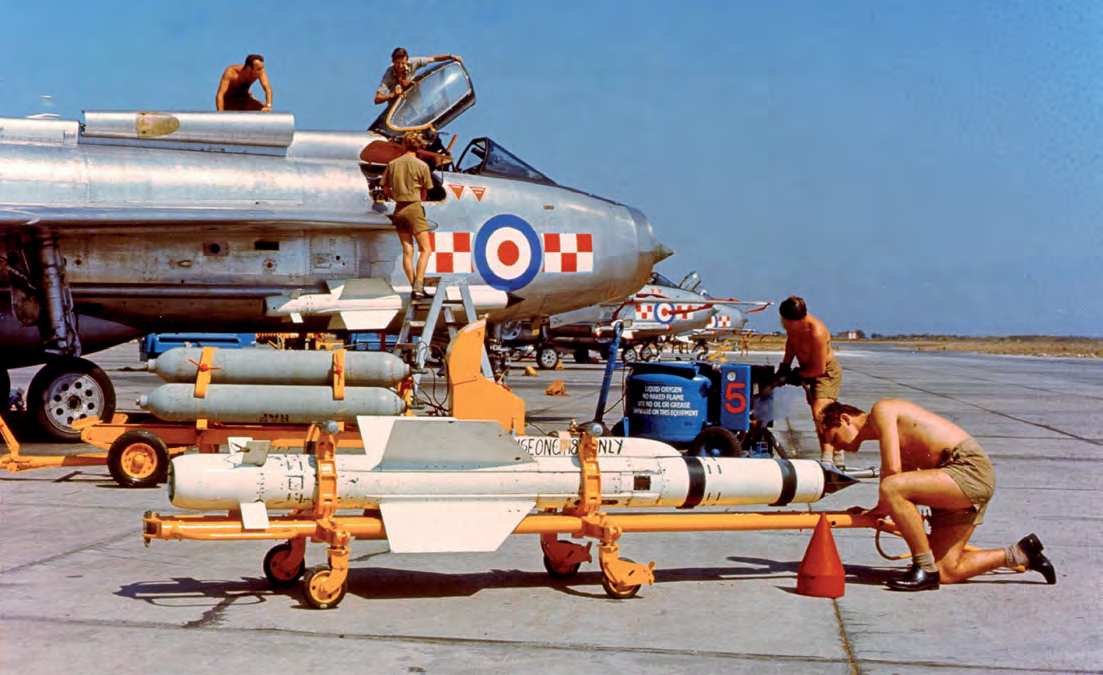 In this image, captured at an Armament Practice Camp in Akrotiri, Cyprus, armourers prepare the aircraft’s Firestreak missile
MOD/CROWN COPYRIGHT 1963

Few British aircraft since the Supermarine Spitfire have inspired such love and devotion as the English Electric Lightning. Designed in the 1950s, at a time of urgent need for faster interceptors, the Lightning was a long-lived servant of the UK during the Cold War period. Only 337 examples were built, but its legacy lives on in the relatively large number of survivors, a few of which are kept in ground running condition.