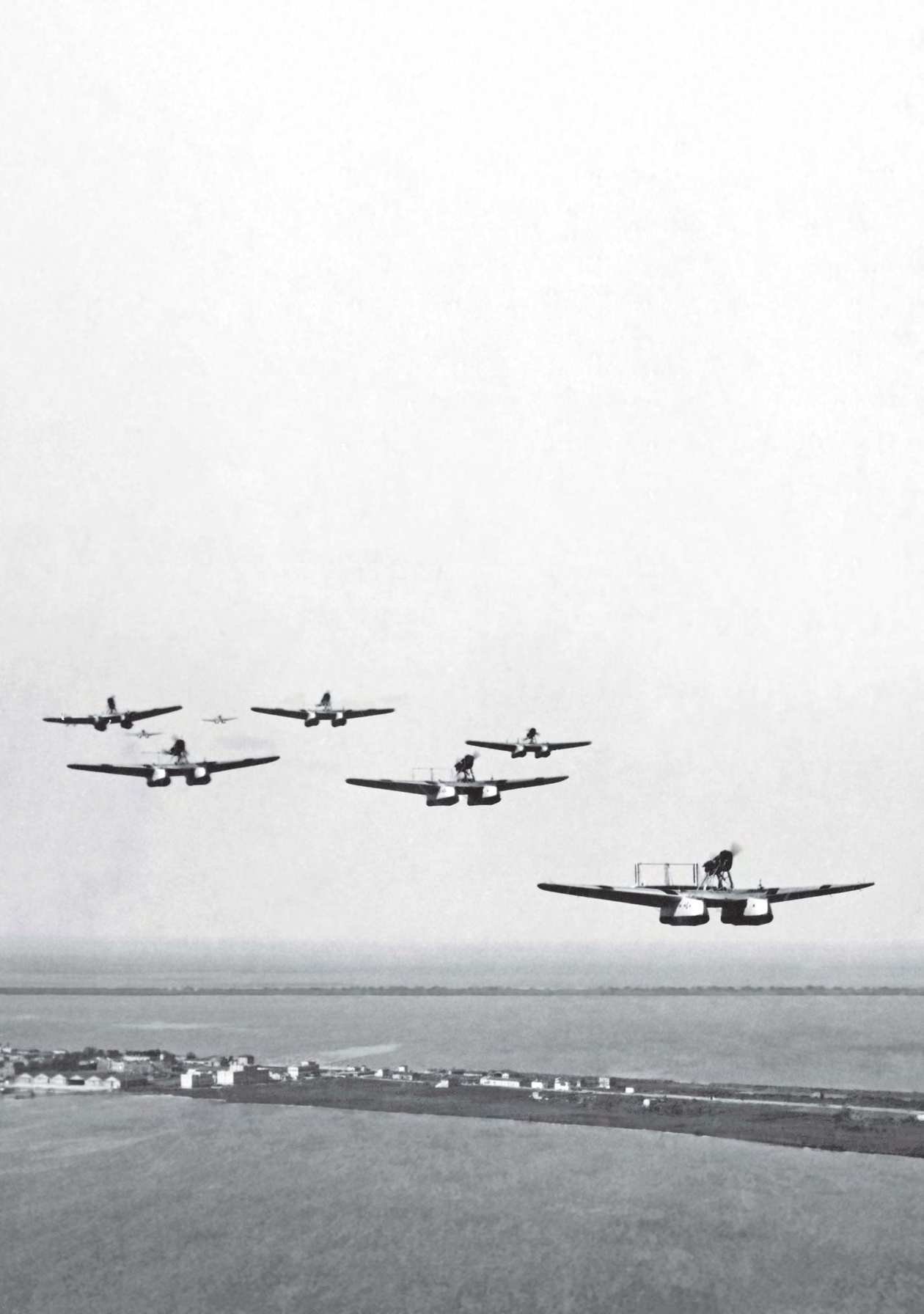 Some of the specially prepared S55As airborne near Orbetello during a training sortie before the trans-Atlantic flight.
ALL VIA LUIGINO CALIARO

For Italy under Il Duce Benito Mussolini, the development of aviation was a means of enhancing national pride and worldwide prestige. Both he and Italo Balbo, his secretary of state for air and air force minister, felt the success of large-scale aerial cruises around the eastern and western Mediterranean proved that such flights could boost the image of Italy throughout the globe. On this basis, towards the end of the 1920s Balbo began to review feasibility studies for an undertaking on an even greater scale: a mass flight by multiple aircraft between Italy and Brazil. The choice of type fell, almost inevitably, on the proven SIAI/Savoia-Marchetti S55, and specifically a development of the S55A, specially modified for the trans-Atlantic crossing with an enlarged hull to contain more fuel. It was powered by two Fiat A22R engines, each delivering 560hp, driving new wooden propellers of increased diameter.